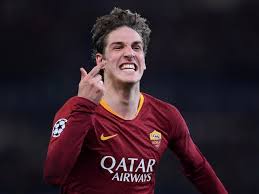 Inter Milan and Manchester United are closely following the situation surrounding AS Roma starlet Nicolo Zaniolo, with many top teams interested in the 21-year-old, according to the Tuttosport reports.

The report details how Serie A giants demand €50-60 million for the Italian playmaker, with Real Madrid and Juventus are also both interested in signing the exciting player.

Previous reports claimed that Manchester United could use AS Roma’s interest in Chris Smalling in order to force them to lower the price tag for Zaniolo.

Inter meanwhile. would consider making a move should Juventus make a serious attempt to secure the services of the Italian, although deciding to buy back a youth product at a high price is always a painful decision.

Nicolo Zaniolo could be the exception for Inter Milan, however, considering that he is one of the most promising Italian plauer, the report continues. Inter would also can sign him for €7-8 million less then Man Utd, due to the fact that they would earn 15% on a future resale of the player, as agreed when he was sent to AS Roma two years ago in the Radja Nainggolan deal. 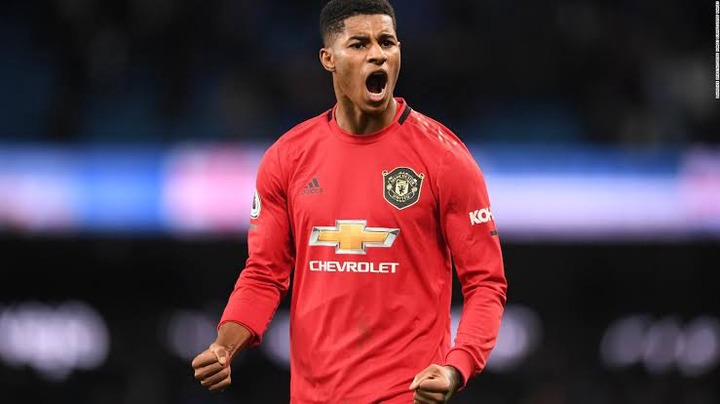 Paris Saint-Germain have reportedly identified Manchester United striker Marcus Rashford as their No.1 transfer target during the summer transfer window.

The Ligue 1 giants currently boast the likes of Kylian Mbappe and Neymar in their star-studded attacking ranks, however, both players have been rumoured with moves away amid interest from Real Madrid and Barcelona respectively.

The Independent claims that Ligue 1 champions have earmarked Rashford as a player who could fill in for either player should they depart from the Parc de Princes, however, who could also complement the pair if they sign new deals at PSG.

PSG head coach Thomas Tuchel has reportedly told the French giants hierarchy that the 22-year-old is underappreciated in England and believes that his versatility, in particular, would make him perfect addition to his starting XI.

Rashford is willing to consider an offer, particularly if the Red Devils miss out on Champions League qualification once again this season, while PSG would be able to afford his expected price tag of more than £100m.

The 20-times English Champions would be reluctant to sell their homegrown talent, however, could be more open to a big-money bid due to the emergence of Mason Greenwood and stunning form of Anthony Martial this campaign.

England international Rashford has managed to found back of the net 21 times and provided 10 assists in 38 games across all competitions in 2019-20 season. 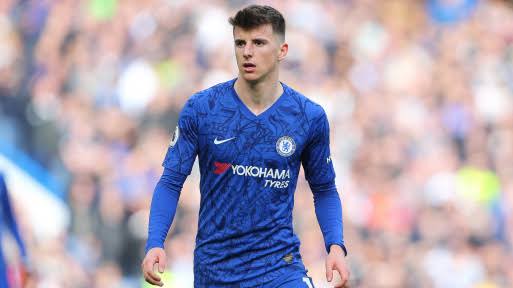 DAVID DE GEA has become the target of furious Manchester United fans once again after TWO horror mistakes against Chelsea.

The Spaniard, once arguably the best goalkeeper in world football, has suffered from a shocking loss of form in the last couple of years.

He was at his very worst at Wembley on Saturday, directly responsible for two Chelsea goals in the FA Cup semi-final.

The French striker turned in a Cesar Azpilicueta cross to the near post that wiggled right through the goalkeeper.

Then, just a minute after the second half started, De Gea produced another howler when he failed to stop Mason Mount's shot.

Mount - scoring his first goal in 26 games - intercepted a shocking Brandon Williams pass before striking from outside the box.

Although it was well hit, it was a strike one would expect a Sunday league goalkeeper to save.

Mason Mount hasn’t scored in 26 matches, but he’s put this one away.

The midfielder picked off a Brandon Williams pass in the middle of the park and ran at goal. His shot was a speculative one given the distance, but David de Gea was shaky and the ball went right through him.

It has to go down as a keeper error, but you don’t get those goals unless you take chances, and the midfielder has done his bit to double Chelsea’s lead here.

It was a vital contribution from a player who has really stepped his game up since the restart. He might just have won us this game.

You can see the goal in the clips embedded below:

LEI 4-2 MAN: 2 Wrong Decisions Man United Coach Made In Today's Match That Contributed To His Defeat