Footballers Who Came Back From Career Threatening Injuries

Injury is the most terrifying thing that can happen to a football player. It is, without a doubt, every footballer's worst nightmare. As a result, some players are hesitant to engage in tackles. Injuries disrupt both the player's and coach's plans, and, more crucially, they can end a player's career. Many players' careers have been ruined by injuries. There are, however, players who have come back from career-ending injuries. They're all listed below. 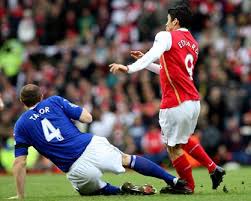 The 2007/08 season was the first time Arsenal was playing without thierry Henry, but the young team impressed by mounting a title threat. They were on their way to winning the Premier League when Eduardo suffered a horrific injury as a result of a harsh tackle from Birmingham City's Martin Taylor, who broke his leg. The injury was so bad that the players were on the verge of crying when they saw the extent of the damage. Eduardo was never the same after the injury, and while regaining his shape and talent after nearly a year, he has never regained his previous form and talent. 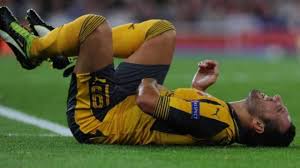 He is one of the few footballers who can return from injuries as quickly as he did. In the red and white of Arsenal, Santi Cazorla was once described as a wizard. However, he was sidelined for more than a year and a half due to a series of injuries, until a critical one forced him to quit. Cazorla had eight ankle surgeries due to an Achilles tendon problem. Doctors predicted he would never be able to return to the football field. Cazorla, on the other side, made a good return to Villarreal in the 2019/20 season, leading them to a strong finish. In addition, before joining Al Sadd in the Qatar Stars League, the veteran was called up to the Spanish national squad once more. 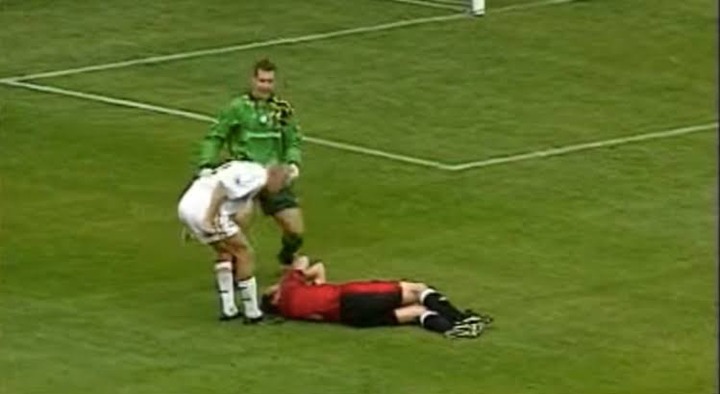 Manchester United icon Roy Keane is well-known. His never say die attitude and leadership abilities are well-known. In the 1997/98 season, though, Keane sustained an anterior cruciate ligament injury (ACL) that nearly terminated his career. ACL injuries were more feared back then since contemporary health care procedures and equipment were not available to aid players in their recovery. The following season, Keane returned to play and led United to a historic double. Keane, on the other hand, never forgets. He hurt Haland (the guy who gave him the ACL injury). In his 2002 autobiography, Keane revealed that he planned to harm Haland, saying, "I'd waited long enough." I smacked him in the face. 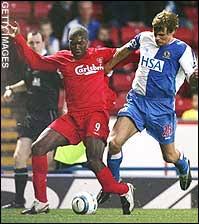 Cisse joined Liverpool from Auxerre, where he had scored 70 goals in 128 league games. Cisse made a slow but respectable start to his Liverpool career, and Rafael Benitez was happy to pay £14 million for his talents. On the 30th of October 2004, the Reds were playing at Ewood Park, and it was Cisse's 20th competitive game for his new club. The Frenchman and Blackburn defender Jay McEveley were fighting for a fifty-fifty ball late in the first half. Cisse's foot got entangled in the turf and both his tibia and fibula were broken. It was a dreadful thing to happen, and Cisse's playing days would have been finished if it hadn't been for the prompt medical attention he received. He remained absent for seven months before returning as a substitute in Liverpool's Champions League tie against Juventus in the second leg. In June 2006, France was playing China in a pre-World Cup warm-up match when Cisse shattered his leg for the second time, causing him to withdraw from the tournament. After returning from his second long-term injury, Cisse played for Marseille, Sunderland, Panathinaikos, Lazio, Queens Park Rangers, Kuban Krasnodar, Bastia, and JS Saint-Pierroise. At the age of 34, he retired in 2014. 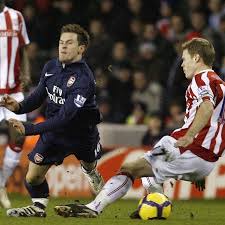 Ryan Shawcross, like Aaron Ramsey, would likely remember that day for the rest of his life. After his horrible challenge on Ramsey, the Stoke City defender was in tears, and it was a ridiculous thing to do to Ramsey, who was showing a lot of promise at the age of 19. The challenge shattered both the tibia and fibula of his right leg and occurred on February 27, 2010 at the Brittania stadium. That day, Arsene Wenger was the personification of frustration, and he had every right to be. After his injury nightmares, the Welshman returned in November and was loaned out to Wolverhampton Wanderers and Cardiff City as part of his recovery. When he scored the game-winning goal against Manchester United in 2011, his first goal since returning from injury, his career took a turn for the better. Ramsey has grown as a player and got much appreciation for his performances for Wales at UEFA Euro 2016. 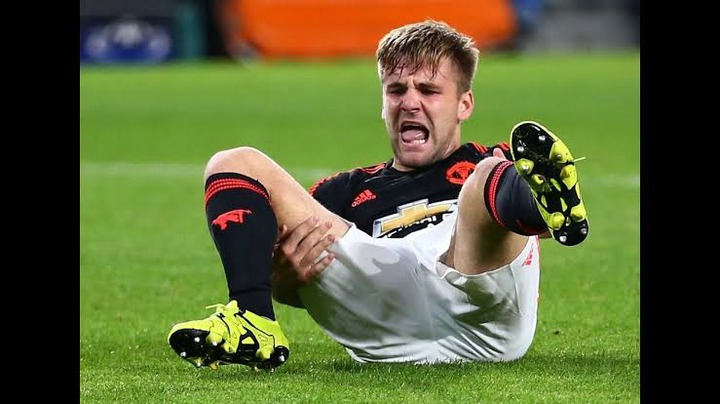 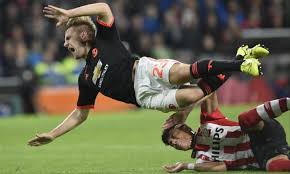 Manchester United had to pay Southampton £30 million to persuade them to surrender their prized possession. When the Red Devils spent that much money on an 18-year-old, a few heads turned, but Shaw was putting in some solid performances at the start of 2014 season, justifying his price tag. Until mid-September, he had started every league game, but things took a turn for the worst. United was playing away at PSV on September 15, 2015, and Hector Moreno's two-footed challenge on Luke Shaw turned out to be a tragedy for the latter. Shaw broke both legs and was carried out of the Philips stadium on a stretcher while wearing an oxygen mask. Following the injury, there was a 9-minute stoppage, and Shaw missed 305 days of activity before returning to the United squad for pre-season. 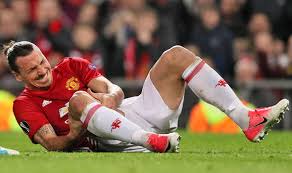 “Lions do not recover in the same way that humans do!” When Ibrahimovic returned from a cruciate ligament injury that many feared would finish his career, he said those words. If you're familiar with Ibrahimovic, you'll know how skilled he is at making snarky comments during interviews. That's why, upon his return from the cruciate ligament injury, he couldn't help but add, "Lions don't recover like men." Ibrahimovic was 35 years old when he suffered the injury in the Europa League against Anderlecht. Many players would retire at that age after suffering such a terrible injury, but Ibrahimovic pulled a rabbit out of a hat when he recovered earlier than predicted. It's absolutely incredible. Perhaps lions don't heal as well as humans. His is 39years old now. We hope that Lions don't get wounded like men, because we'd like Zlatan to stay injury-free for as long as possible. 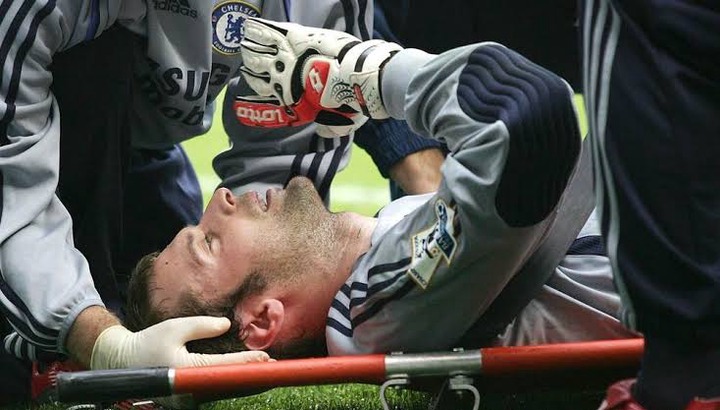 Most football fans associate Petr Cech with rugby-style headgear when he is discussed. On the other hand, the great goalkeeper did not start wearing it as a fashion statement. It was the only thing keeping him from quitting football. After suffering a catastrophic skull fracture in 2006 that left him in a near-death position, Cech began wearing the equipment to protect his head. Much of Cech's success as a goalkeeper came after the incident, as he went on to win the Champions League with Chelsea, as well as numerous domestic titles and the Premier League's cleanest sheets. His redemption story is as emotional as it gets.