How Pep Guardiola Improves His Players

By TheWaleAgbede (self meida writer) | 19 days

“The intention is not to move the ball,” Pep Guardiola once said. “Rather, it is to move the opposition.”

The Catalan coach is a master of controlling games through complete domination of the ball, but it’s not something his teams pick up overnight. It takes constant work on the training ground, and high levels of concentration and tactical understanding from his players. 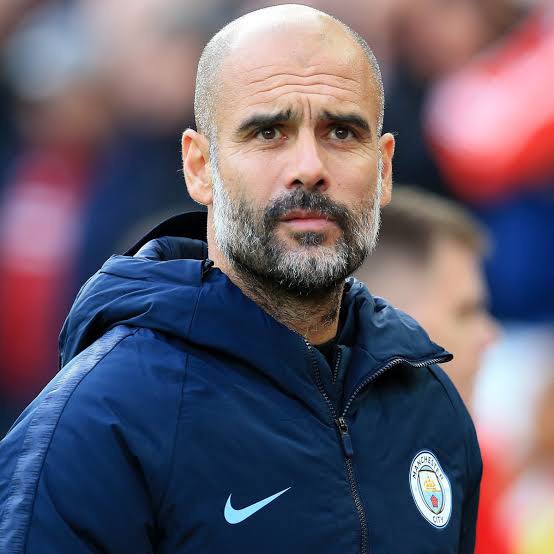 The most significant and important of Guardiola’s training ground routines is the Rondo, which he has used at Barcelona, Bayern Munich and now Manchester City with great success.

As with many of his ideas, Guardiola was influenced in his use of the Rondo by the great Johan Cruyff. "Our model was imposed by Cruyff,” said midfielder Xavi Hernandez when Guardiola was at Barcelona. “It’s an Ajax model. It’s all about rondos. Rondo, Rondo, Rondo. Ever single day. It’s the best exercise there is. You learn responsibility and not to lose the ball. If you go in the middle, it’s humiliating. The others applaud and laugh at you.”

So what is the Rondo?

In effect, it is a game of piggy in the middle, only played with the feet and with almost inconceivable levels of technical proficiency. Most commonly, Guardiola uses an 8 vs 2 Rondo: eight players stand in a circle and attempt to pass to each other, while the two in the middle aim to dispossess them. It’s a simple drill but one that has proved highly effective. 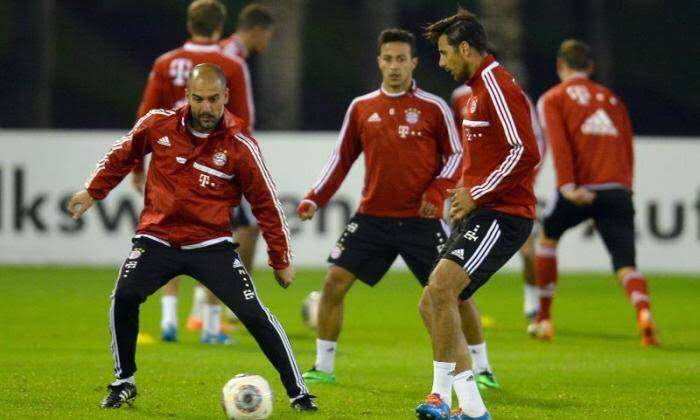 The goal of the players on the outside of the circle is to reach a target: usually 30 passes. If one of the players in the middle retrieves the ball, the drill restarts, and the man responsible for losing the ball takes his place.

For Guardiola and his players, the Rondo has multiple benefits: it improves technique in tight areas, encourages intelligent movement and forces players to pass the ball in neat triangles. All of this is in evidence when his teams take to the pitch, and Manchester City’s dominance in these areas is clear to see.

From a defensive point of view, the Rondo is perhaps even more valuable. Those in the middle learn to press with maximum efficacy, closing down passing lanes and attempting to read the intentions of the player on the ball.

“Everything that goes on in a match, except shooting, you can do in a rondo,” Cruyff once said. “The competitive aspect, fighting to make space, what to do when in possession and what to do when you haven’t got the ball, how to play ‘one touch’ football, how to counteract the tight marking and how to win the ball back.” 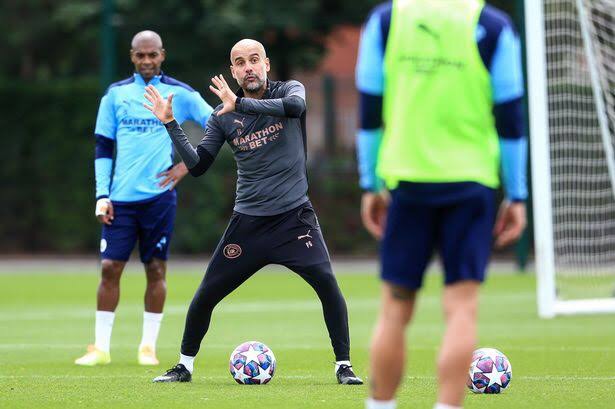 Guardiola clearly took this to heart. Every training session at Manchester City – and at Barcelona and Bayern – begins with a Rondo. There are variations, too: sometimes it may be a 6 vs 2, a 5 sa2 or a 3 vs 1 Rondo.

And sometimes Guardiola switches to a positional game, similar to a traditional Rondo but with an added element. The drill is 4 vs 4 with three ‘neutral’ players, who take the side of whichever team has the ball. In effect, it becomes 7 vs 4, although when one team wins the ball back the drill continues. The team who have lost the ball can immediately counter-press in an attempt to win it back. More than anything, it teaches the players to move intelligently off the ball.

The intensity of the drills is crucial too. Guardiola insists on maximum focus, not allowing any player to slack off or joke around. “Even the rondos: it’s with 100% effort or you don’t do them at all,” he has said. “If the players don’t like them then they are welcome to go mountain running, but in that case we’ll never reach our potential.”

Gradually, after the initial shock, the players become accustomed to the intensity required in Guardiola’s rondos. It’s not a casual exercise to warm the players up before the training session begins. It is, without doubt, a fundamental part of the development of Guardiola’s teams.

A story told by Domènech Torrent, a former coach at Barcelona and Bayern, shows the process that took place after Guardiola arrived in Munich. In Martí Perarnau’s book, Pep Guardiola: The Evolution, Torrent explains the transformation on the training pitch. 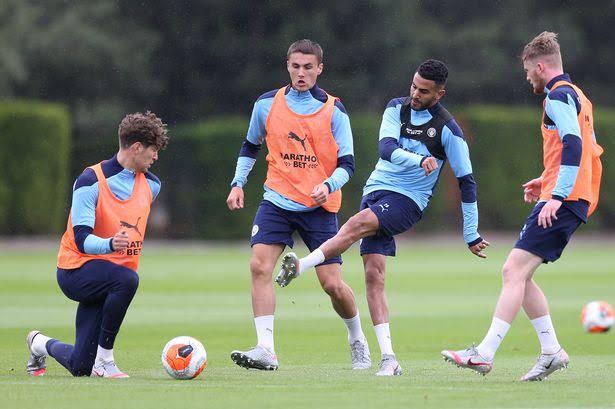 “What happened with the rondos is probably the best example of the process of adaption they all went through,” he said. “The players started out seeing them as a bit of a laugh, a good way to start and end the warm-ups. The ball could end up ten metres outside the perimeter of the rondo circle without ever having touched the ground. But from day one Pep insisted that they pay attention to how they positioned themselves, how they received the ball, whether they controlled it with their left or right foot.

“The Bayern players grasped his point very quickly. I remember one day comparing the rondos of the early days with what they had become by the end. It was amazing. Like looking at two entirely different exercises. By the end of our time there, that ball was flying.”

The same level of discipline has been instille at Manchester City. And the players, already performing at an extraordinarily high level, have only gotten better as time progressed.

The Rondo, a humble training drill, has been a crucial part of the team’s improvement over the last few years. It is an encapsulation of Pep Guardiola’s coaching philosophy, a conduit through which his basic principles are channelled onto the pitch.

Video: Ada Ameh Feeling Good As She Rocks The Dark Sunglasses Given To Her By Jim Iyke

Here Are Top 6 Clearest Waters In The World

Check Out 7 Most Popular Festivals Celebrated in South West

All You Need To Know About Israel's Previous Conflicts With Lebanon