By Faahionworld (self media writer) | 1 year ago

Manchester United is one of the best club in the league and what they are doing at the moment is great, they gave humiliated some top teams in their history

In this article we will be looking at Clubs Manchester United Have Humiliated Across Europe Top 5 Leagues. 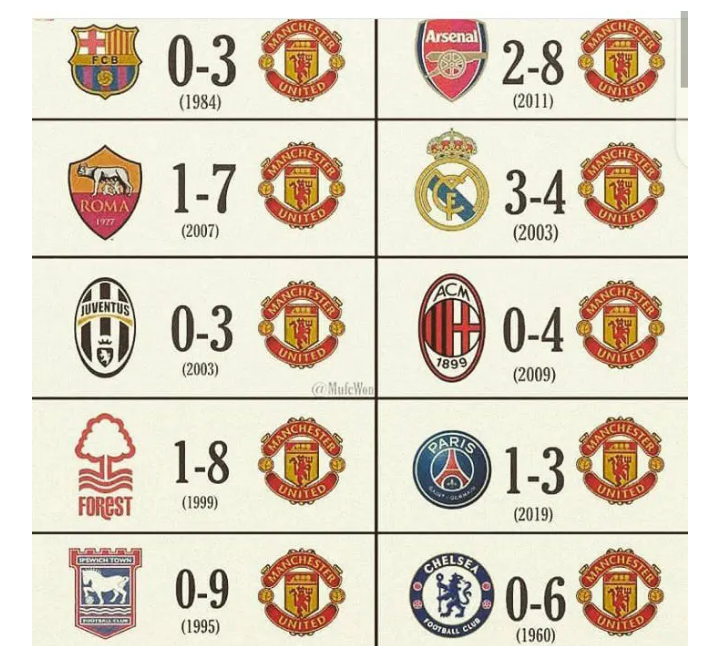 Manchester United Nick name the red Devils are currently paving way in the league and believe me they have battered many clubs times without numbers.

How many teams will Still collect at their hand