Former Nigerian Footballer Nwankwo Kanu has recalled the day his wife Amara saved his life and then nursed him back to health.

After putting their three children to bed, the Arsenal legend and his wife were enjoying the peace and quiet. They were about to go to sleep, but the former striker’s hammering heartbeat was keeping Amara awake.

She recalls: “His heartbeat sounded much louder than normal. I was listening to his chest and it sounded odd.”

Amara, , couldn’t shake the niggling feeling that was something wasn’t quite right and insisted her husband get it checked immediately.

Kanu, , says: “She was saying I should go for a check-up so I took her advice.”

And Amara, who runs an interior design business, was proved right because experts told him there was further damage to his heart and he urgently needed a second operation.

“It was the same faulty valve,” she says. “It was like a ticking time bomb. It’s just one of those things we were lucky to find out.”

Not only did she save his life, Amara also nursed him back to health and has now written a book called Healthy Living with Amara Kanu, inspired by her battle to get her husband back on his feet.

Kanu’s first open-heart surgery was in 1996 after a routine medical examination at Inter Milan revealed the serious heart defect. He was a professional athlete at the top of his game and had just helped his native country of Nigeria win gold at the Olympics.

It was a complete shock but Kanu says: “Now I know that being fit and strong doesn’t make your heart 100%.”

It took him a year to recover and return to Inter Milan, before being signed by Arsenal for a reported £4.15million in 1999. His comeback was cemented by a hat-trick in the final 15 minutes of a game against Chelsea later that year.

In 2000, he set up The Kanu Heart Foundation to help underprivileged children across Africa with heart problems.

So far, it has helped save the lives of 538 children needing urgent heart operations. The couple’s next ambition is to open a new hospital in Nigeria so that families do not have to travel outside of the country for treatment.

Kanu, who retired from professional football in 2012, and Amara knew he was always likely to need another valve operation at some point. 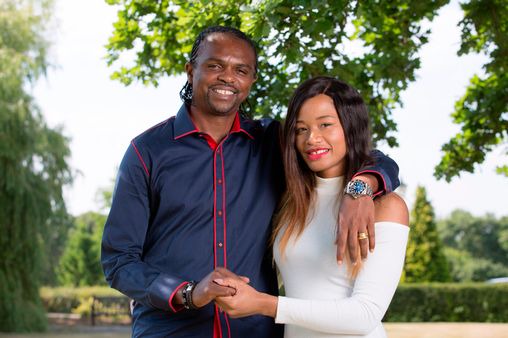