By MENTORYINKER (self media writer) | 1 year ago

After defeating Liverpool few days ago, Arsenal went on to conquer Pep Guardiola's Manchester City in the FA Cup Semi-final on Saturday night. It was a night full of actions from both teams as the two coaches displayed their technical abilities to make sure their teams qualify for the FA Cup final at Wembley. However, Mikel Arteta's men came out victorious in the match. Although, it was not an easy win, but my critical analysis of the match reveals that Arsenal used about three strategies that work out effectively on the night. These three strategies include the following; 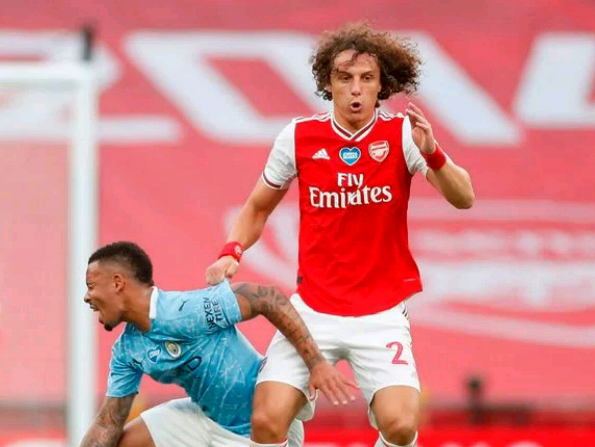 Firstly, Arsenal built a strong defence that did not only neutralize the creativity of Man city players but also soaked all the pressures from the blues. David Luiz was of course one of the star players of the night. His presence in Arsenal's defence really gave Manchester City a run for their money. He was able to make good clearances that could have led to goals. Arsenal's goalkeeper was rarely tested by Man City as the outstanding performance of the defence gave the goalie all the protection needed. All thanks to David Luiz, Tierney and others. No wonder both players were rated 9 out of 10 after the encounter. This is the first strategy that Manchester City could not find solution to. 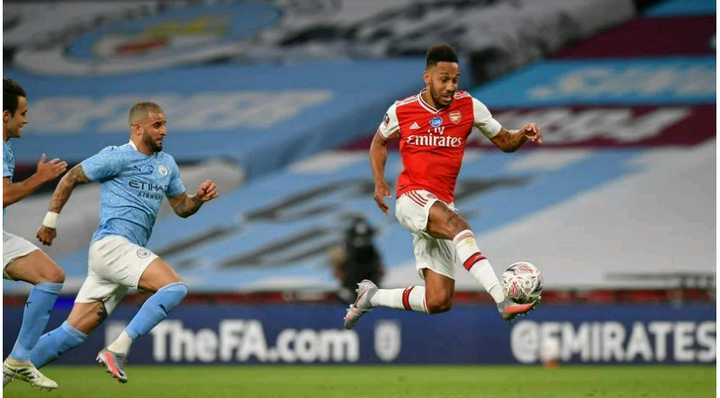 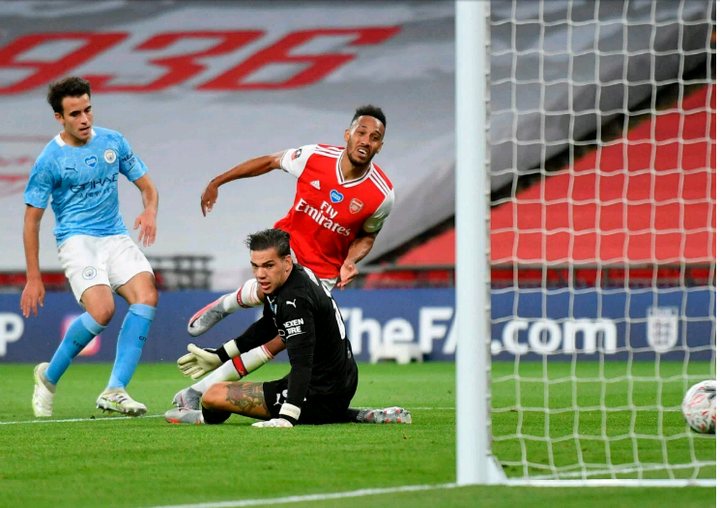 Secondly, the selection of Aubameyang, Pepe and Lacazette as the three forward for the night was really strategic. While David Luiz and his defence-mates were absorbing Manchester City's pressures, Aubameyang and Lacazette were taken Manchester City on a counter attack. The first goal was a superb finish from Aubameyang after receiving the last of the 18 passes moves by the Gunners. In the 71st minute, Aubameyang doubled the team's lead after beating City's offside trap and putting the ball at the back of the net. I think this is a strategy Pep did not see coming or probably didn't believe will work out well against his team. However, Aubameyang, Pepe and Lacazette really prove to be the reason why City will not reach the final of the FA Cup this time. 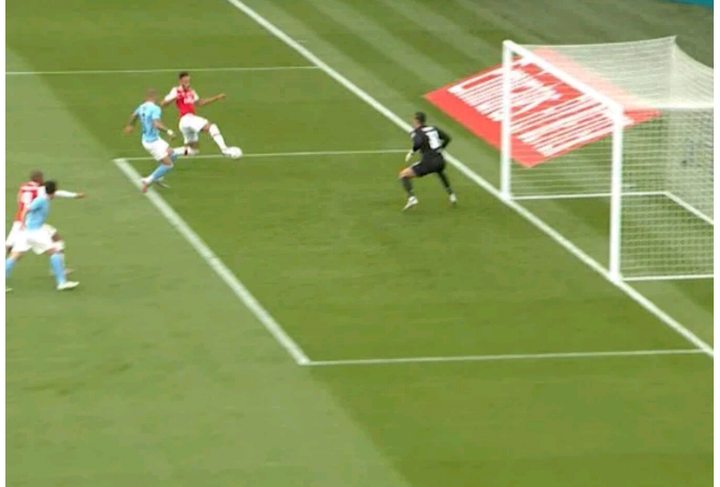 The third strategy I observed from Arsenal is on the part of the coach. It is not just about watching the match but been able to read the game to spot the weakness of the opponent. Anyone who watched the match will definitely enjoy the free flow of football from Machester city. But it takes a good coach to understand that city are leaving spaces as they go forward and this was the spot Arteta's boy's took advantage of and eventually won the match convincingly. Finally, with this win, Arsenal has qualified for the FA Cup final for the 21st times. They will have to meet the winner between Manchester United and Chelsea later tonight. But I am of the opinion that if Arsenal can keep the momentum they used against Liverpool and especially against Manchester City in the semi-final, they will probably lift the FA Cup again.

Content created and supplied by: MENTORYINKER (via Opera News )