Real Madrid against all odds sealed qualification to the Champions League round of 16, with a 2-0 victory over Borussia Monchengladbach on Wednesday night, thanks to Karim Benzema who scored a brace as Real Madrid put in one of their best performances of the season to beat Borussia Monchengladbach 2-0 and qualify for the Champions League's last-16. 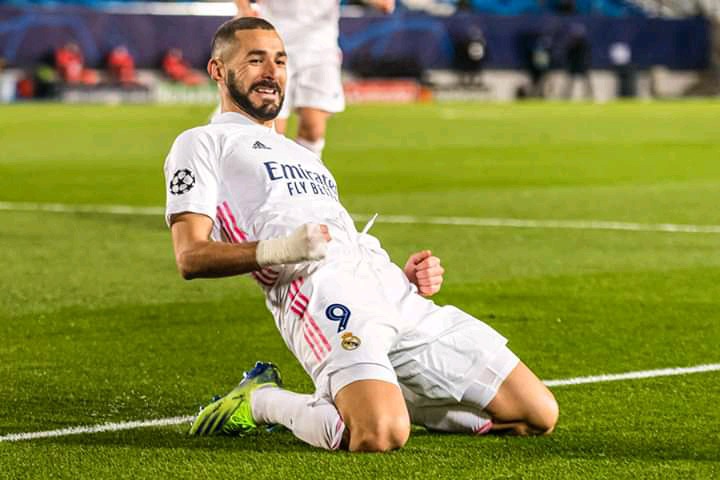 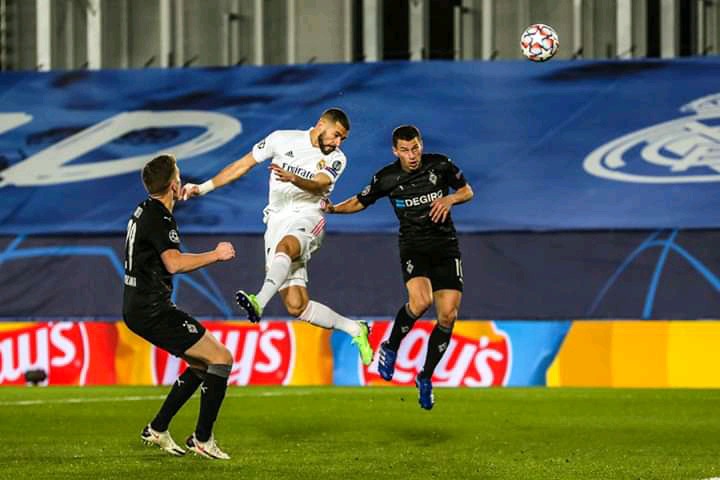 The win saw Madrid hold the Champions League record for having qualified from their group for 25 consecutive seasons since the 1997-98 campaign and interestingly they will be in the round of 16 as group winners, despite been defeated twice in the group stages. 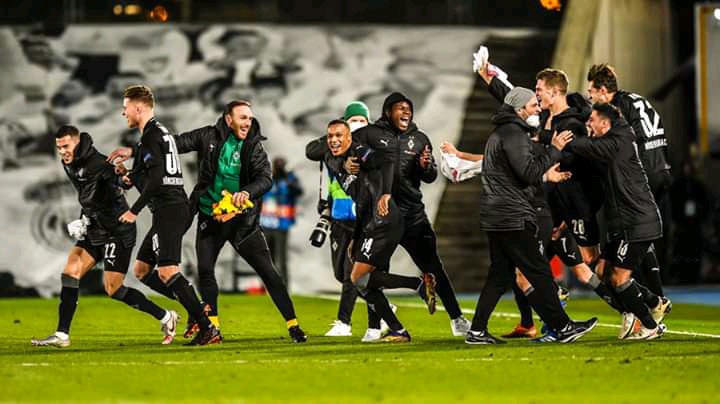 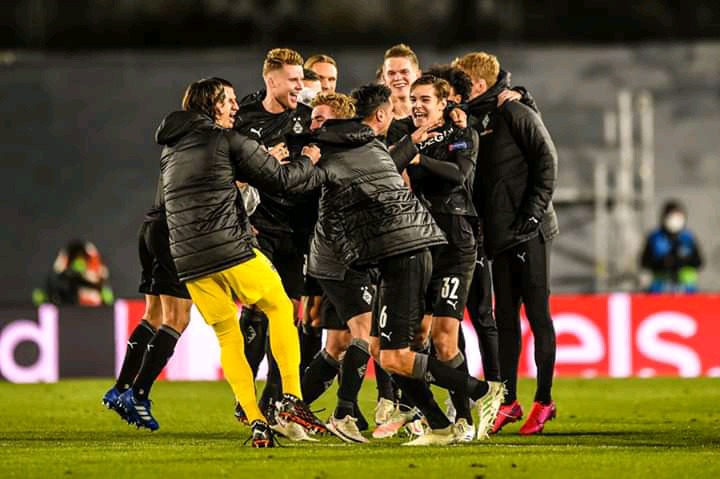 Borussia Monchengladbach despite been defeated by Real Madrid, they still found their way to the round of 16, after a 0-0draw between the group's other two teams Inter Milan and Shakhtar Donetsk means Monchengladbach qualify in second place, despite finishing level on points with the Ukrainian side, courtesy of their better head-to-head. 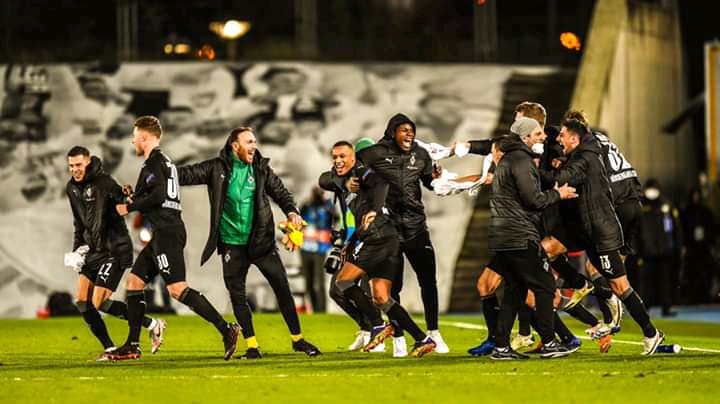 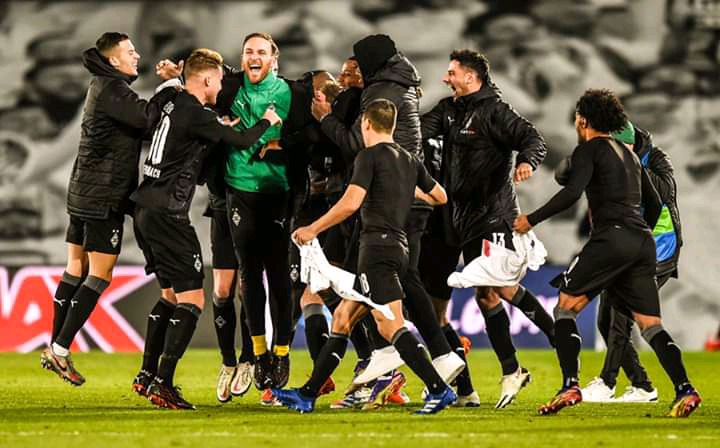 Gladbach players and offcials for this singular reason were seen Celebrating after watching the final moments of Inter Milan and Shakhtar Donestsk, which helped them to advance to the last 16 round of the Uefa Champions League.