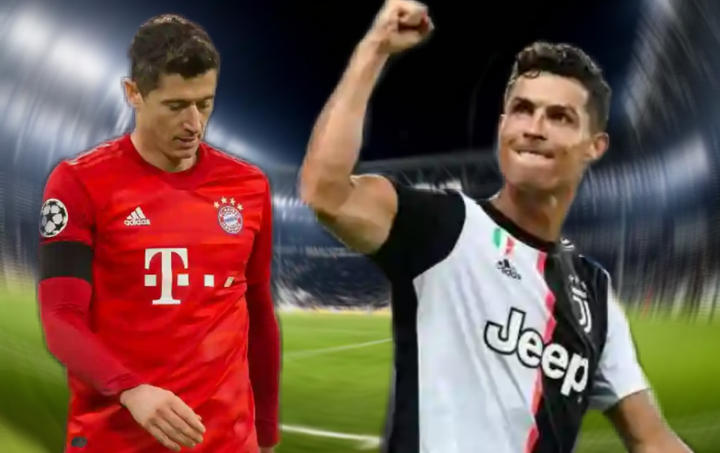 Ronaldo has always had an eye on the European top scorer over the years, he has always been a top contender.

Although the Juventus star player started poor this season, he has succeeded in climbing to the top of the goals soring chart of serie a. The Juventus star player banged 2 goals in their match against Lazio. Moving his tally to 30 goals and equaling the gap between him and Lazio forwarder immobile. Bayern Munich forward Lewandowski has ended his season as the top scorer in their league scoring 34 goals making him Europe top scorer and the most favorite for the European golden boot. The Juventus star player just have 4 goals to equal the goal distance set by Lewandowski and even surpass him.

Although he is not all safe as the war between him and immoble to win the serie a golden boot is still on. Ronaldo remains the most favorite to winning the title.

Ronaldo brace must have caused doubt to Bayern Munich forward Lewandowski if he could win the European golden boot.

Will Ronaldo succeed in surpassing Lewandowski with only four matches remaining?