Chelsea's Premier League lead was preserved with a 1-0 win over Brentford on Saturday, with Thomas Tuchel's side keeping yet another clean sheet. 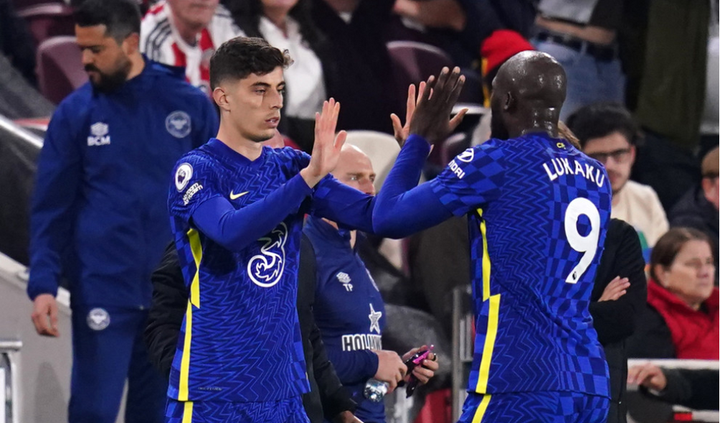 It was a West London derby full of scares for the Blues, who were under siege for extended portions of the game and whose triumph was primarily due to goalkeeper Edouard Mendy's outstanding performance.

This isn't the first time the Blues have managed to win despite being far from convincing this season, and despite the optimism, their final-third performance remains a question mark.

It was also Romelu Lukaku's sixth consecutive encounter without a goal for his new club, after scoring four goals in his first four appearances.

Belgium's striker scored in their Nations League loss to France, and he returned from the international break early due to "muscle overload."

After the game, Blues boss Thomas Tuchel confessed that he replaced the striker in the second half because he was 'weary.'

We put in a total of 60 to 75 minutes, including Romelu and Timo. I'm not concerned since I noticed he was a little tired and then isolated because we were defending in a too deep block.

"Timo and Romelu were both too far away to help us and get away from the pressure."

"Today's issue was that." However, I am unconcerned.

"Normally, the best thing about him is that he scores, but right now he is really selfless, seeking for Timo in excellent situations, and when we had him in the scenario, it was a close offside judgment."

Lukaku has been isolated in front of goal before, and despite scoring a goal that was rightfully called out for offside, there is going to be fear that he is suffering from a sluggishness.

Brentford manager Thomas Frank remarked prior of the match, "I look at that team and say that's a good side; I'm pretty sure Lukaku is paid more than our entire starting XI, so they have enough quality."

Chelsea paid £97.5 million for the Belgian international this summer, breaking their club transfer record, and his goal drought will be aggravated by the price tag.

Lukaku was signed with the intention of transforming Chelsea into championship challengers at the very least, with the assumption that if he stays injury-free, he will score upwards of 20 Premier League goals this season.

The fact that a rival manager is stressing the amount of money the Blues are spending for the striker indicates that he will become a target with a higher expectation of what he will deliver on the pitch, which is rather predictable.

Lukaku's second term at Stamford Bridge is still in its early stages, and while there is little doubt about his capacity to perform, the price tag leaves little space for error and patience.