3 Footballers Whose Temper and Habits Affected Their Career.

Football, just like other sports demands commitment and discipline in what a player eats, drinks, do and even where he or she goes. Several footballers over the years have come to regret their habits and addiction during their playing days. These habits wrecked their football career. While players like Cristiano Ronaldo and Lionel Messi are still playing in top clubs at 36 and 34 respectively, some of these stars either retired early or playing in a lower league because top clubs might not risk signing them.

Mario Balotelli: the Italian born prolific striker is renowned for his antics and controversial character in and out of the pitch. He was a very talented player as a teenager, played for Inter Milan and Manchester City at a very young age but his temper and lifestyle ruined him. Jose Mourinho and Roberto Mancini two of his former manager at Inter Milan and Manchester City have condemned his character severally. Just days ago, the Italian National Team coach(Mancini), said that Balotelli is at fault for the retrogression of his career. Balotelli currently plays for Turkish club side, Adana Demirspor. 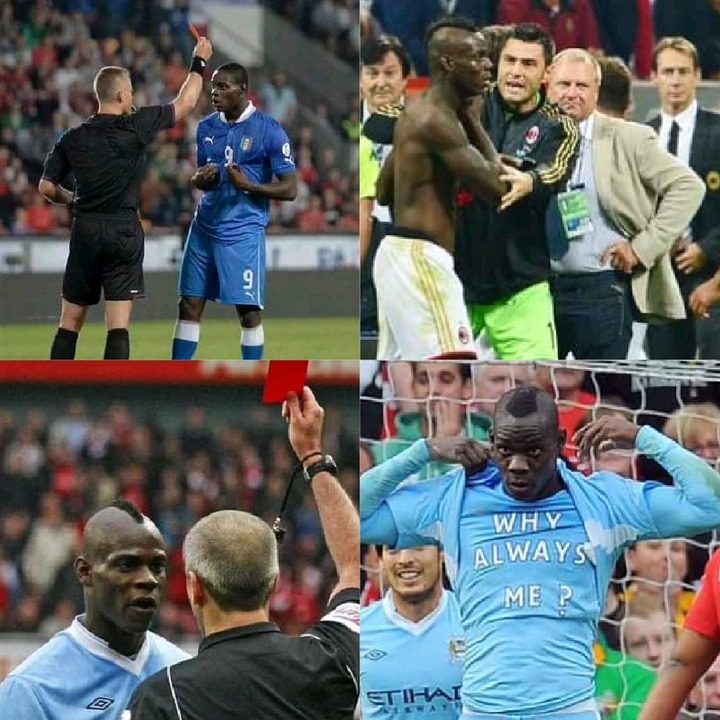 Joey Barton: the former Manchester City midfielder was also affected by his temper during his playing days. He was once suspended by his club for 4 months after beating and assaulting his team mate, Ousmane Dabo during a dispute in the training ground in 2007. His temper issues led him to punch Mortem Pederson in the stomach. During the final day match of the 2010/2011 season involving Queen Park Rangers and Manchester City, Joey Barton was sent off after elbowing Carlos Tevez on the face. While leaving the pitch, he kicked Sergio Arguero on his knee a d attempted to headbutt Vincent Kompany. He even made his way to fight with Balotelli but was dragged out of the pitch. He was given 12 match ban by the English FA his captaincy was stripped. He was also charged £75,000 by the FA and 6 weeks wages by QPR. 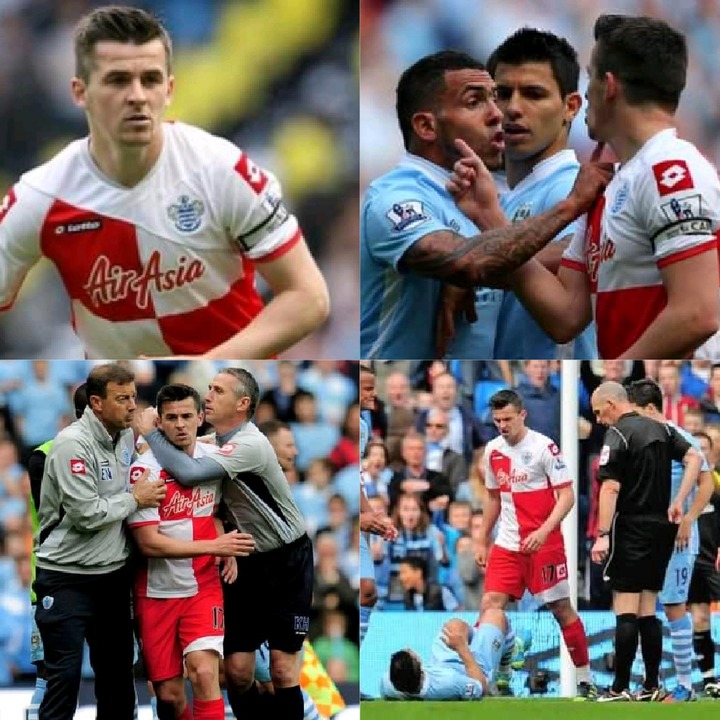 3. Diego Costa: the former Chelsea and Atletico Madrid striker has also been involved in controversial issues which were prompted by his uncontrolled temper. These unfortunate event affected his career greatly. For example, in 2012, he was given a 4 match ban after headbutting a David Limbersky during a Europa League match between Atletico Madrid and Viktoria Plzen. While playing for Chelsea Football Club in 2015/2016 season, he was involved in yet another controversy. During the Chelsea vs Arsenal FC match which ended 2-0 in favour of Chelsea, Diego in anger slapped Arsenal defender, Laurent koscielny severally and also chest bumped him to the ground. After that incident, the English media labelled him the dirtiest player in the league. This affected his career drastically. 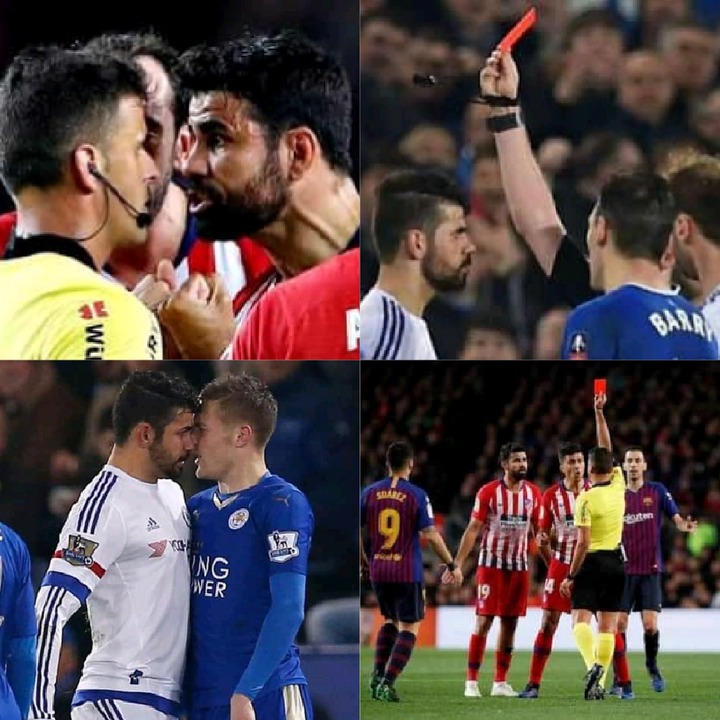