Chelsea summer target Declan Rice has been linked to Manchester United, with John Barnes backing the Red Devils to sign him this window.

Speaking to BonusCodeBets (via TEAMtalk), the former Liverpool icon has tipped the West Ham star to be a ‘good signing’ for Ole Gunnar Solskjaer.

Rice’s current Transfermarkt value is £44.5million, which could see the Hammers request a price of similar value if they are to be relegated this season.

“United must look to the future and Declan Rice is a good young English player,” Barnes said. “He would be a good signing for United. Of course, he’s a West Ham player. From his own point of view if he must move on, I think United would be a good place for him.”

Chelsea are looking to bolster their squad with Hakim Ziyech and Timo Werner already on the books. According to a recent report from The Times, Frank Lampard is an admirer of Rice and his versatility. The England international can operate well in both a centre-back and defensive midfield position which would suit Lampard’s transitional squad.

The 42-year-old has identified the West Ham ace as a potential fix for his side’s defensive issues.

United are keen on Rice, but Barnes doesn’t feel like he would get into the starting lineup with Nemanja Matic still at the club. This could be a boost for the Blues if the 21-year-old is looking for regular game time.

Do you think Chelsea can clinch a deal for Declan Rice, Blues? Let us know your thoughts in the comments below… 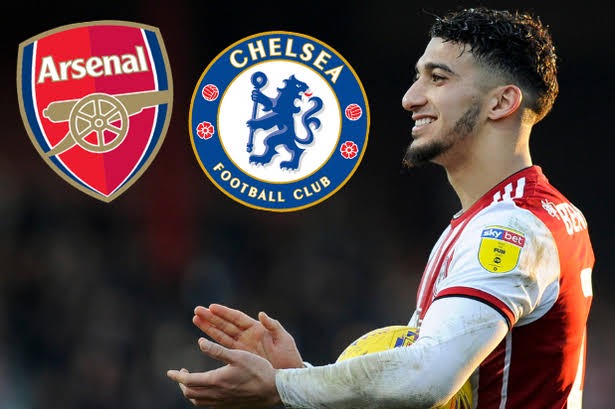 Brentford boss Thomas Frank has played down rumours of Said Benrahma to Chelsea, as per a report by West London Sport.

The Bees’ manager has insisted his star winger is fully focused on their remaining two games, despite speculation of Frank Lampard’s Blues being after him.

Benrahma, who is 24 years old, has scored 17 goals and gained nine assists for Thomas Frank’s side this term, beating his tally of 11 from his debut season at Griffin Park.

Brentford will be in the Premier League next season if they win their remaining two games of the season after West Bromwich Albion’s defeat to Huddersfield Town last night.

The London side face Stoke City at the Bet365 Stadium today before ending the campaign at home to relegation threatened Barnsley.

The Championship promotion chasers will face a battle to hold onto Benrahma’s services this summer no matter what league they are in with serious interest expected from elsewhere. His contract at Griffin Park expires in 2022.

However, Frank has said Chelsea are not in talks with him, as per West London Sport: “I haven’t heard anything from my co-directors of sport. If I haven’t been told anything then I don’t think it’s true. It’s a rumour. I think it’s easy to know this isn’t true.”

Asked whether the rumours could affect him, he said: “He’s fine. It won’t affect him. If we’re doing well, players attract attention. That is natural”.

Benrahma has been brilliant for Brentford since joining from Nice in 2018 and he will be looking to play a key role in their final couple of matches. 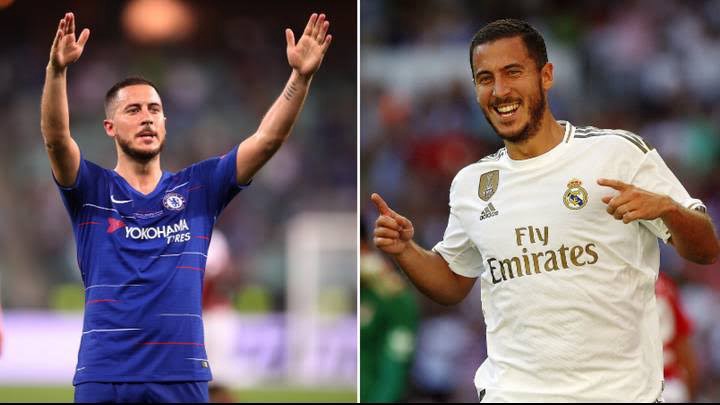 Eden Hazard has previously vowed to return to Chelsea after he has finished at Real Madrid, to open the door to a spectacular link-up with some of the Blues' new signings.

The Belgian winger completed a £83.53 move to the Bernabeu last summer after enjoying a hugely successful spell at Stamford Bridge after joining from Lille in 2012.

Hazard won two Premier League titles, two Europa League titles, one FA Cup and a League Cup in his seven years at Chelsea and is widely regarded as one of the greatest players in the club’s history.

The 29-year-old made no secret of his desire to join Zinedine Zidane's side towards the end of his spell in west London, and eventually completed the big money transfer at the end of 2018/19.

But Hazard has told a Chelsea fan that he plans to one day return to Stamford Bridge.

Frank Khalid caught up with Hazard in December 2019 whilst the winger was recovering from injury.

"When I finish here I’ll come back," Hazard said. Asked whether he has watched his old side on television Hazard replied: "Yeah, when I can I watch. Not all the time.

"They are doing well, they’re young. Now they can pay for players, they can buy players now.

"I do my job here and then I come back."

The former Blues star has already landed silverware in his first season, after Real's 2-1 win over Villarreal on Thursday night sealed the La Liga title.

Chelsea are set to benefit, as the deal that took him to the Spanish capital included various bonus payments for the Blues, reportedly including clauses that would be triggered if Madrid won La Liga or qualified for the Champions League.

The cash windfall will be important as Lampard looks to revamp his squad this summer.

Chelsea have already signed striker Timo Werner from RB Leipzig and winger Hakim Ziyech from Ajax ahead of next season.

Lampard's side are also thought to be interested in Bayer Leverkusen midfielder Kai Havertz, Leicester left-back Ben Chilwell and West Ham midfielder Declan Rice, as well as a new goalkeeper.

And Hazard's admission that he could be back in west London one day can only be music to the ears of Chelsea supporters if the Blues add to their summer signings.