By profseunoyediji (self meida writer) | 1 months 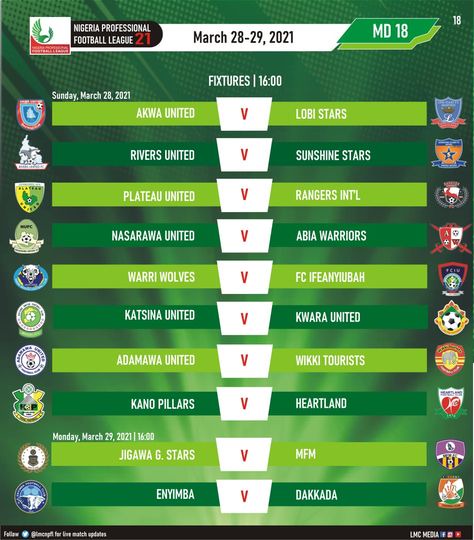 Adamawa United host Wikki Tourist. Both sides have won one of their previous four games in the league and need another win to be able to beat the drop zone.

Kano Pillars and Heartland FC will trade tackles in Kano with Pillars having two wins from their past five games and two defeats.

Heartland FC has won just one out of their last five games, drawing three and losing a game.

Rivers United will try to compound the woes of Gbenga Ogunbote tutored Sunshine Stars in Enugu as Warri Wolves and Ifeanyi Ubah settle scores in Warri.

On Monday, Jigawa Golden Stars host MFM FC while Enyimba will try to bounce back from their last week's defeat to MFM FC when they host Dakkada FC.

Before You Cook Rice Today, Try This Out