Opinion Poll: Which English Club Has “VAR” favored most?

By Kingsniche (self media writer) | 1 year ago The English Premiere League for 2019/2020 season started with some teams like Liverpool, Manchester City and Manchester United grabbing their first wins on day one of the competition, but as time progressed, the men were separated from the boys. Certain Factors were responsible for some teams gaining points and others dropping points. 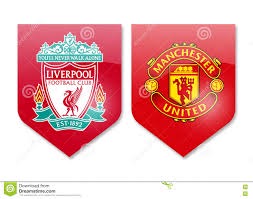 Some teams deserved the points they got along the way, others didn’t deserve the points they lost. Let us narrow it down to two main clubs- Liverpool and Manchester United. The first half of the season saw Liverpool pick up a lot of 3 valuable points along the way. There were matches they (Liverpool) should have drawn or lost but for the decision of VAR either in terms of awarding penalties to Liverpool at the last minute or disallowing a goal score by the opponent at the eleventh hour. On the other hand, in the first half of the season, Manchester United were busy dropping valuable points for no reason and it had nothing to do with VAR, but the second half brought out the best in the team especially after the January signing of Bruno Fernandez and Odion Jude Ighalo. Their improved performance even became more visible at the resumption of the league (after the lock-down caused by the pandemic). Manchester United became a force to reckon with, their playing style became more entertaining in the eye and they hardly dropped points. But it seems like an improvement in their performance brought about a corresponding favor by the VAR. As a Manchester United fan, I really don’t care about what other fans think about VAR favoring us. All I want is for my team to continue to pick up all the valuable points so we can be in the champions league next season. But on a serious note, which team has VAR favored most - Manchester United or Liverpool? Leave your comment, like and share.

Content created and supplied by: Kingsniche (via Opera News )

Premier League Team Of The Week For Match-week 9

Insecurity: Reason Why Nigerians Should Support Buhari To Tackle Insurgency In the Country

Ronaldo & Other Poor Performers In EPL Matches This Weekend