Both Messi And Barcelona Experience Tough Times After Celebrated Separation

Just as some marriages are not meant to be, some couples bear the fangs of divorce for the rest of their lives. 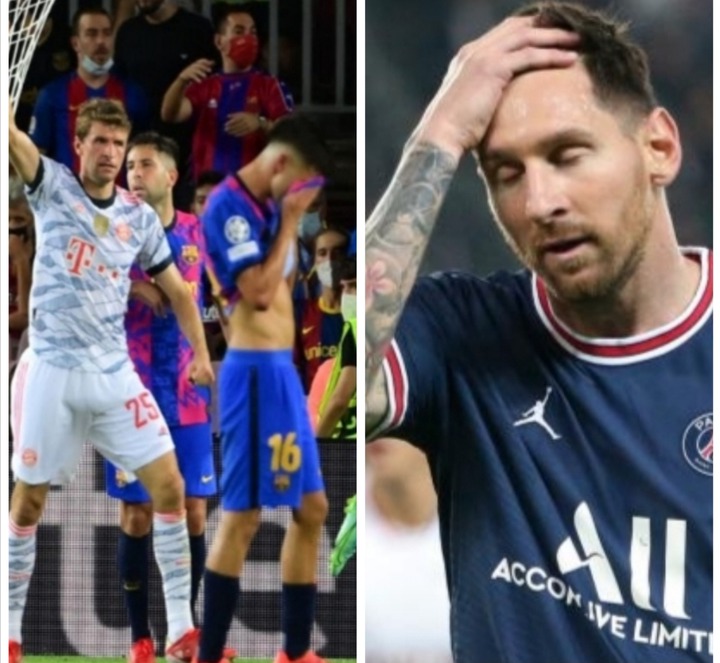 Lionel Messi and Barcelona's divorce is turning out to a huge mistake, with both parties not finding life easy after their widely celebrated separation on 10 August 2021, when the record six Ballon d'Or winner joined Paris Saint German.

With Barcelona financially consttained, the 34-year-old had to leave the club that nurtured him to arguably football's greatest super star after 21 memorable years at Camp Nou.

The Argentine had often been labelled a one-club wonder by pundits and fans, who wanted him to prove his mettle outside Camp Nou as his rival Cristiano Ronaldo has done at Sporting Lisbon, Manchester United, Real Madrid and Juventus.

It is gradually proving to be so, as Messi is without a goal in three outings with PSG. He is the only notable striker at the club yet to register his name on score sheet in the new French Ligue One season. Kylian Mbappé leads with four goals in six games, Mauro Icardi has netted thrice in five, Neymar has found back of the net once in two games while 18-year-old Guinean Sekou Oumar Yansane is yet to make his debut since joining them from FC Dijon II in the summer.

After signing a two-year deal until June 2023 with an option for an extra year, Messi was deprived of the iconic number 10 shirt he had been synonymous with for almost two decades with Barcelona first team, weighing in with 474 goals in 520 matches for the Catalan giants.

No one ever expected to see Messi with another squad number and was expected to be handled the number 10 shirt, just as Ronaldo reclaimed his number 7 shirt when he rejoined Manchester United. Neymar wouldn't do as Edinson Cavani, so Messi settled for the number 30, the same he wore as a teenager when he made his senior debut for Barcelona.

He made his debut for the club on 29 August, coming on as a substitute in the second half of a 2–0 away win over Reims in Ligue 1, made his first start and UEFA Champions League debut for the club in a 1–1 away draw against Club Brugge on 15 September and made his home debut in a 2–1 win over Lyon four days later. He was not dressed in the 2-1 at Metz on 22 September.

Just as Messi is currently like a fish out of water at PSG, Barcelona are finding difficult coping with life without their former captain. Their team had been built around him for several years, and expectedly crumbled like a pack of cards without their nucleus.

The Ronald Koeman's team started the season brightly, defeating Real Sociedad 4-2 at home on opening day, but that has turned out a pseudo hope for their teeming fans, who watched them falter terribly in four of six matches into the new season.

They drew 1-1 away to Athletico Bilbao on 21 August, got thumped 3-0 at home by Bayern Munich in a Champions League game on 14 August, forced Granada to a 1-1 draw at home six days later and drew goalless against Cadiz on Thursday night. This leaves them 7th on the log with nine points in five matches, nine points adrift of rivals and leaders Real Madrid.