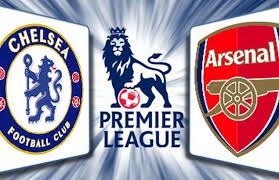 Heading into match week 6 of the 2021/22 Premier League season, Chelsea who has 2064 points is 3rd in the all-time Premier League table. They need 9 points to overtake Arsenal who has 2072 points. Based on how both clubs have performed so far, it is likely that Chelsea will get the needed 10 points this season.

I used the difficulty level of each of their coming fixtures to predict the number of matches it could take for the overtake to happen.

How the difficulty level of each match was determined

A) 1 point was awarded when they are playing against clubs that are currently above them in the league table but finished below them last season. It was done vice versa.

B) 1 point was also awarded when they are up against opponents that are level on points with them this season or last season.

A) 3 points were given for matches against clubs that are currently below them this season and below them last season.

A) To get 3 points against a newly promoted club, they need to be above that promoted club in the league table.

B) 1 point was awarded in cases where that promoted is level on points or below them in the league table.

Tottenham is not currently in the top 4 but they finished above the Gunners last season and are currently above them this season.

Brighton did not finish above Arsenal last season but they are currently in the top 4.

The Gunners finished above Aston Villa last season but are currently below them this season.

Leicester finished above Arsenal last season but this season they are currently level on points.

Watford was promoted to the Premier League this season and they are currently level on points with the Gunners.

Based on the above calculation, the likely total points for Arsenal after their next 6 matches will be 6 points.

To make it simple I will just state the current position of the opposition team and where they finished last season.

Based on this the likely total points for Chelsea after their next 6 matches will be 16 points.

The two results mean that Chelsea could be 10 more points better than Arsenal after the next 6 games. That means Chelsea could go 2 points above Arsenal in the all-time Premier League table on the weekend they play Burnley and Arsenal play Watford.

Checkout These 2 Deborah Enenche's Outfits You Might Love To Wear.

The Health Benefits You Will Get From Eating Unripe plantain Regularly.