Top 10 Players In Barcelona With The Highest Annual Salaries. See How Much They Are Paid.

Many have been wondering about how well football players are being paid for the work they do.

Rumors had it that football players are the most paid sportsmen in the whole world.

Thus, amongst other top football clubs, the top annual salaries of players in Barcelona has been revealed, and will be listed below.

Ranging from all the players in the club, we have the top 10 players who have the highest annual salaries.

He is paid a total sum of €70million annually.

Being the second player on the list, Griezmann is paid a total sum of €45million annually, and this makes him the second highly paid player in Barcelona.

Suarez, being one of the top players in Barcelona, he is paid a total sum of €23million annually.

Thus, below are the other seven players, with their names and their annual salaries: 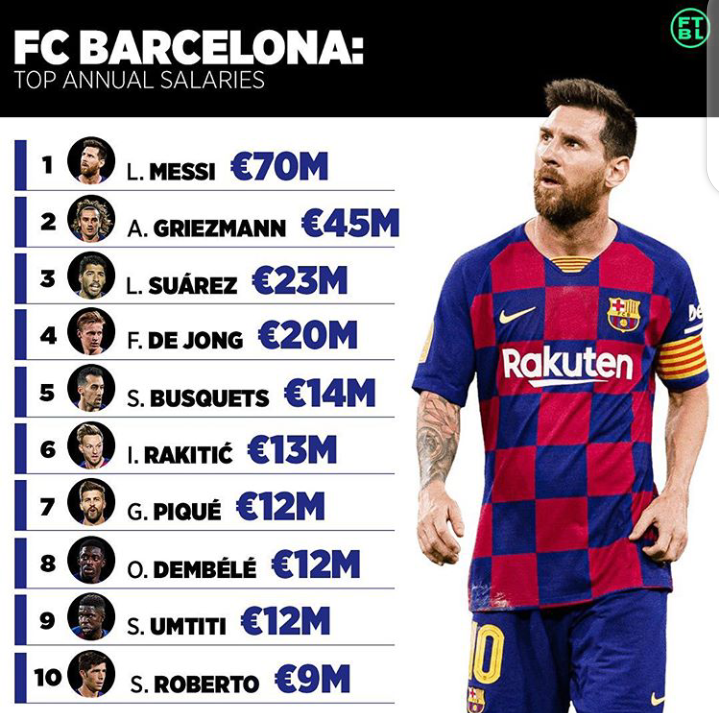