Countries Cristiano Ronaldo has scored a hat trick against

By Chigosky12 (self media writer) | 3 months ago

1:Northern Ireland is the first country he scored his first international hat trick against and it was on September 6, 2013.

2:Sweden was the second country he scored a hat trick goal and that was on November 19, 2013.

3:His third international hat trick was against Armenia on June 13, 2015.

4:He scored his fourth international hat trick against Andorra on October 7, 2016

5: His fifth international hat trick was against Faroe Island on August 31, 2017.

6: His sixth career hat trick was against Spain in the 2018 world cup and it was indeed a hat trick to remember.

7: His 7th international hat trick came against Switzerland on June 5, 2019.

9: His 9th international career hat trick was still against Lithuania. It was on November 14, 2019. 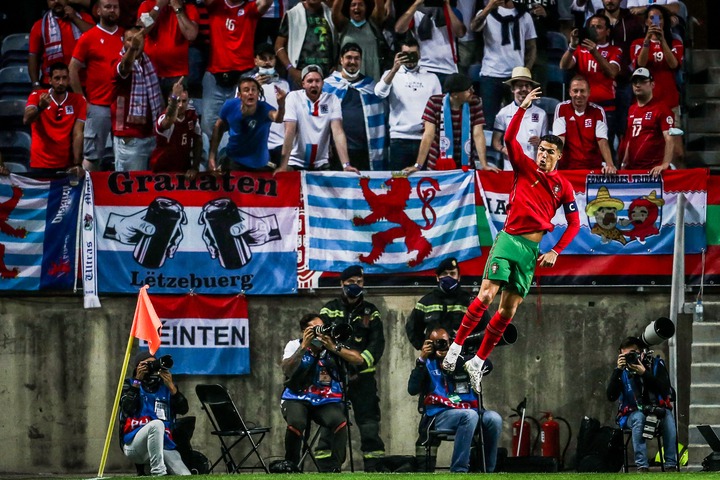 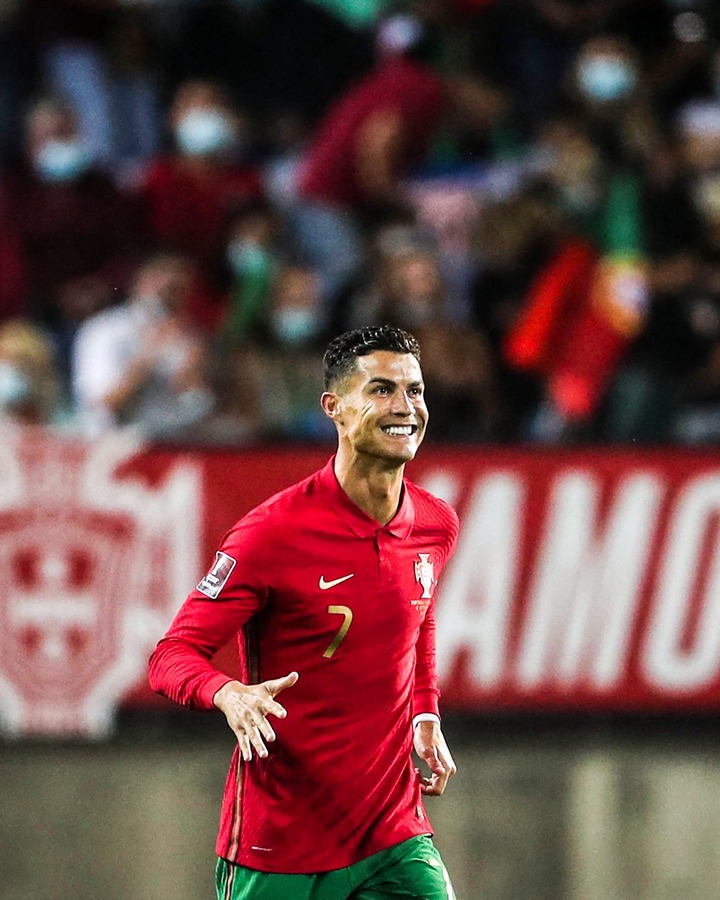 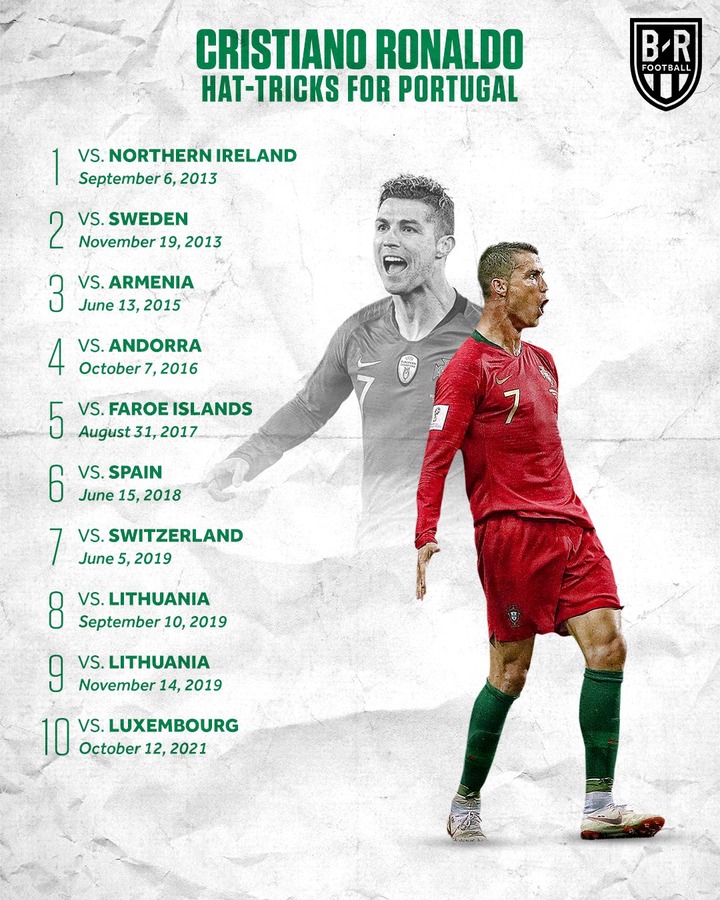