By Emperoh__poe (self media writer) | 2 years ago Is Cristiano Ronaldo the greatest goalscorer ever?

Cristiano Ronaldo arrived at the Juventus Stadium for the Italian giants’ first game after the European winter break with a retro iPod Shuffle clipped to his tie and the classic Apple earphones dangling from his ears.

But to say his first Serie A hat-trick was another example of him rolling back the years is hardly an accurate statement. Ronaldo, who turns 35 at the start of February, has actually enjoyed his most prolific goalscoring years since turning 30, averaging 47.8 goals a season after that birthday (including the season he turned 30) compared to 34.5 goals a season before then.

He has also won three Champions Leagues, one La Liga, a Serie A title, a Club World Cup, Italian Supercoppa, Euro 2016, the Nations League and two Ballon d’Or since turning 30.

But Ronaldo will also be measured against the yard stick of Lionel Messi, and Messi to Ronaldo’s, with everyone camped on one side of the argument or the other, staunchly defending their man as it was an argument between Australia and New Zealand, or the Liberals and Labor. But they are two completely different players.

Messi is a creator, a conjurer with the ball at his feet who can turn nothing into something with a swipe of his wand and with the added bonus of having 688 goals to his name for club and country.

Messi just makes Barcelona tick. You only need to look at how their season has gone so far where a lot of sub-par performances have been glossed over and disguised by the 32-year-old’s genius. He is arguably enjoying his most influential season to date as a result, even more so than in 2012, when he scored an eye-watering 91 goals in 69 games.

Ronaldo has become the antithesis of this. A devourer of goals, who needs to score a certain amount just to live and now only lives inside the opposition half. He has become a goal junkie, addicted to scoring and always looking for his next fix. 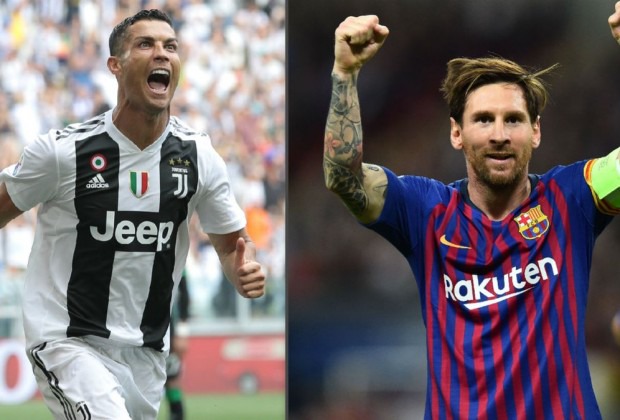 For club and country he now has an astonishing 715 goals, and is closing in on becoming only the second international player to reach a century. Considering where he has played, who he has played for, and who he has played against, it is a lot more impressive than the 1,000 goal stat Pele claims to hold.

And that’s part of Ronaldo’s brilliance, that he can score hat-tricks anytime, anywhere – be it on the training ground or in the World Cup or, most recently, in Serie A.

That hat-trick was a monumental one for Ronaldo as it means he joins an exclusive club of two players to have scored hat-tricks in La Liga, Serie A and the Premier League. Alexis Sanchez is the other member. But it was also the 10th competition he has scored a hat-trick in during his career, and his 56th overall.

It is his variety of goals – across Manchester United, Real Madrid, Juventus and Portugal – which has been the stick to beat Messi with, a player who has played his whole career at Barcelona and, much to the frustration of his Argentinian support base, often saves his best performances for them too. But don’t get confused, these statistics do not mean Ronaldo is a better player – far from it – but it does make no doubt that Ronaldo’s insatiable appetite for finding the back of the net means that he is the undisputed greatest goalscorer of all time. And this latest of a long list of records just further underlines that.

Content created and supplied by: Emperoh__poe (via Opera News )