By Newslove (self meida writer) | 1 months

Considering the result of the first leg game between Madrid and Liverpool, you could say Real Madrid has an advantage over Liverpool to book a place in the Semifinals. Chelsea would hope to continue their impressive performance when they take on any of these two top clubs in the next round of the Champions League. 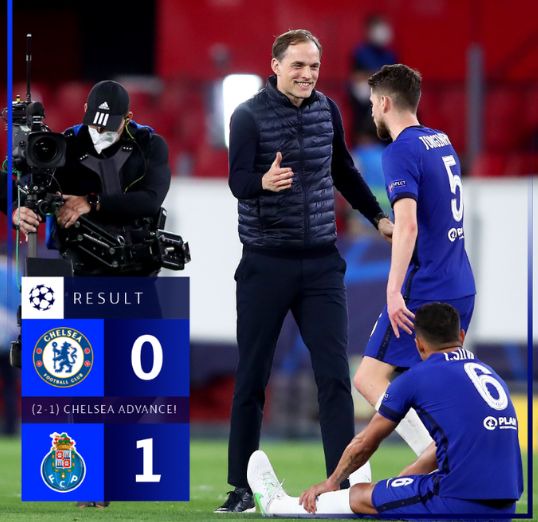 It's not just about getting to the Semifinals. Do you think Chelsea can win the Champion League this season? To be honest, Chelsea would have to improve on their goalscoring if they want to have any chance of winning the prestigious competition this season.

FA Cup Final: Iheanacho may miss out on goals but not title against Chelsea [Opinion]

Barca have reached an agreement with Aguero

How The EPL Table Looks After Man City Won 4-3 Today.

Man Utd Told Age Not An Issue In Ronaldo Return

If Chelsea Were To Sign Marco Verratti This Summer, Who Would He Replace In Their Midfield?