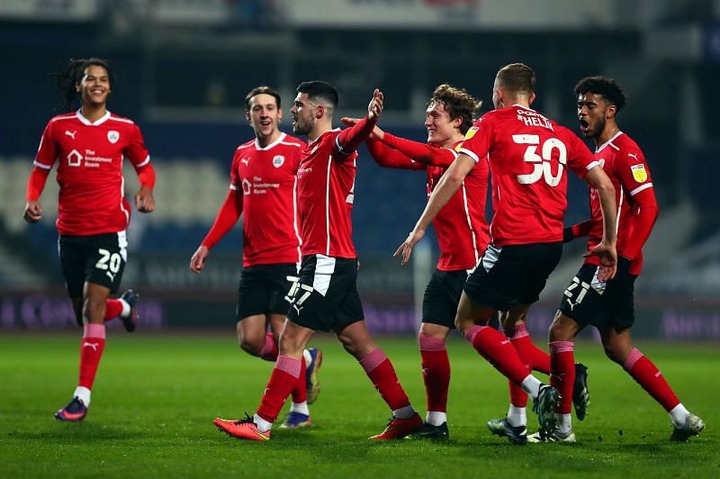 Barnsley are set to play host to Sheffield Wednesday at Oakwell on Saturday for their latest EFL Championship fixture.

Barnsley come into this game on the back of a 3-1 win over Gareth Ainsworth's Wycombe Wanderers yesterday at Adams Park. A second-half brace from young United States of America international Daryl Dike and a goal from striker Cauley Woodrow ensured victory for Valerien Ismael's Barnsley, who had midfielder Alex Mowatt sent off in the second-half. Attacker Uche Ikpeazu scored the goal for Wycombe Wanderers.

In 18 head-to-head encounters between the two sides, Sheffield Wednesday hold the clear advantage. They have won seven games, lost three and drawn eight.

Barnsley will be without left-back Ben Williams and defender Liam Kitching, who are both nursing injuries. Midfielder Alex Mowatt is suspended. Other than that there are no known issues and manager Valerien Ismael is expected to have a fully fit squad at his disposal.

Barnsley are currently 5th in the EFL Championship table, and have impressed with their performances. Attacker Daryl Dike, who arrived on loan from Orlando City in January, has been in fine form, with players like Callum Styles and Mads Andersen also performing well.

Sheffield Wednesday, on the other hand, are 23rd in the league table, nine points behind 21st-placed Birmingham City who have played a game more. Darren Moore has a tough job in his hands, with the Owls having lost four of their last five league games.

Barnsley are in good form and will be the favourites to win here.