MUFC vs AVFC: How Manchester United Could Lineup In This Match With Anthony Martial Missing Out 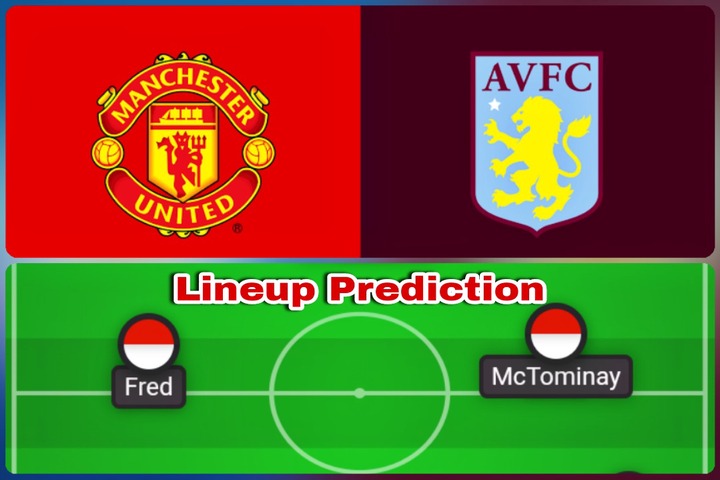 After an early departure from the League Cup in midweek, Manchester United will return to the Premier League on Saturday when they play Aston Villa.

Despite fielding a much-changed XI for the game, Ole Gunnar Solskjaer's side lost 1-0 at home to West Ham on Wednesday night. However, when it comes to Premier League affairs, the story is entirely different.

De Gea (GK): Last Saturday, he was the hero of United's 2-1 league victory over the Hammers, saving Mark Noble's last-minute penalty. He's more than deserving of a second chance.

Varane (CB): His Red Devils career has got off to a good start, with him appearing as composed as expected and even picking up an assist.

Maguire (CB): The United captain has gained the reputation of being one of Europe's best central defenders in recent months, and he will return to the backline.

Shaw (LB): Since regaining his form last year, he hasn't slowed down and is a tremendous addition to Solskjaer's team.

Wan-Bissaka (RB): Although he had a poor start to his Champions League campaign against Young Boys, he has looked good in domestic play thus far.

Fred (CM): Many doubts have been raised about Fred in the United midfield, and while he clearly has a flaw, Solskjaer is set to keep the Brazilian in his engine room.

McTominay (CM): McTominay, who came back from a groin injury to play the entire 90 minutes in his team's 2-1 triumph at the London Stadium on Saturday, should be alongside him.

Fernandes (AM): Fernandes is so important to this team that it seems unimaginable to have a Manchester United line-up without him.

Greenwood (RW): Greenwood is expected to return to the fold for this match after impressing with a cameo in midweek. Although he hasn't scored this month, he has three Premier League goals to his name, so don't count him out.

Ronaldo (CF): Will he be able to keep this magical comeback going? Possibly.

Pogba (LW): Pogba didn't get an assist last time out, but he'll always be capable of delivering some awe-inspiring magic to add to his seven assists this season. 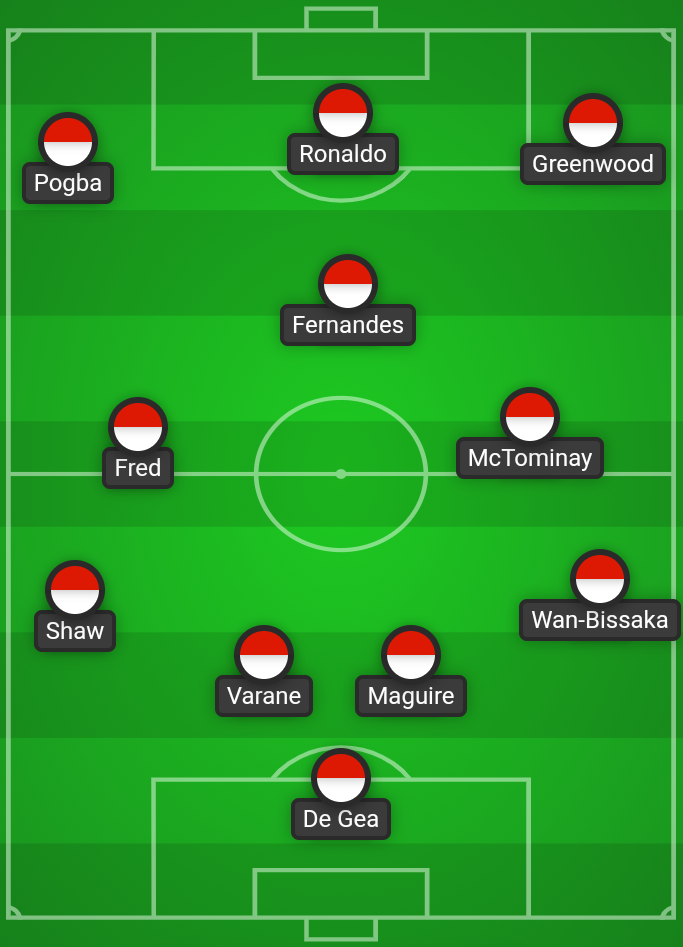