Mason Greenwood breaks Ronaldo's record after he scored against Tottenham

By OfofoGist (self meida writer) | 1 months

Mason Greenwood has been one of the most talented youngsters in the English Premier League this season and he was able to prove himself as he came on as a substitute in Manchester United's victory against Tottenham. 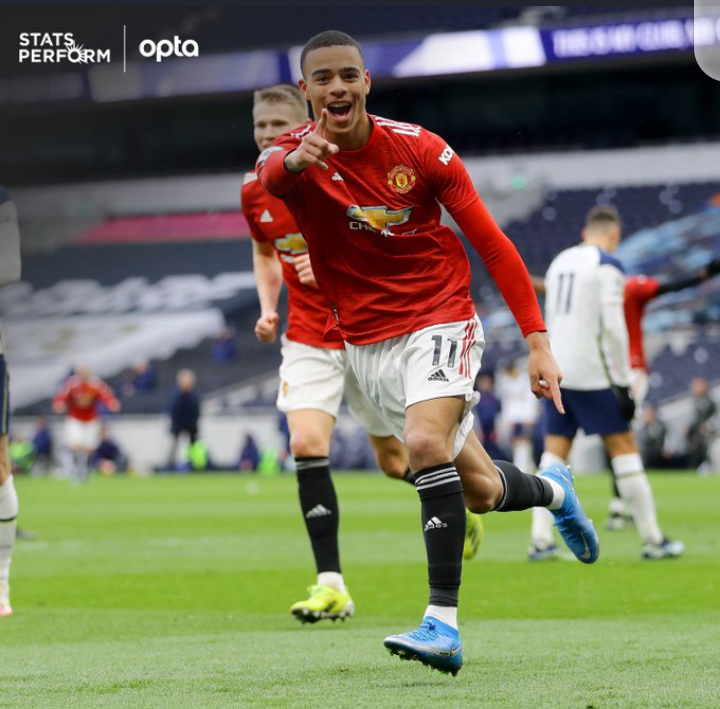 Mason Greenwood is now the first teenager to score and assist as a substitute for Manchester United in the Premier League and this was a record that has been in existence since 2003 and it was held by Cristiano Ronaldo.

At his young age, he is already breaking the record of one of the greatest players in the history of football. 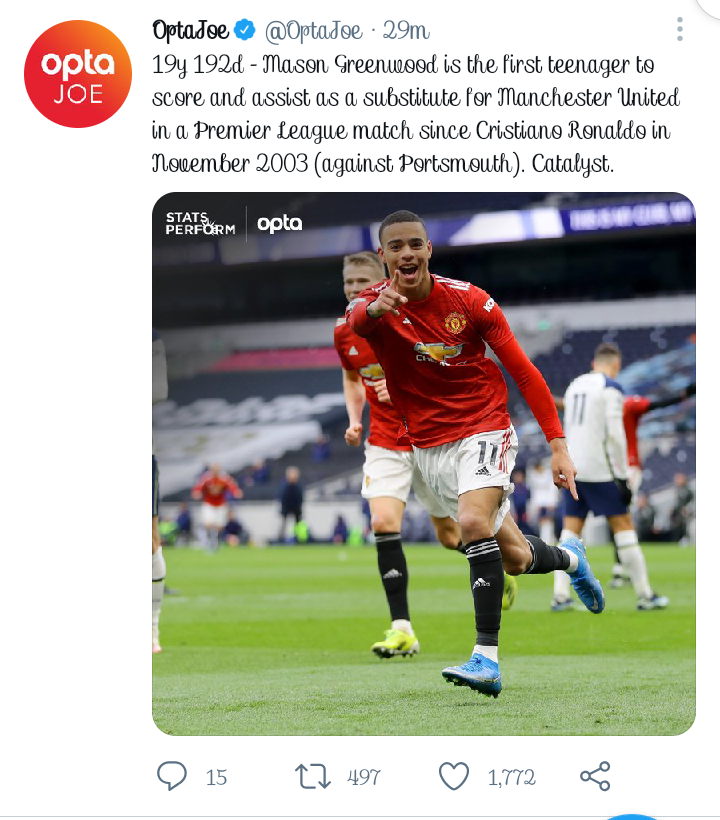 This shows you that Mason Greenwood is better than Mason Mount. What do you think?

Kelechi Iheanacho Hits Goal Number 33 in The English Premier League, Sets a Record in This Season