Winners and Losers of the Transfer Window

By jakestunt (self media writer) | 10 months ago

With the transfer window now slam shut across Europe, from England to Spain, and Germany to Italy – among others, it is safe to say that, quite typically of transfer windows, there are victors and there are vanquished. There were surprises and there were stunners, with the two greatest football players of the past decade making a move. 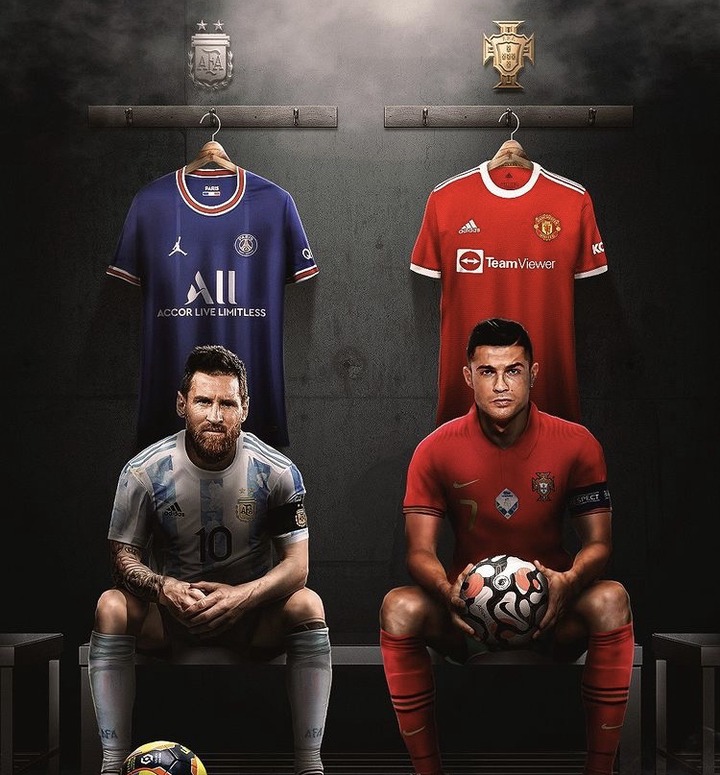 Here, we take a look at the winners and the losers of the transfer window.

Trumping the likes of Real Madrid, Athletico Madrid and Giants Manchester City and winning the UEFA Champions League in style, Chelsea had had a wonderful season. Frank Lampard’s usurpation and a spending spree that spilled into about over 200 million proved decisive. 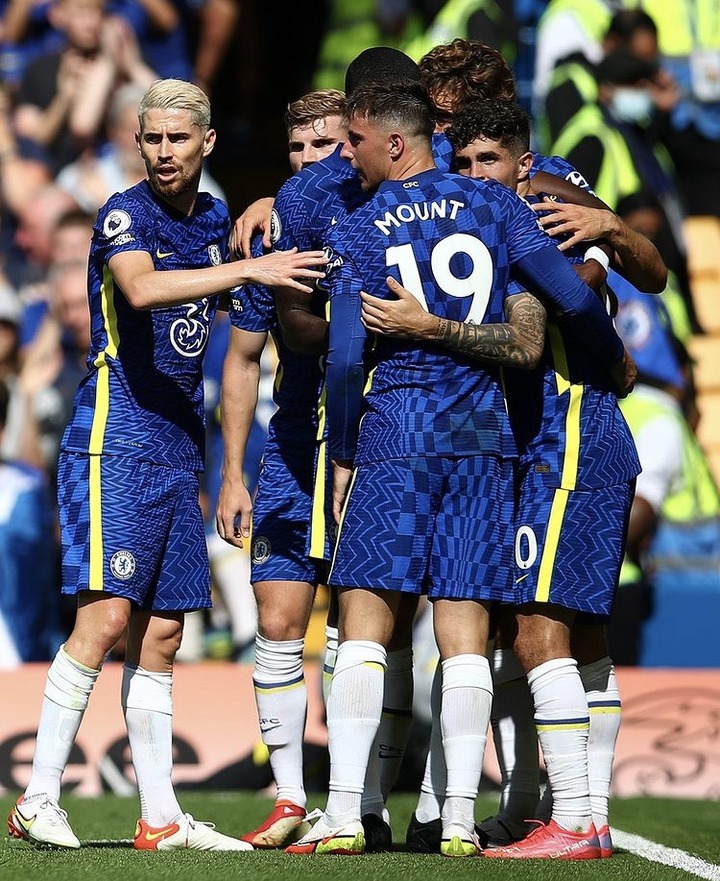 Yet, the blues did not rest on their oars for the new season as they have choreographed a bankable business, getting rid of the likes of Armando Broja, Zappacosta, Tammy Abraham, Kurt Zouma, Tiemoue Bakayoko, Michy Batshuayi e.t.c.

In their stead, they received the gifts of young, sprightly though budding talent Chalobah, midfield marshal Saul and ultimately star striker Romelu Lukaku. 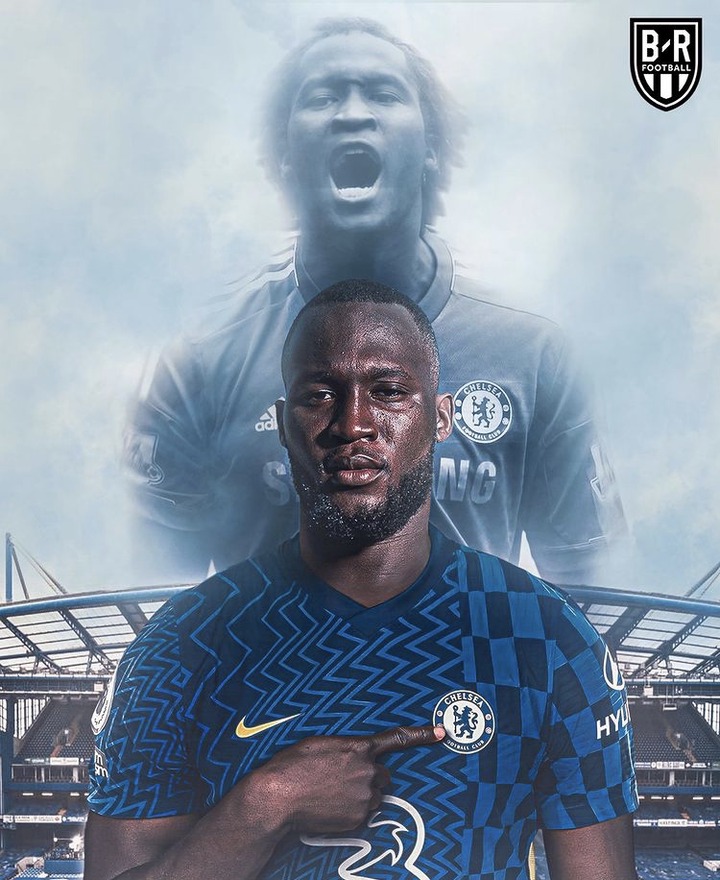 Though they lost out on Jules Kounde, it appears, in my opinion, that they never needed him in the first place since they boast the likes of Thiago Silva and Rudiger in their ranks.

On top of that, Lukaku’s arrival means a win for any team: bold, black, brawny, the star striker bullies defenders, conscious enough to call out for assists, strolling to the left and to the right when required to, and doing his beat to win goal kicks in the middle of the park. Chelsea have never looked even more formidable as all the ingredients of a contender abound – a good coach, a superb centre, a rock solid defence and an attack that actually attacks. Teams must fear Chelsea and the irony, if any, is that Chelsea know that teams should fear them. Chelsea are therefore, without a doubt, winners. 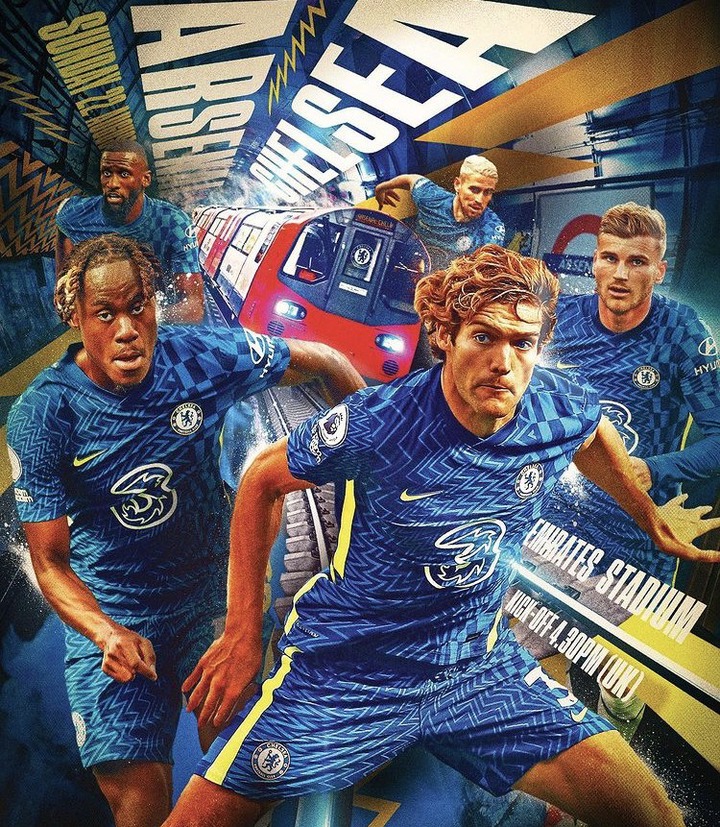 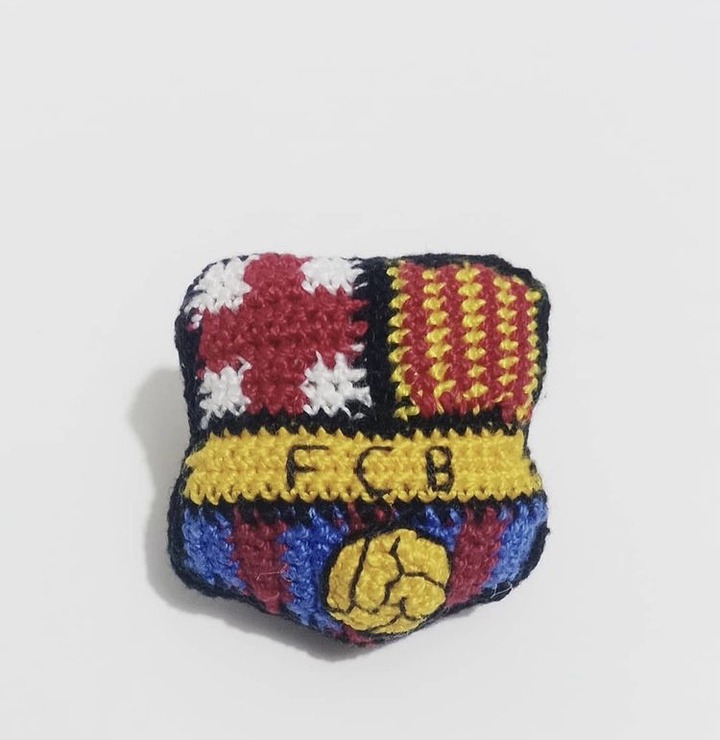 When you hear Barcelona, it is probable that the words “shame” and “sham” and “shambles” come to mind. The departure of arguably the greatest footballer ever in an anticlimactic fashion was the height. The club could not afford him and the league did not do enough to salvage the situation in order to retain an icon, a figure that has showered them with influx of fans and fame. 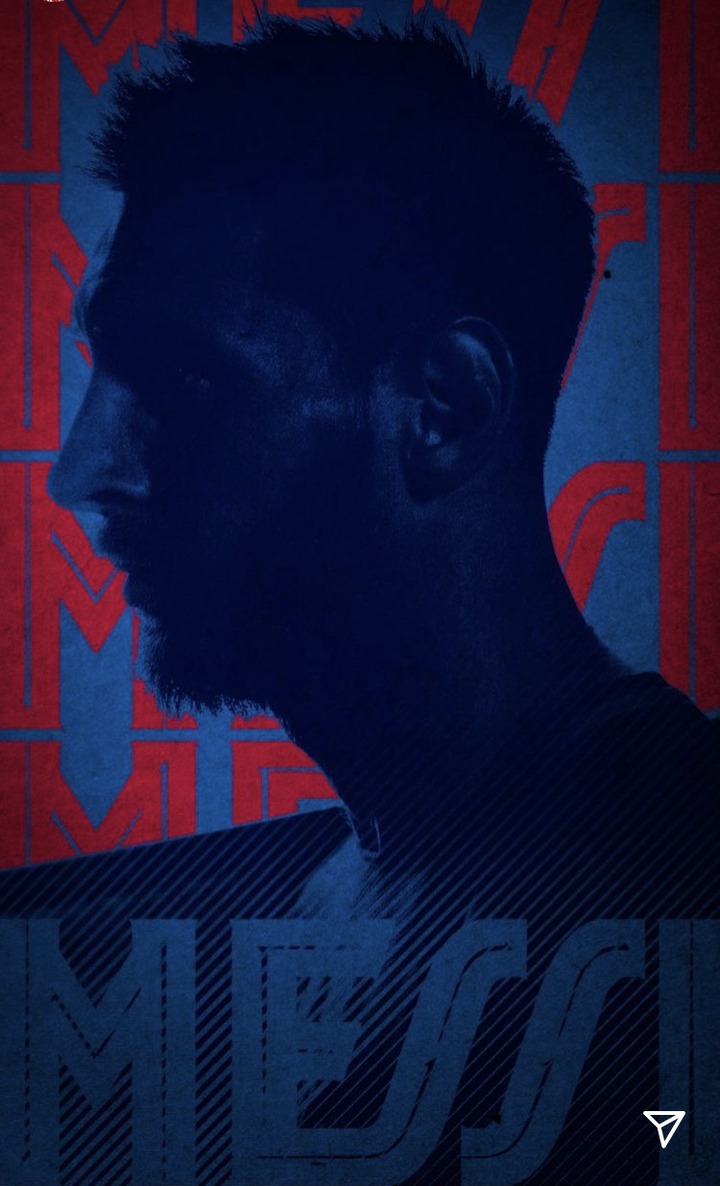 Barcelona lost a gem in Messi; they lost the only gem that makes them germane to Paris Saint Germain and what is now left, coupled with the departure of the seemingly impotent but still handy Anoine Greizmann, is an average team, the blue and red stripe now a reminiscence of Crystal Palace, or even worse, a high budget Eibar. Oh! Did I say high budget? I retract my words at the recall that Pique, Roberto and Alba had to take pay cuts to fund the registration of other players. 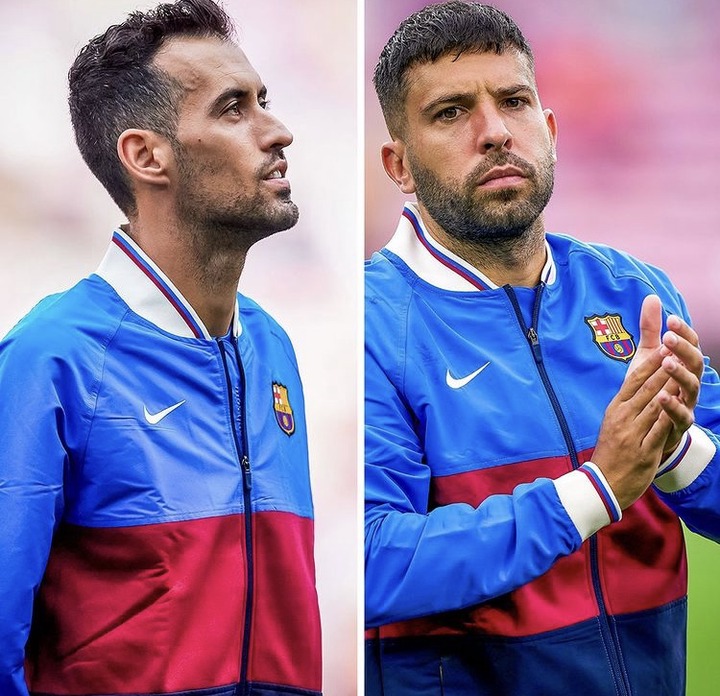 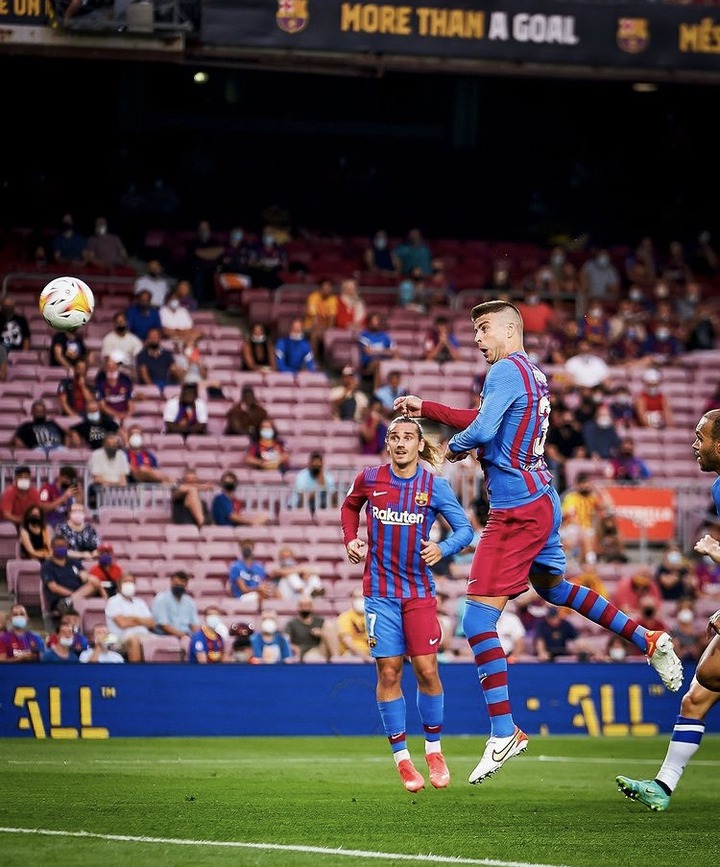 The new president should not take all the blame however, as Barcelona’s downfall has been cast in motion for a couple of years. Still, this transfer window is the proverbial straw that broke the camel’s back: the window where Emerson was bought and sold, where Aguero’s dream to link up with Messi at club level dried up as quickly as it was conceived and where the attack of a once feared team lies in unproven hands. Do not be surprised if you have to catch Barcelona’s games on Thursdays by this time next season, wallowing pitifully in the Europa league. 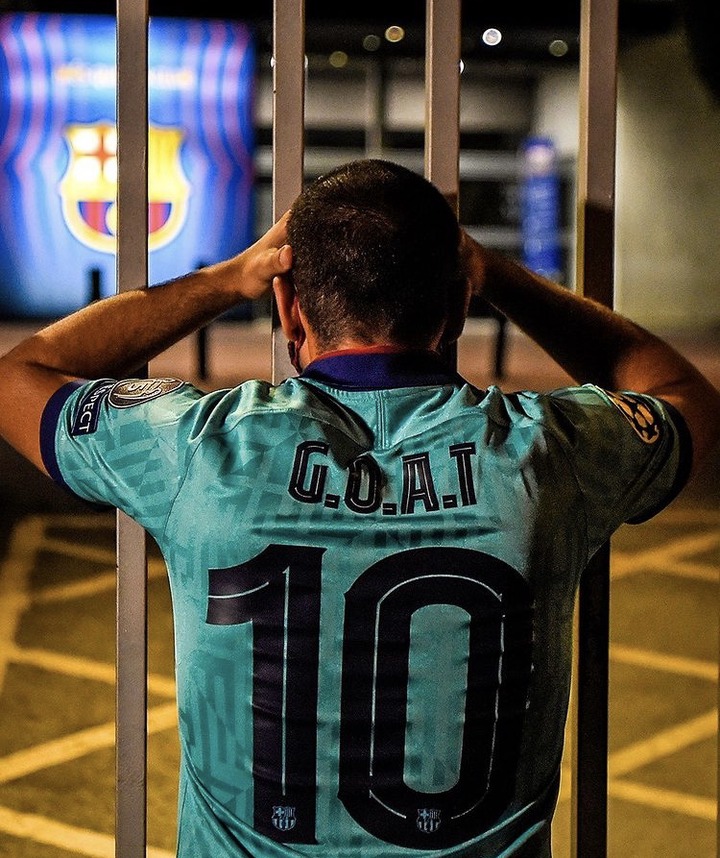 Paris Saint Germain are simply money spinners and they are not afraid to throw some more money around when other clubs opt to lock shop. Nevertheless, they did more prudent and calculative business this season, adding to their ranks the likes of Lionel Messi, Sergio Ramos, Wijnaldum, and Gini Donnaruma on free transfer. Speedster, Achraf Hakimi was also captured at a fair price of 60 million. 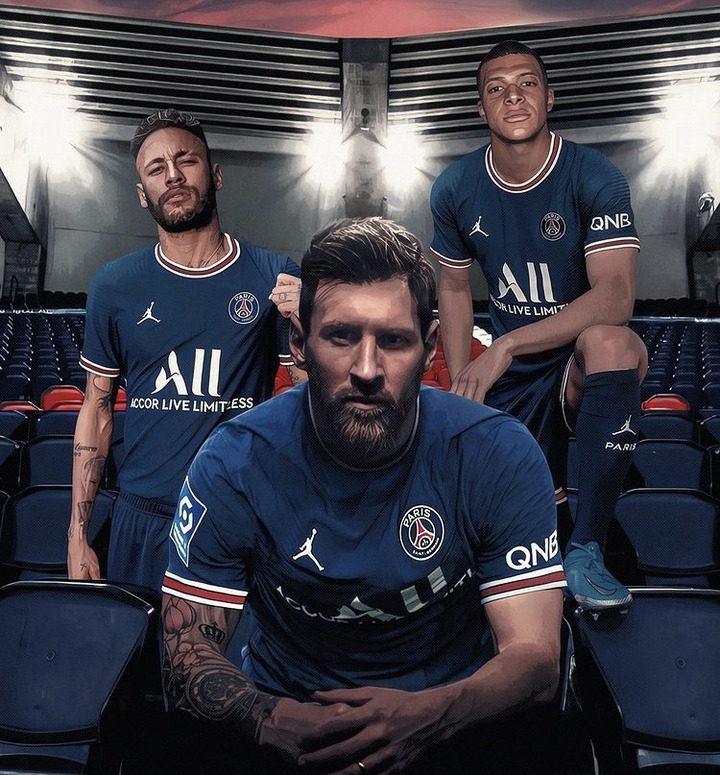 With the trident of Messi, Neymar and Mbappe in attack, a brace of veterans Ramos and Marquinhos in defence, and “dirty” Veratti and dillligent Wijnaldum in the middle of the park, PSG are set to set the word alight and perhaps win the league before it even begins. 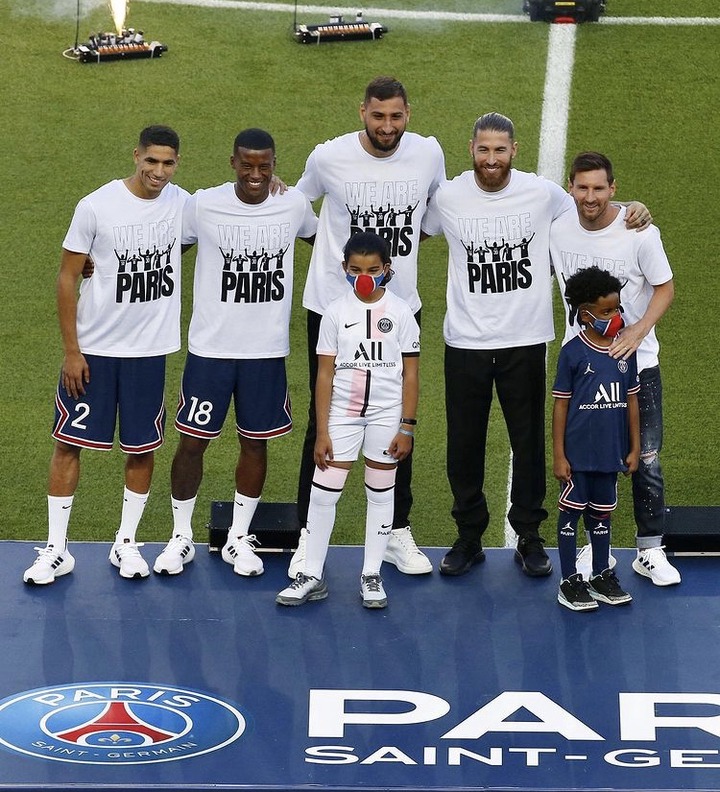 Even if you coached PSG, there are chances that they would come home with a win, if that isn’t a sign of inherent victors then I do not know what is.

The fall of arsenal is farcical. The gunners did not expect to go lower than they had under Unai Emery, yet they have reached new heights of low – a fitting antithesis if you asked me. The biggest spenders of the English Premier League transfer window but Arsenal have nothing to show for it, their latest arrival Takehiro Tomiyasu, typifying the aforementioned fact. Before him, they have got the likes of Nuno Tavares, Sambi Lokonga who are no doubt good players – in average teams. 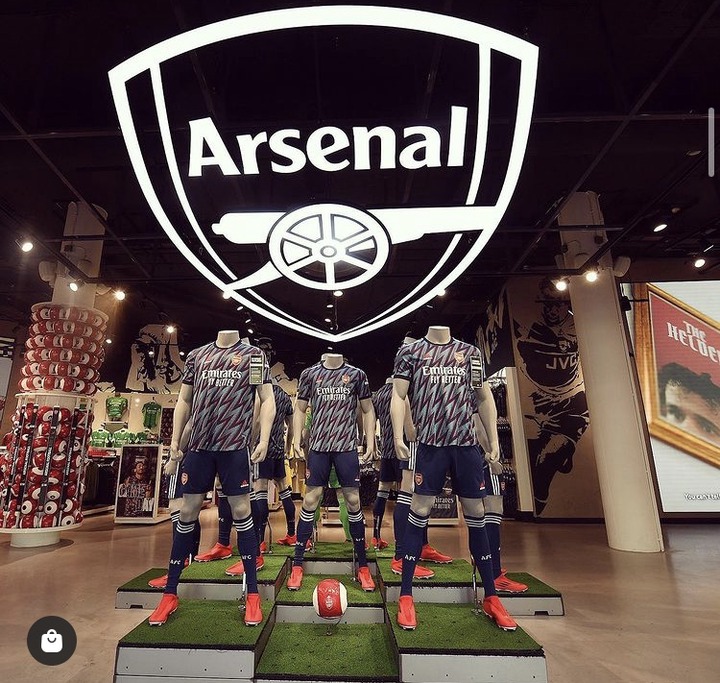 Odegaard’s arrival, together with Saka’s creativity, adds to the teams bite, as if to sharpen Aubumeyang’s blurred onslaught, but the presence of Pepe who has flattered to deceive, Xhaka, a careless veteran and a non-existent defence even in the face of new boy Ben White spells trouble. 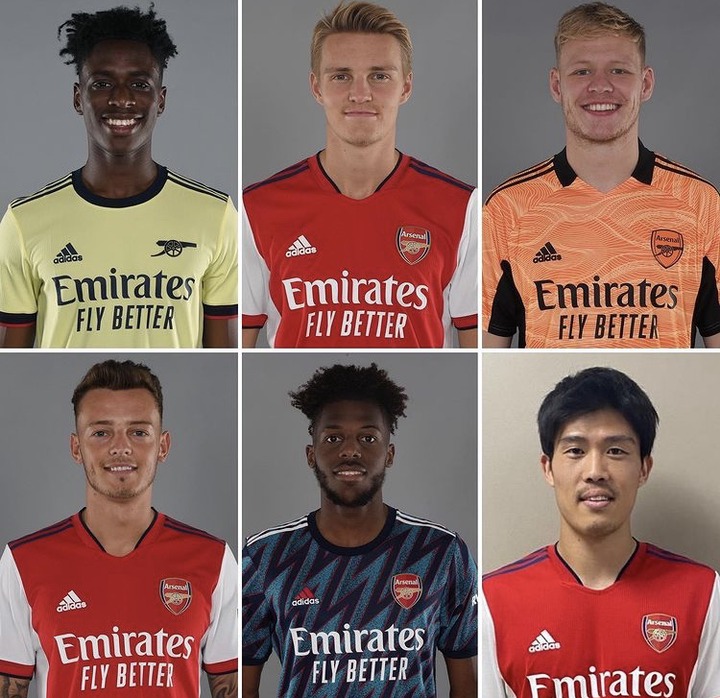 Arsenal have, with fat pockets, fetched average players to play in a demanding league. The result of this is loss, pain and sack for the club, the fans and the coach. The Gunners have shot their shot but they shot themselves in the leg. They are easy losers, as a result. 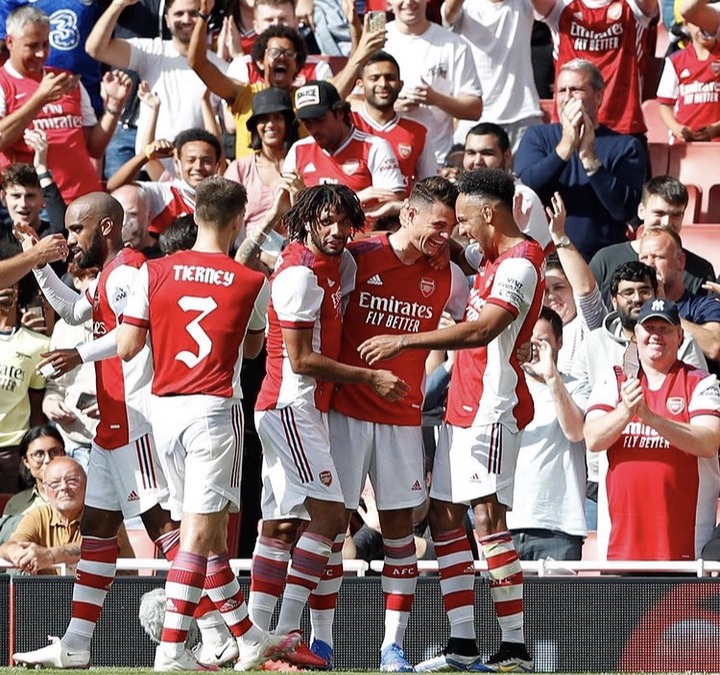 Manchester United witnessed the arrival of wing wizard Jadon Sancho, Veteran defender Varane and the greatest Portuguese to ever play the game in Cristiano Ronaldo. The return of the latter which no one saw coming, is proper business as the 36 year old promises a return of at least 20 goals in a season. 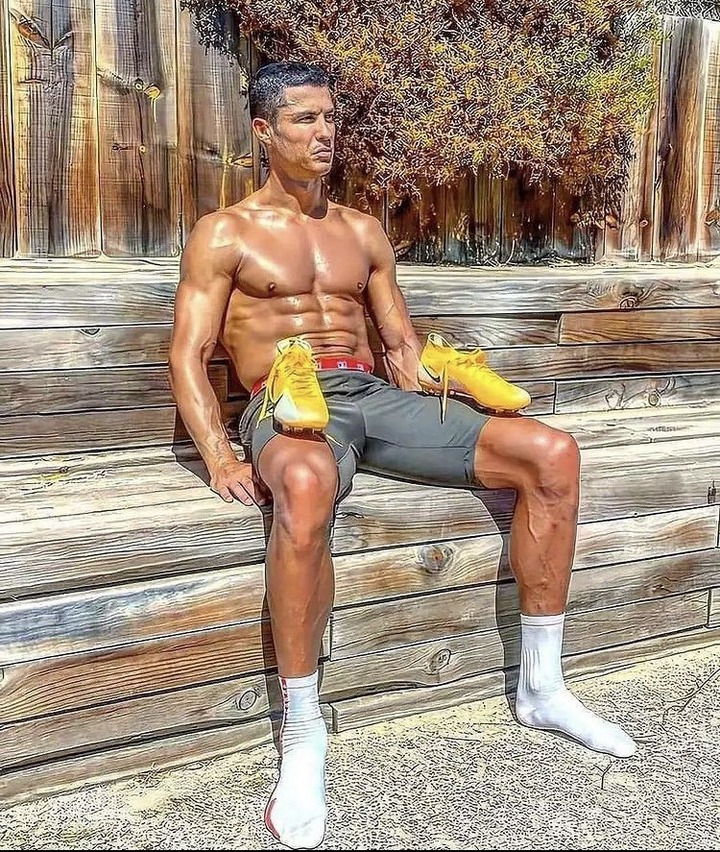 This is evidently an upgrade to Martial if Ronaldo is deployed in the left-wing, a position he has so thrived during his time in Real Madrid. Sancho, too, is an upgade to Martial if he comes in through the left wing. In such case, Ronaldo may be deployed in the striker position to do little work except poach goals and feed off the fecundity of creativity of Paul Pogba and Bruno as well as the speed and direct running of Rashford, Greenwood and Sancho. 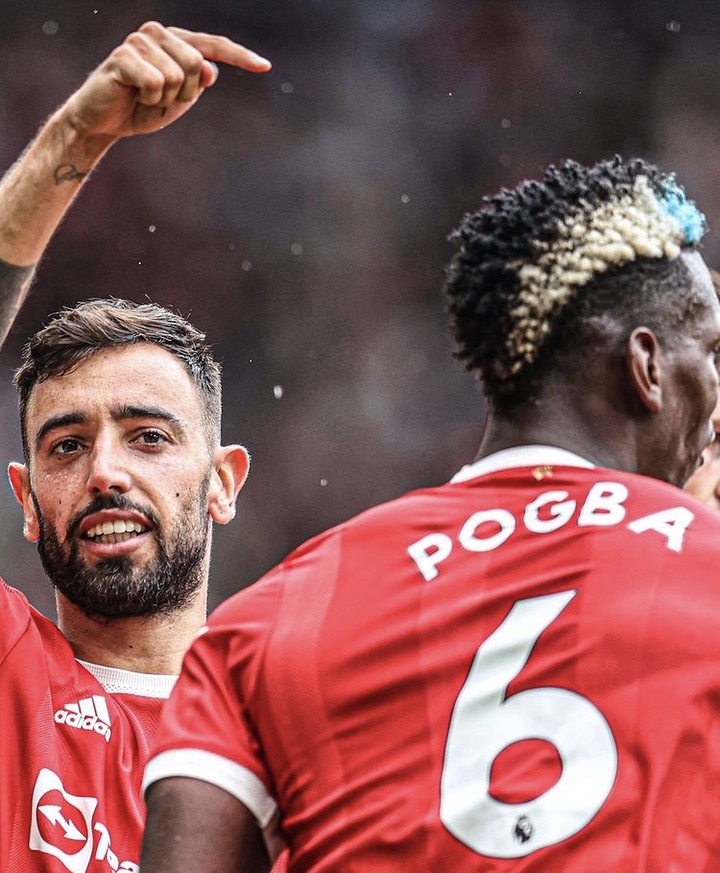 Although Manchester United failed to land Kieran Trippier from the Wanda Metropolitano, they still have the presence of Wan-Bissaka who makes up for what he lacks in attack through his defensive abilities. Manchester United haven’t been utterly convincing in their first few games; however, it’s only a matter of time before the pieces piece together. Ole Solkjaer has the Rubik’s Cube in his hands and he should play it well. Luckily, if he doesn’t play it, the cube might just solve itself due to the presence of innate winners Ronaldo and, of course, Rafael Varane. 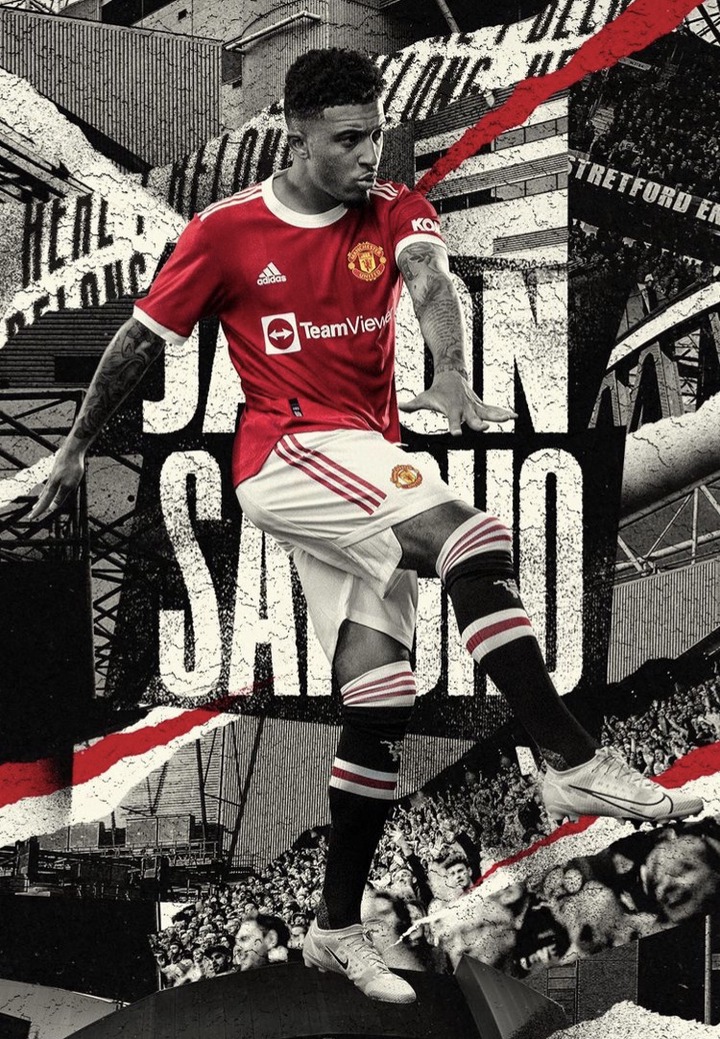 Many people would not agree with this but Manchester City are losers in this transfer window. They lost Aguero and failed to get their hands on Harry Kane. As if that was not enough, they may have had a chance to sign on Lionel Messi for free from Barcelona but they jumped the gun, signing Jack Grealish for 100 Million days before the former’s declaration. 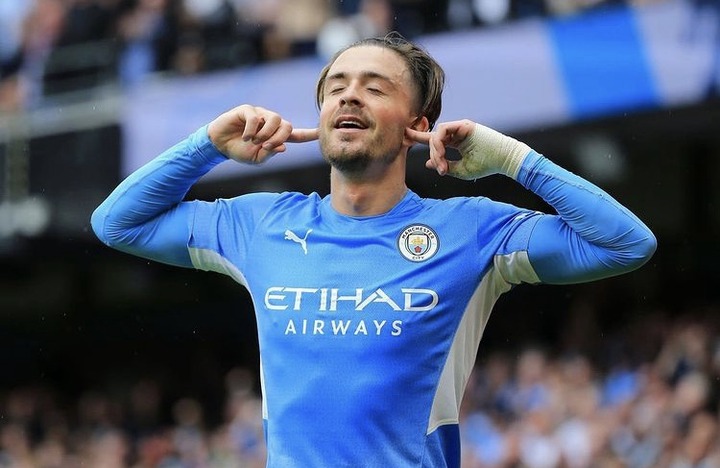 Pep Guardiola’s claim of “uninterest” in Lionel Messi is a façade, the Guardiola who openly sees Lionel Messi as the best player to ever play the game and the best he has ever coached secretly drools over him and his warm welcome of Grealish after missing the chance to sign Messi is just a mask that masquerades the horns of dilemma. Simply put, Guardiola would have wanted Messi over Grealish – any coach would. 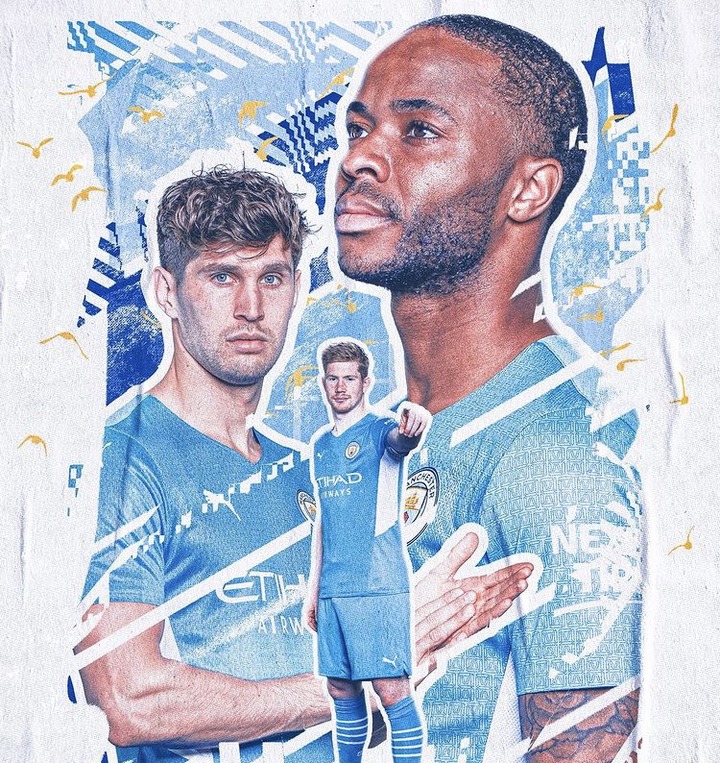 Now, the only pure striker they have in their ranks is Jesus who has impressed but is not the player he could possibly be. As a result, Man City will play more with a false 9. This will mean more press and more possession but the presence of a ST cannot be underestimated. 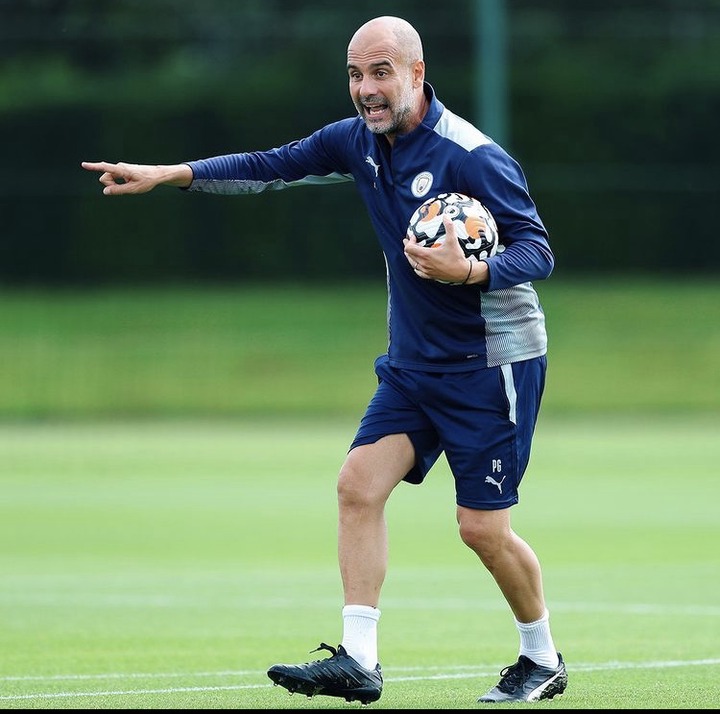 To put a final spoke in Man City’s wheel, Mendy has been charged with rape and therefore suspended. This season might be a blind alley for City if proper care is not taken. 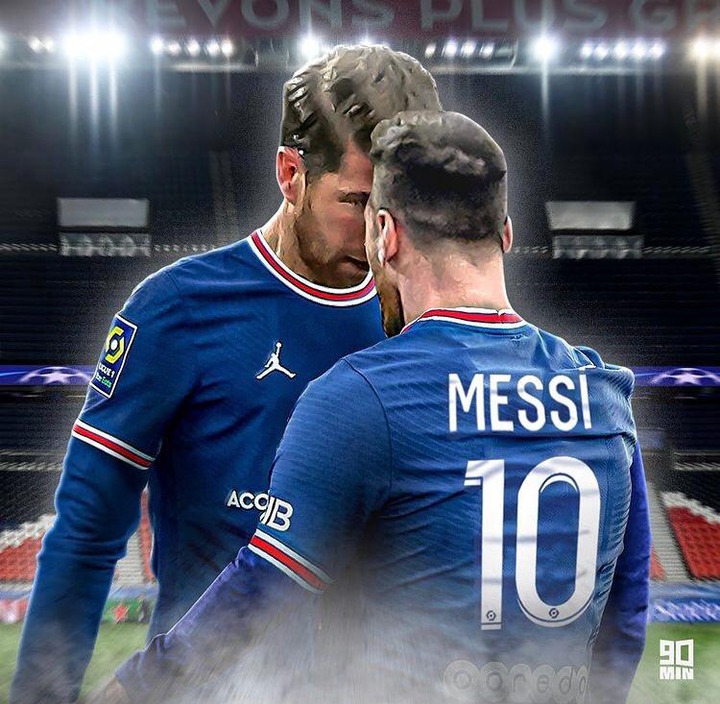 Atheltico are winners of this transfer window not because they procured so many players but because of how Barcelona and Real Madrid’s powers have ebbed away like an aging sorcerer whose spells are on their last legs. 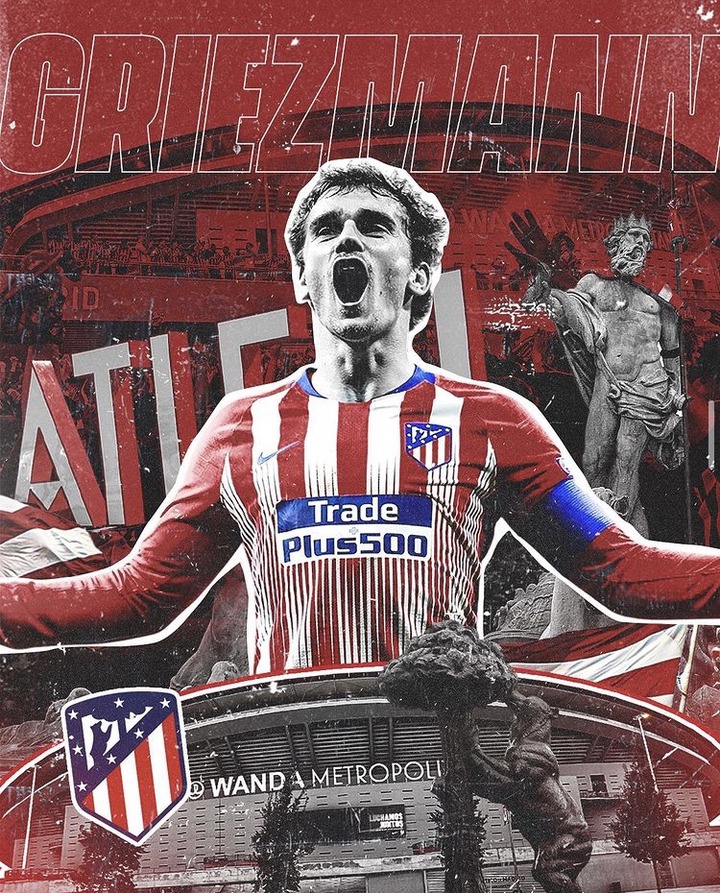 This Madrid side might just win the league again as Greizmann’s addition should be a kink in their neck. Suarez is still firing and Diego Simeone remains the El Cholo, remains determined to be out for blood; therefore, Athletico might use the opportunity of their neighbours’ weaknesses to their own strength. Atheletico are winners. 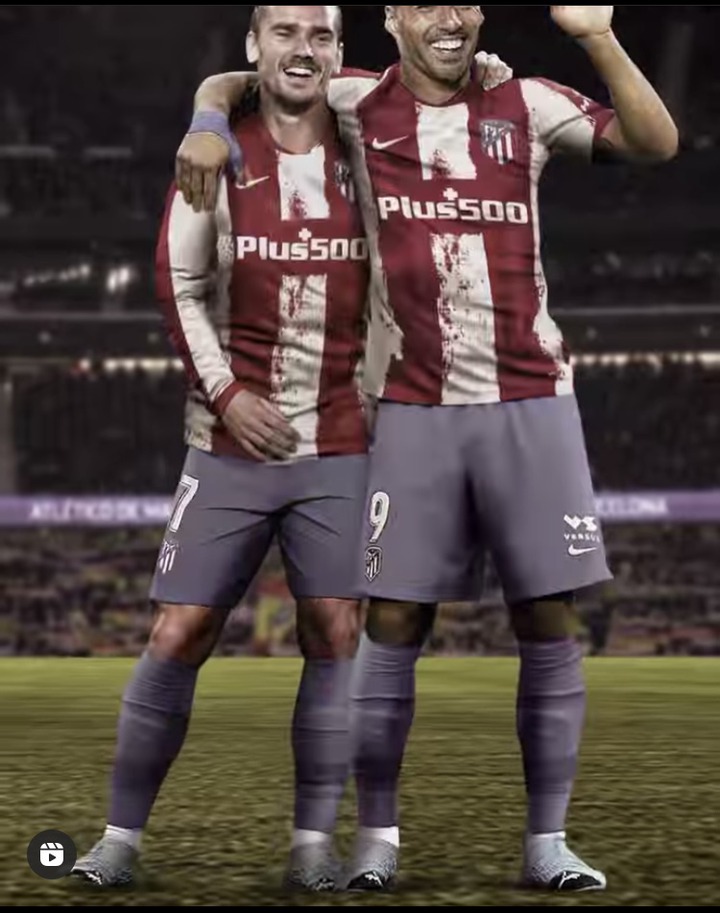 There are bystanders in this transfer window. These teams aren’t winners nor losers. They Include: Ac Milan, Real Madrid, Bayern Munich, and Liverpool.

Who are your own winners and losers? Do you agree with my points in this article? Share this article on if it was a good read!

Content created and supplied by: jakestunt (via Opera News )