By El-dominio (self media writer) | 1 month ago

As humans, language is our primary tool for expression, and communication as well as speaking, and writing. This article will focus primarily on the languages spoken by Chelsea football club players to guide media when interviewing them for either pre-match or post-match conferences.

The player's languages were revealed as they prepare to face Malmo on matchday 3 of 2021/22 UEFA Champions League group stage. Chelsea is currently second on the log behind Italian giants Juventus after they lost 1-0 away at Turin on matchday 2. Italian starboy Chiesa scored the only goal of the encounter in the 46th minute to make it 2 wins out of 2 for the Italian giants.

Let us get straight to the languages spoken by the players. 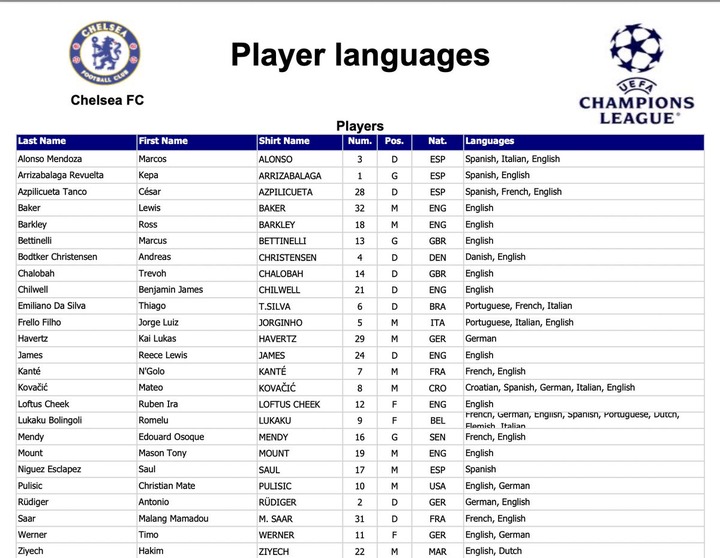 Romelu Lukaku leads the way as he can speak 8 languages and he is followed closely by Kovacic who can speak 5 languages. While the trio of Alonso, Jorginho, and Thiago Silva can speak 3 languages fluently. While other players except for the homegrown players are Bi-lingual. 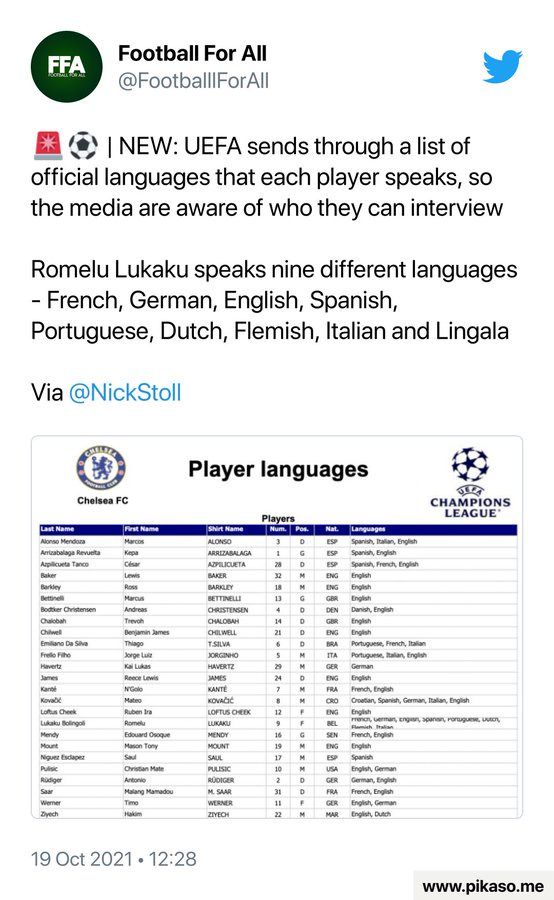 What is your reaction to Romelu Lukaku, who is fluent in 8 different languages?

Content created and supplied by: El-dominio (via Opera News )