The statististick below shows how the two great players in Europe were compared based on their career records so far in the clubs they play for.

The Leipzig player who is now the current Chelsea player Timo Werner and The current Juventus player Dybala, are the two prolific players in The World.

The 24 years old Current Chelsea player Timo Werner was the former Leipzig player who had played for digger clubs on Europe. However, the German player has great career record so far. 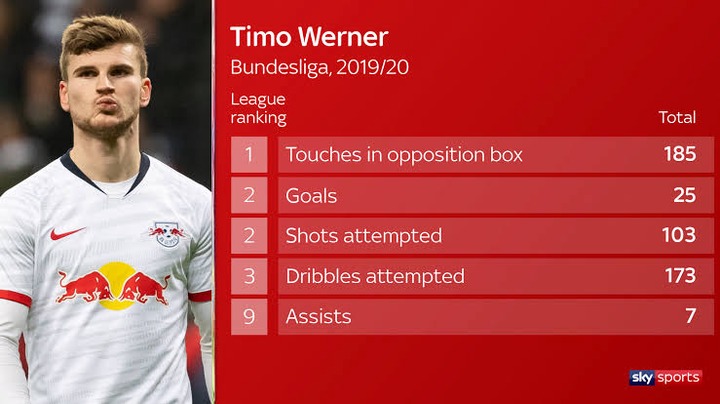 The 26 years old player Paulo Dybala is the current Juventus player who plays for His club and country Argentina. Fabulous the key Juventus attacker who had great record so far based in goal scoring. The statistics below, the current Chelsea player Timo Werner has played 353 games so far and has ended up scoring 178 goals with 65 goal assist.

The Argentina player Dybala has splayed 360 games so far and has ended up scoring 126 goals and 58 goal assists. 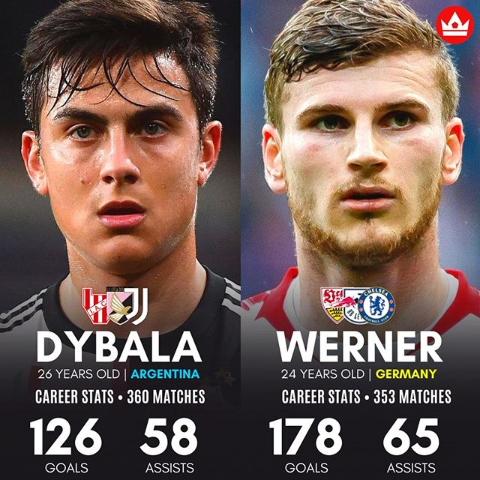 Between this two players who is a better player? ﻿