By Johnsongabriel (self media writer) | 9 months ago

Chelsea will welcome Aston Villa to Stamford Bridge for the late kickoff of the Premier League today.

Thomas Tuchel has side have taken seven points from a possible nine on offer so far. The Blues took the lead against Liverpool before falling to a 1-1 draw in the game that saw Reece James shown a red card.

Aston Villa lost their first game of the season with a 3-2 loss to Watford bur have recovered to pick four points in their last two matches.

Chelsea will be without injured N'Golo Kante and Christian Pulisic for the match. 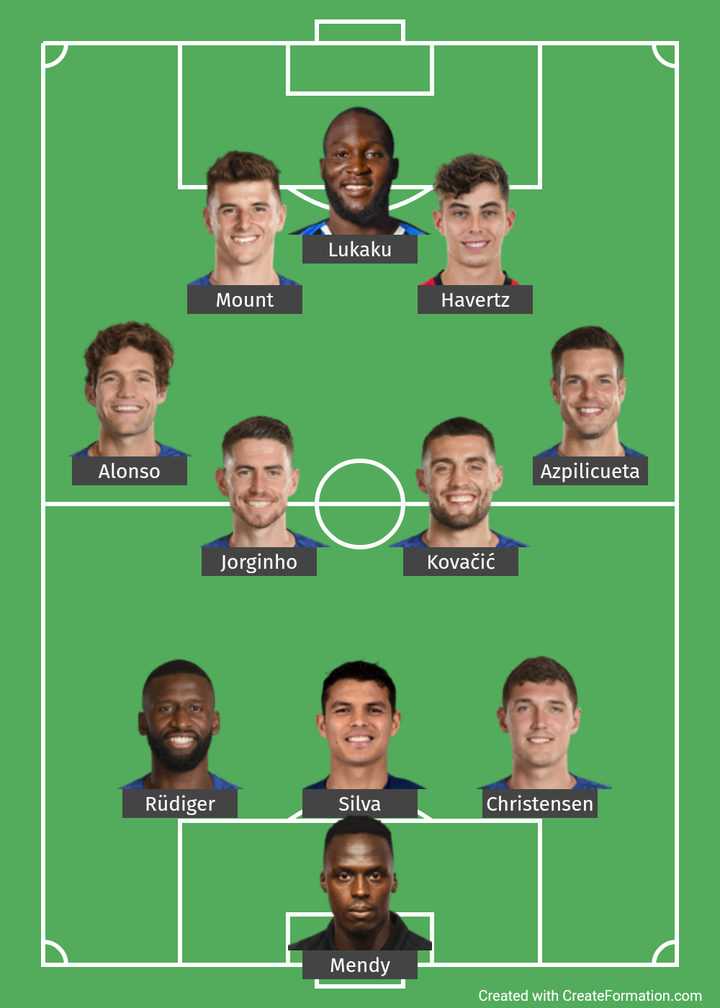 Mendy has kept two clean sheets this season conceding only from the spot against Liverpool. He would look to continue his impressive form for the Blues.

Rudiger has been solid for Chelsea under Thomas Tuchel and he's one of the first names on the team sheet. He impressed during the international break scoring his first international goal for Germany.

With James out of the clash through suspension, Azpilicueta is expected to start as right wing-back.

Jorginho has been in solid form at the start of the season, the Italian international has been a mainstay in the Chelsea midfield.

Kovacic started from the bench against Liverpool but with N’Golo Kante an injury doubt and Saul Niguez more likely to make his debut from the bench, the Croatian is expected to be in the starting lineup.

Alonso has kept Ben Chilwell out of the starting so far with his solid start to the season and was nominated for the Premier League’s August player of the month award.

Havertz scored for Chelsea against Liverpool last time out but was substituted after 45 minutes with Reece James's red card forcing Thomas Tuchel to make a tactical reshuffling.

One assist in four appearances so far this season for the home-grown star. He will hope to get on the scoresheet sooner rather than later.

Lukaku has recovered from a slight injury he sustained during the international break with Belgium. He will lead the Blues frontline.

Do you think this lineup will give Chelsea a victory today? Please drop your comments below

Content created and supplied by: Johnsongabriel (via Opera News )