By ZephaniahBethelKalu (self meida writer) | 29 days

Nigeria's Asisat Oshoala has won the UEFA Women's Champions League with Barcelona after a 4-0 win over Chelsea in Gothenburg, Sweden. Barcelona came into the game with zeal and attacked early on which led to an own goal by Leupolz in the 1st minute of the game, to set the tone for a thrilling final 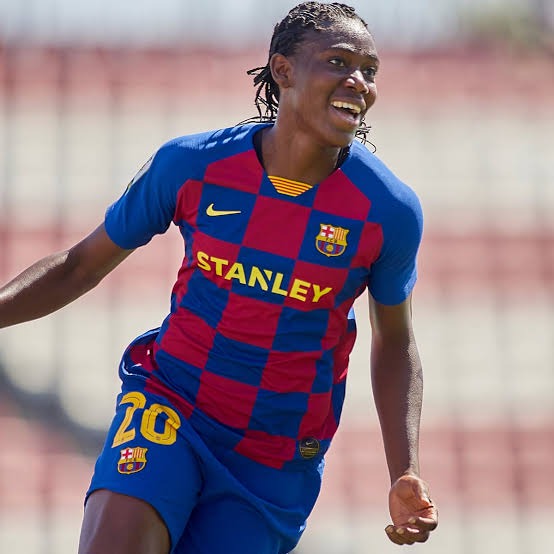 Barcelona made it 4 in the 38th minute when Caroline Graham Hansen met Lieke Martens' cross and slotted home. The former world footballer of the year dribbled her marker before laying a low cross to Hansen who calmly slotted past Berger in goal for Chelsea

Loius Cortes later brought on Oshoala who just returned from injury in order to sustain the pressure on Emma Hayes' ladies. Chelsea got chances in the game but Sam Kerr and Pernille Harder failed to convert clear chances

Opinion: 2 Ways Chelsea Could Lineup Their Front-three Next Season With Lukaku Or Sancho

Portugal trends ahead of their first game