By Opeyeminews (self media writer) | 25 days ago The former Heracles Almelo football club star has rediscovered his goal scoring form since joining Feyenoord football club on a season long loan from Belgium Pro League giants KRC Genk football club this summer, and that has rebuilt his confidence.

Cyriel Dessers who joined KRC Genk football club on a four years deal from Heracles Almelo FC last summer transfer window, endured a tough 2020/2021 season, as he was unable to break into the team's first eleven, due to his compatriot Paul Onuachu's form. Despite the fact that Cyriel Dessers did not have enough playing time last season, he managed to score the total number of 7 goals for the club in all competitions, and he also played a vital role in their Belgium Super Cup triumph.

Dessers lack of playing time makes coach John van den Brom to send him out on loan to Feyenoord football club, and he has been enjoying life in the club.

The 26 years old has played for several years in Netherlands and the clubs he represented in the past are NEC Breda FC, Utrecht FC, and Heracles Almelo FC before joining Feyenoord FC this summer. 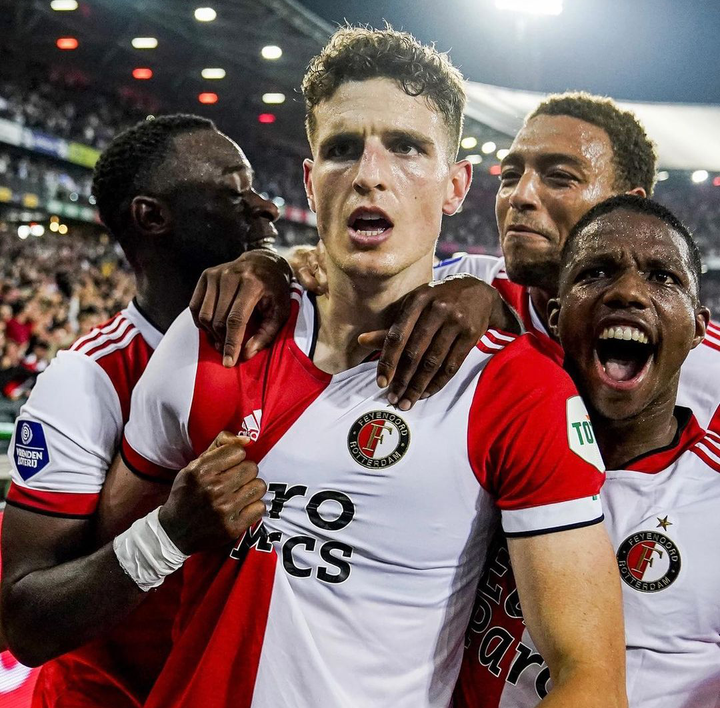 Dessers managed to play 3 matches for KRC Genk football club in all competitions this season, and he netted a goal before moving to Feyenoord FC, and he has been able to score two goals and provided two assists in just three appearances for the club.

The Nigerian was introduced to the pitch on Saturday night to replace Iranian star Alireza Jahanbakhsh, and he was able to make an instant impact, as he scored a beautiful goal in the 90th minutes to guide his team to a remarkable 5-3 victory. Cyriel Dessers only made an appearance for the Super Eagles of Nigeria in an international friendly match against Algeria national team in October 2020, and he hasn't been given another opportunity to showcase his talent for the team again by coach Gernot Rohr.

With Cyriel Dessers impressive form for Feyenoord football club, it means he deserves to get a recall to Super Eagles, and he will definitely add his experience to the team's attack.