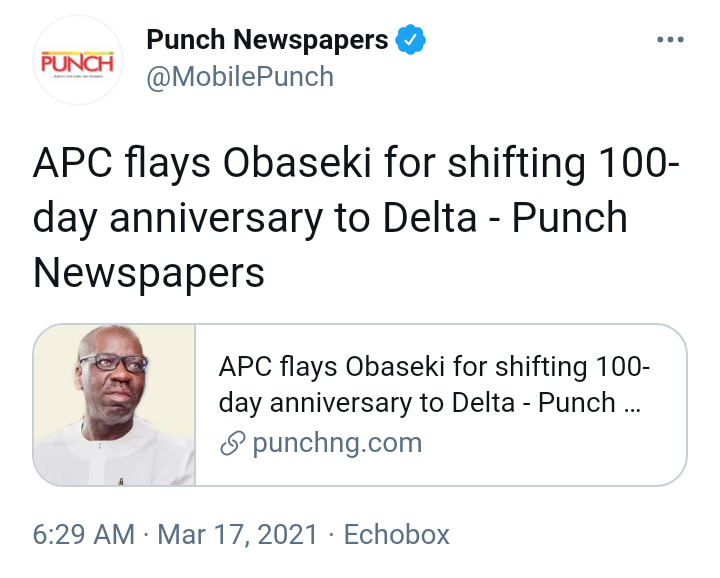 THE Edo State chapter of the All Progressives Congress has slammed Governor Godwin Obaseki for marking his 100 days in office in neighbouring Delta State.

In a statement by the Assistant State Publicity Secretary of the APC, Ofure Osehobo, the Chairman of the party’s Caretaker Committee, Col. David Imuse (retd.), said Obaseki inaugurated white elephant projects on behalf of another state governor, saying he had lost focus.

The statement quoted Imuse as saying, “It should interest the PDP and Mr Obaseki that by pretending to forget that the governor has clocked 100 days in office as a sole administrator and gone ahead on a wild goose chase to a neighbouring state, he has declared the PDP government in Edo State, which he heads to be ineffective and incapable of improving the lives of Edo people, going forward.” 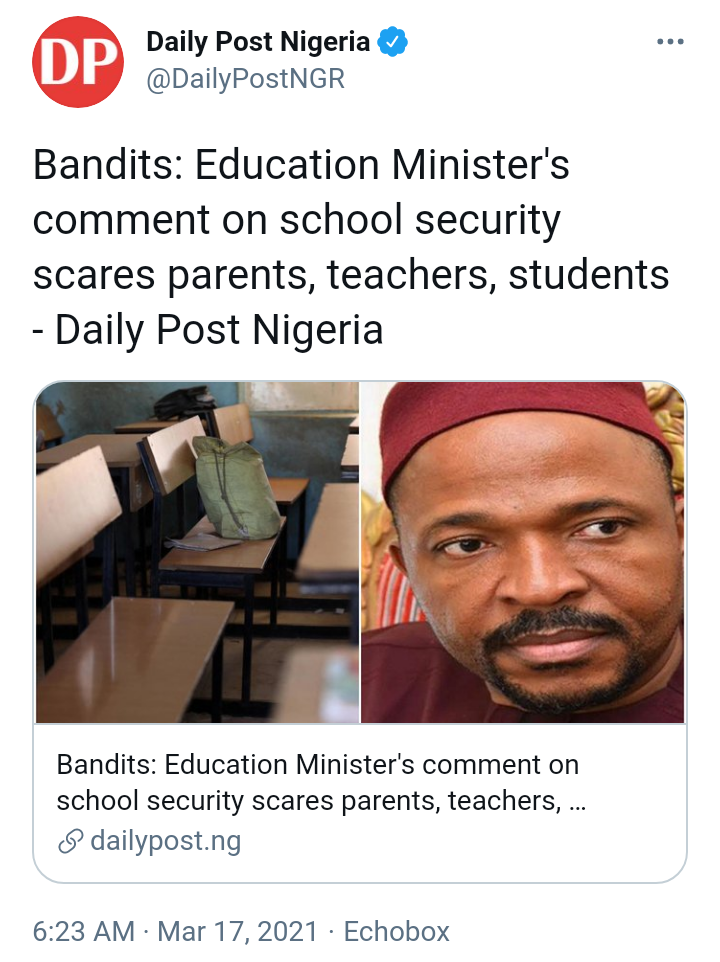 Two comments by high ranking Nigerians recently have brought to the fore the dangers the education sector in the country is facing at the moment; attacks on schools and the abduction of students, especially in the northern part of the country.

The minister, during the interview with a national daily, passed the responsibility of securing schools to school managers and locals, declaring that Nigerians must be vigilant so as to end attacks on schools and abduction of students. He also added that schools have been directed to report any security threat to the nearest security agency. 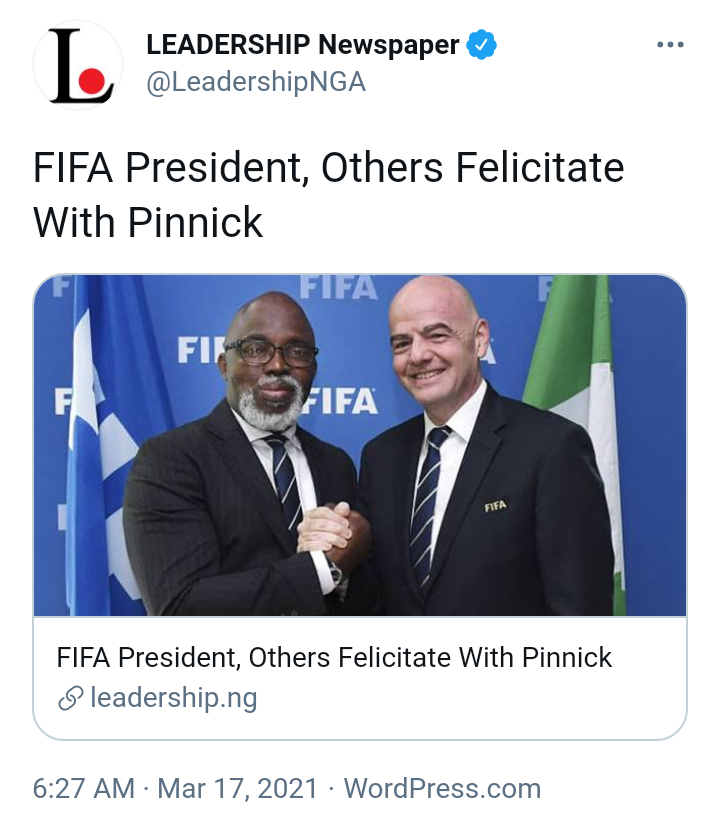 “I have no doubt that your experience, your knowledge, not to mention your passion, your sense of consensus and your personal qualities, will help you to meet future challenges at the service of the world football community. I am convinced that as FIFA Council Member, you will make an important contribution to FIFA and, most importantly, to the development of our sport, which unites us all,” wrote Infantino, before adding that he looked forward to start working with Pinnick at the FIFA Council from the next meeting scheduled for Friday, 19th March, by video conference. 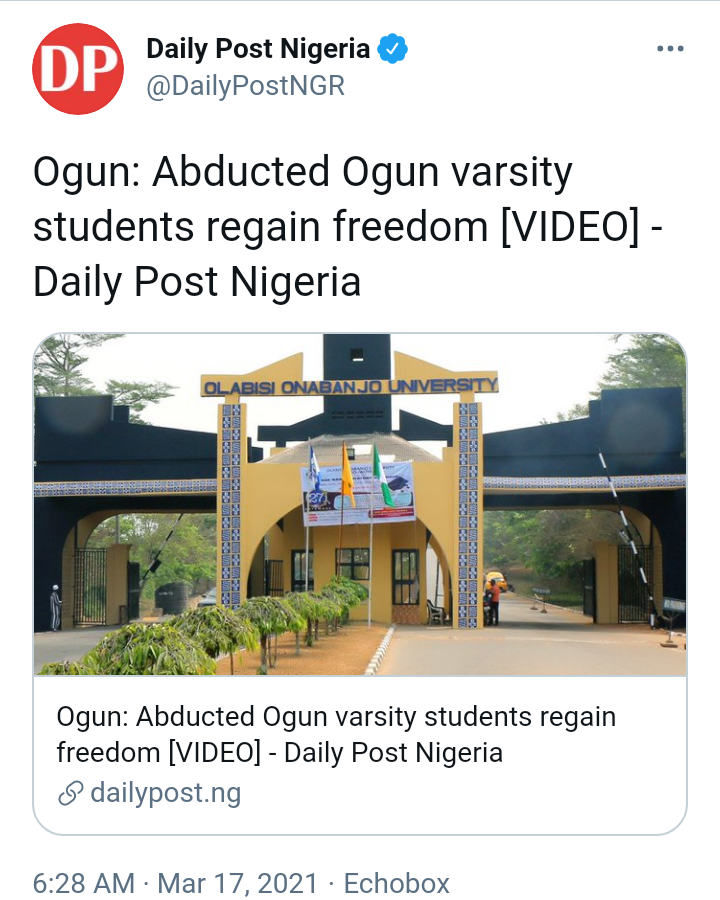 Two female students of Olabisi Onabanjo University, Ayetoro campus, who were kidnapped on Sunday night have been freed.

The students, Precious Adeyemo and Abiola Oyefule, who regained freedom on Tuesday night, are now with the police.

The Ogun State Police Public Relations Officer, Abimbola Oyeyemi, said the students would be reunited with their families on Wednesday.

According to Oyeyemi, the kidnappers released the students when the pressure from the police was getting too much for them. 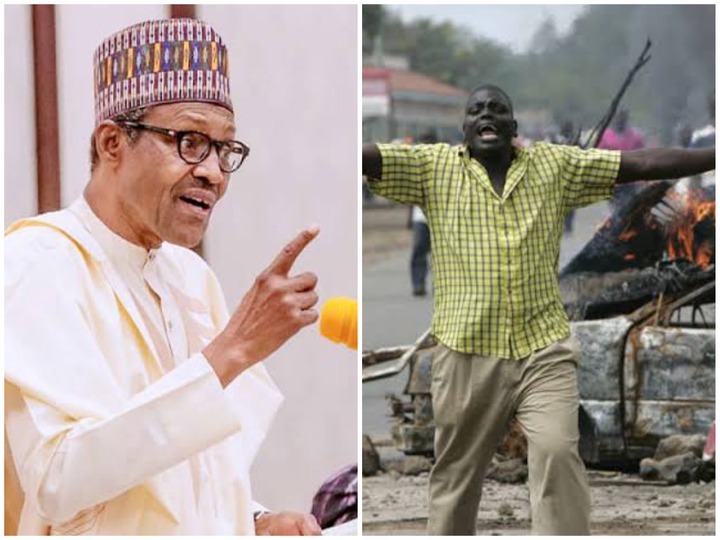 Years After He Left Acting For Politics, Checkout Photos Of Desmond Elliot, His Lovely Wife And Kids