Check Top 10 Best Goalkeepers Of All Time, Ranked Based on Their Performances

By Muhaliyu (self media writer) | 24 days ago 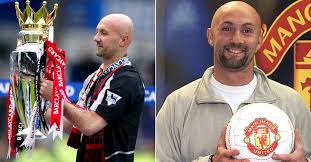 Without doubt the best French goalkeeper, Barthez first played for Olympique de Marseille and won the Champions League in 1993. In addition to being champion of France with Monaco and champion of England with Manchester United, he shines under the jersey of the France team.

Holder during the victory of the Blues at the 1998 World Cup, then at Euro 2000, he has often relieved his defense thanks to his parades and his sometimes spectacular aerial outings. 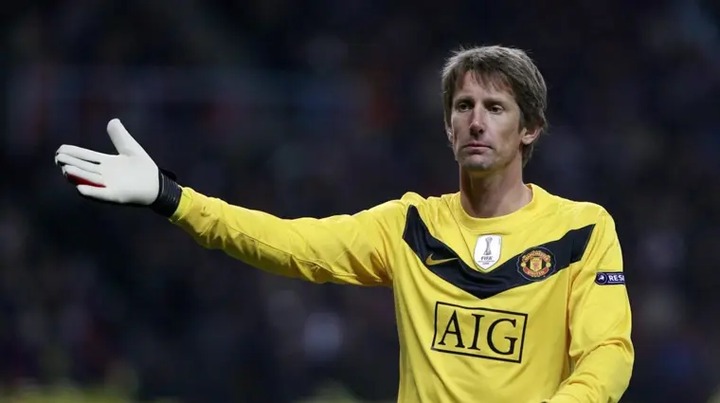 Elected 4 times best European goalkeeper, Edwin van der Sar has had an extraordinary career in club. It all started at Ajax Amsterdam, where he collected a host of national titles, as well as a Champions League in 1995.

After stints at Juventus and Fulham, he once again won a Champions League and 4 Premier League titles with Manchester United. Despite 130 caps for the Netherlands, he did not win any titles with the national team. 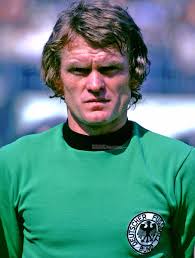 Legendary goalkeeper for Bayern Munich and the German national team (FRG), Sepp Maier has won all the major national and international titles. With Bayern, where he play for 14 years, he won 4 championships, 4 German cups and 3 consecutive Champions League between 1974 and 1976.

In national selection, he first won the Euro in 1972, then lifted the World Cup at home in Germany in 1974. During the competition, Sepp Maier was one of the most important players in his team. A symbol of the dominance of Bayern and Germany in the mid-1970s, Maier is one of the best goalkeepers in history. 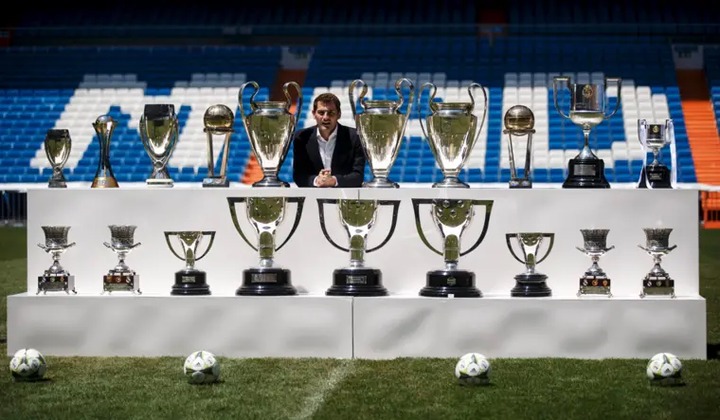 Iker Casillas's record is impressive, both in club and in selection. Coming from the Real Madrid training center, he quickly established himself as a starter and won 5 Spanish Championships, 2 Copa del Rey and 3 Champions League with Casa Blanca. 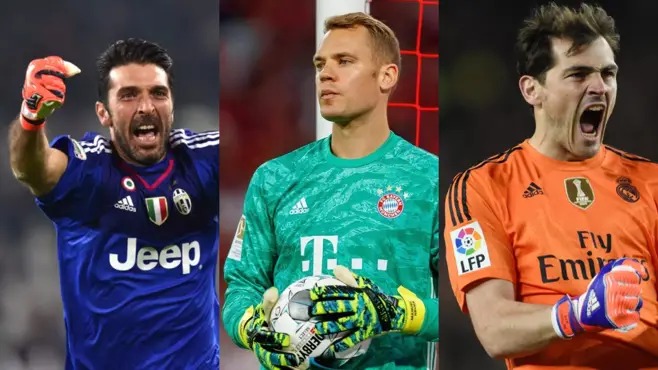 Casillas is also the most capped player in Spain, with 167 games. He is one of the players who has won back-to-back Euro 2008, the 2010 World Cup and Euro 2012. His saves are often decisive and allow Spain to often end their matches without conceding a goal. 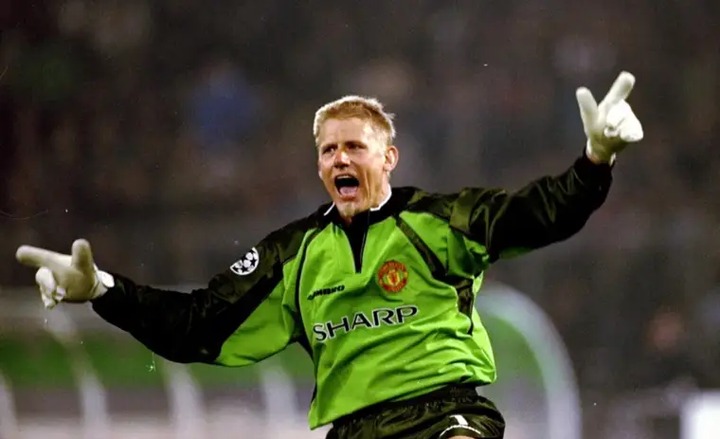 Peter Schmeichel is one of the best goalkeepers of the 90s. Discovered by the general public during Euro 1992, he played a major role in Denmark’s surprise victory thanks to his numerous saves. With 129 caps, he is the most capped Danish player in history.

Emblematic goalkeeper of Manchester United, he accumulate titles during his 8 years with the Red Devils. 5 Premier League titles, 3 FA Cups and above all a Champions League during his last year at the club in 1999. He ended his career with passages at Sporting CP, Aston Villa and Manchester City.

A very authoritarian goalkeeper with a very strong character, Oliver Kahn was arguably the best goalkeeper in the world in his time.

The German goalkeeper is a hard-working man with a steel mind, able to always be at his peak in his matches. His incredible reflex saves and relaxation made him one of the best goalies of all time.

With Bayern Munich, he won 9 national titles, as well as 6 German Cups and a UEFA Cup. After a defeat in the Champions League final in 1999, he finally won the trophy in 2001. In the final, he notably stopped 3 shots on goal and played a large part in the victory of his team.

Oliver Kahn was voted best player of the 2002 World Cup (a first for a goalkeeper), despite losing to Brazil in the final. However, he never win an international competition with Germany. 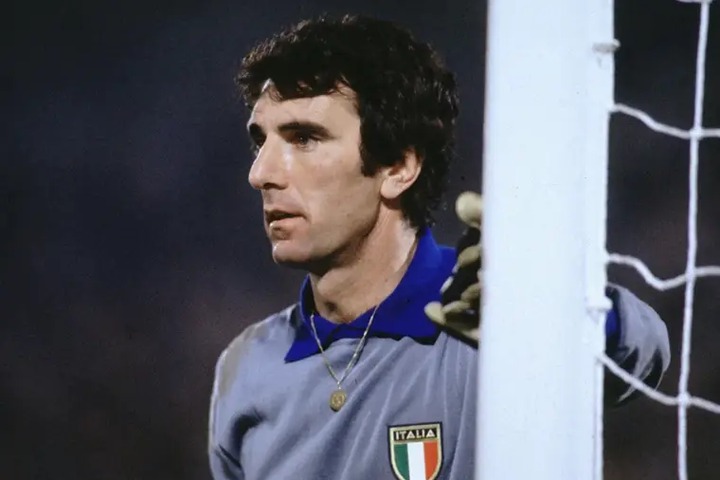 Dino Zoff is certainly one of the best goalies of all time. He is a goalkeeper who prefers efficiency and precaution rather than having to make spectacular saves, even if he could. He had an incredibly long career, which spanned from 1961 to 1983. 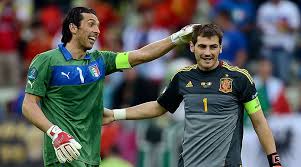 At club level, he first play for Napoli for 5 seasons before joining Juventus Turin. With the Bianconeri, Zoff finally won his first club trophies. During his 11 seasons with Juventus, he won 6 championships, 2 Italian Cups and 1 UEFA Cup. However, Zoff never win the Champions League, despite 2 finals in 1973 and 1983. 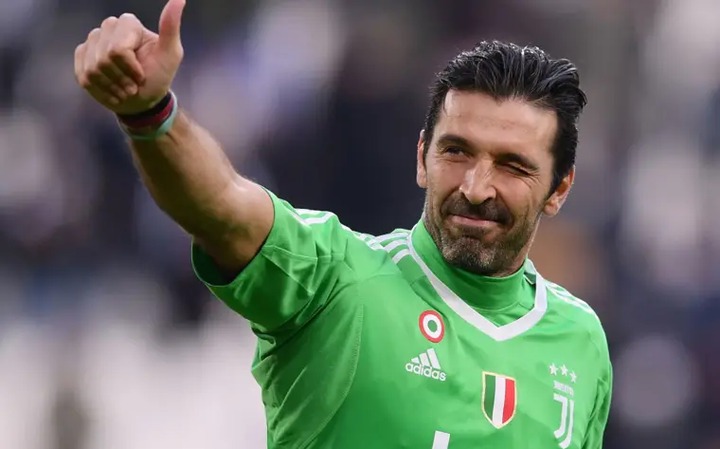 Now 40, Buffon is a legend and an example of longevity. His consistency at the highest level for more than 2 decades makes him part of the circle of the best goalkeepers in history. He made his debut in Parma, with whom he won the UEFA Cup and the Italian Cup in 1999.

Then in 2001 he became the legendary goalkeeper of Juventus and remain so for almost 17 years. Buffon have won 10 Serie A and 4 Italian Cups with the Turin club, only the Champions League eluded him, despite 3 finals in 2003, 2015 and 2017.

He is also the most capped player in the Italian selection (176 matches), with which he participated in 4 European Championships and 5 World Cups, including the one won in 2006 against France. 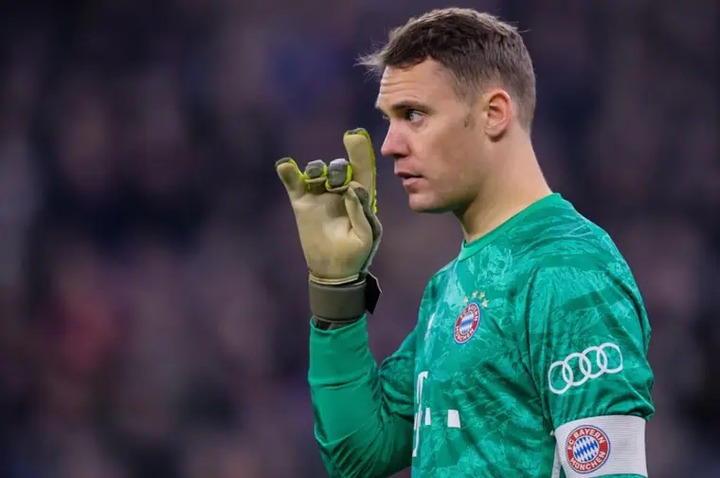 Manuel Neuer is one of the best goalies of this generation. He revolutionized the goalkeeper position by positioning himself very high and participating much more in the game. His outings outside the box and his ease with the ball in his foot almost make him look like a libero.

Neuer is still active, but he is already a legend for both Germany and Bayern Munich, one of the best European clubs in history. With the Bavarian club, the German goalkeeper has been crowned German champion 8 times and won the Champions League twice in 2013 and 2020.

Neuer is also enjoying a great career in the national team. After failing in the semi-finals of the World Cup in 2010 and the Euro in 2012, he finally won the World Cup in 2014. With 10 high-level seasons at Bayern and 98 caps for the German team, we can say that Neuer is one of the best goalkeepers in history. 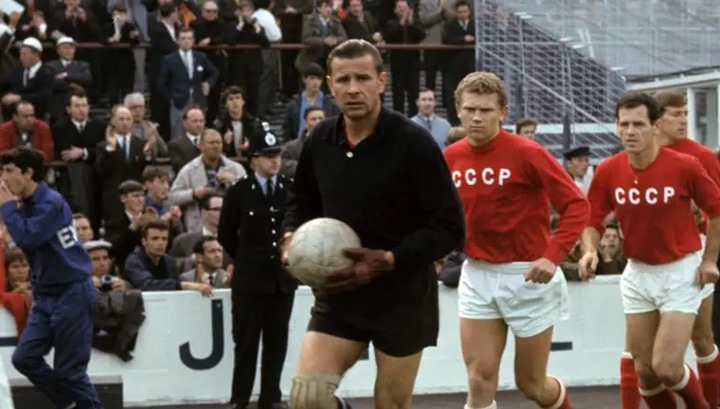 Lev Yashin is arguably the best goalie of all time. He is the only goalkeeper in football history to win the Golden Ball (1963). He revolutionized the role of goalkeeper with his meteoric outings and new style, which earned him the title of FIFA's greatest goalkeeper of the 20th century.

Lev Yashin leads the USSR to final victory in the 1956 Olympics and the 1960 Euro. The Russian goalkeeper also helps his team reach the semi-finals of the 1966 World Cup. But Yashin also has a long career strewn with titles with his club, Dynamo Moscow.

"The black spider", as it was called, took part in 365 matches with Dynamo Moscow and won the USSR championship 4 times. He holds a record of more than 150 arrested penalties and 270 clean sheets during his career. Lev Yashin was also voted European Goalkeeper of the Year 9 times between 1956 and 1966.