By owolonation (self meida writer) | 4 days

Yesterday's return leg was astonishing, Exciting, and filled with Surprises as Manchester City won Pochettino's men 4-1 Aggregate. City entering their first-ever Champions League Final in the Clubs history, goals from Riyadh Mahrez were enough for Pep Guardiola's side was Surprising, and a dream come true for Pep. 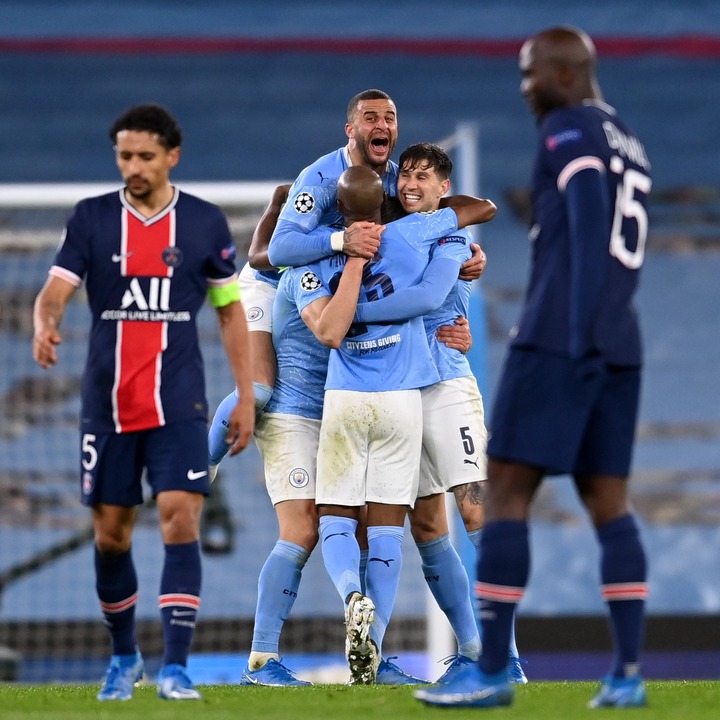 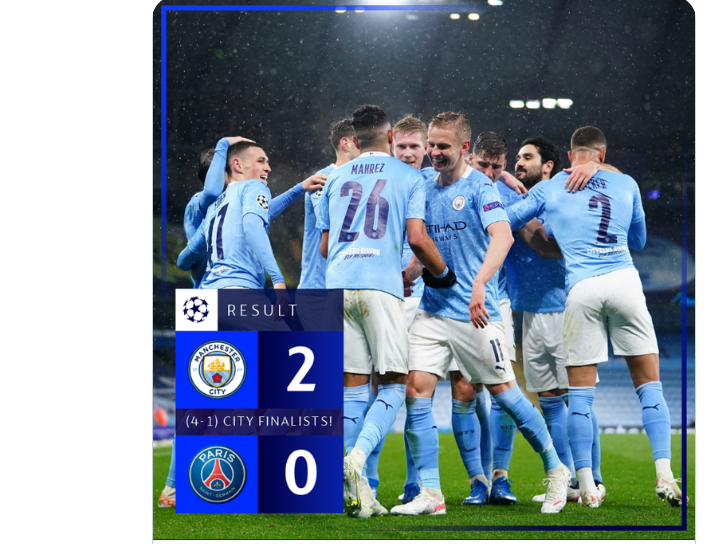 While the game was ongoing there were a lot of scenes much as expected because it was a game between Two Strong teams, and one team lost the first leg at home, which was Psg. PSG got frustrated as they couldn't even have a shot on target throughout the game. Verrati and Former Man Utd Midfielder Ander Herrera were seen fuming during the game, well they had their reasons.

Both Midfielders accused the Referee Bjorn Kuipers who refereed Man City Vs PSG Clash of telling The Ligue Giants players to Fuck off during the game, Ferrari confirmed it while Herrera also did. 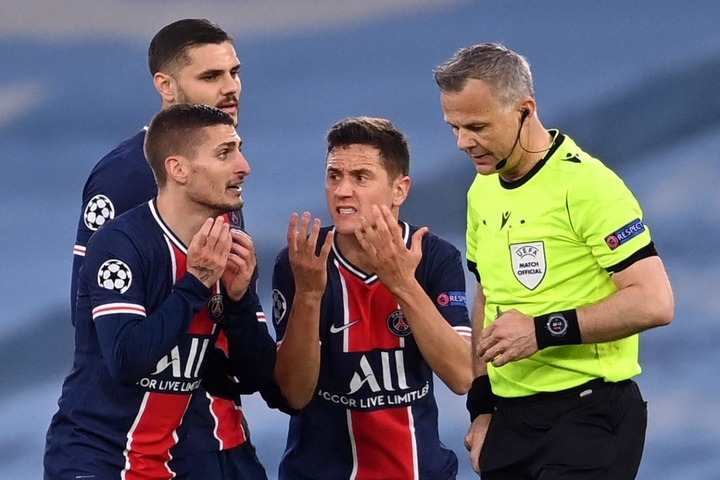 Marco Verratti said, "The referee also told me 'fuck you twice. For them it's normal if you say that it's ten matches [ban]. I talk a lot to the referee but I don't say that.", while Ander Herrera, on the other hand, said, "The referee said fuck off to Paredes."

After Watching the clash against Both teams, I must say Pochettino's boys were Brutal, and they got it all wrong with the way they played, mostly the Second 45 minutes, they were too rough in the game and failed to break the Citizen's defense.

Opinion: 3 Celebrities With The Most Creative Pregnancy Photoshoots

He Is The Only Player Manchester United Fans Are Blasting Today, After A Poor Performance