The West London based club West Ham United continued their incredible run in the league as they got an emphatic 4 - 1 win over Leceister City at London Stadium.

The Hammers were dominant all through the match as they recorded their second consecutive victory of the new English Premier League season. 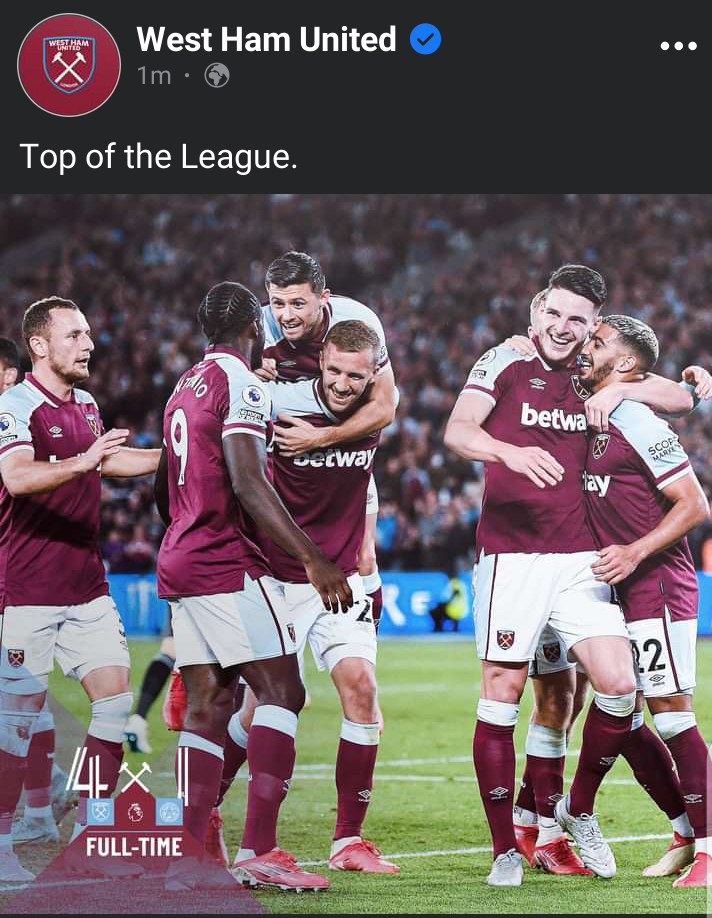 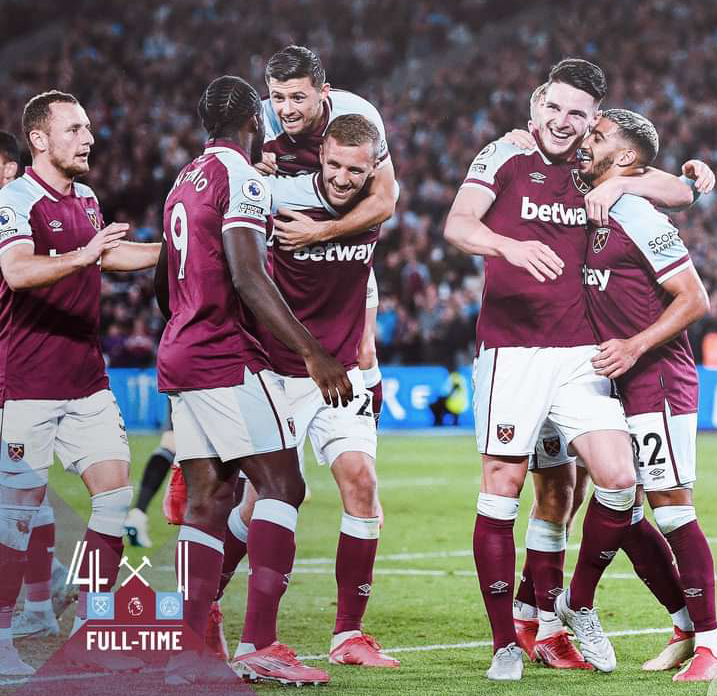 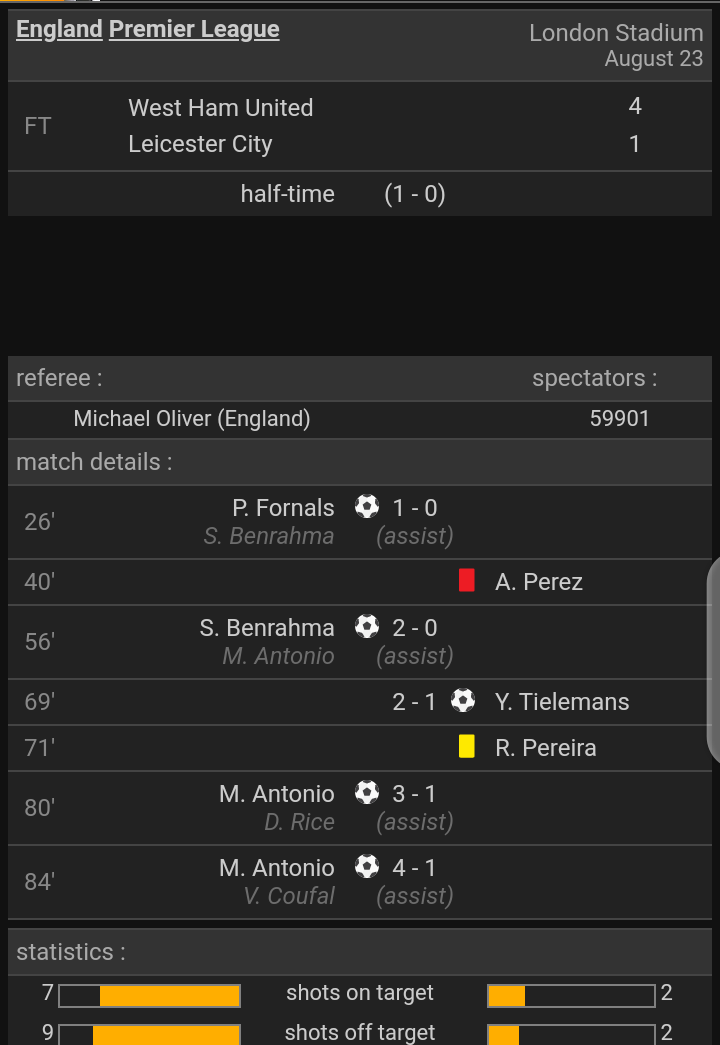 After West Ham United got an emphatic victory over Leceister City, they moved on top of the English Premier League table.

The West London based club moved above Chelsea and Liverpool on the English Premier League standings.

The Hammers have registered six points alongside Chelsea, Liverpool, Tottenham Hotspurs and Brighton.