Cristiano Ronaldo again? See the record he set yesterday after he scores a brace against Lazio!!

Breaking or setting records has been overtime considered by footballing fans as one of the hobbies of the Juventus and Portugal forward, Cristiano Ronaldo. 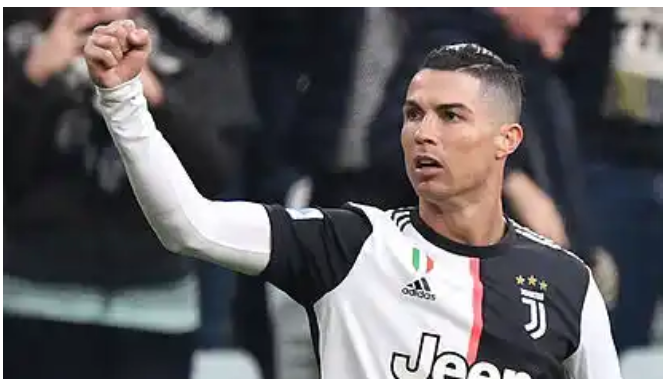 Cristiano Ronaldo who has played in four different leagues has over 700 goals which is the highest for any current active players in the footballing world.

Cristiano Ronaldo who is popularly regarded to as a goal poacher due to his goal scoring ability was able to set another goal scoring record when he scored a brace against the Serie A opponent Lazio yesterday night.

Cristiano scored his first goal of the game yesterday from the penalty spot after his shot take a delection off a Lazio defender and control the ball with his hand in 18th Box.

Then scored another from a Paulo Dybala killer pass.

Cristiano Ronaldo scoring two goals against Lazio in yesterday match make him the first and only player in footballing history to score 50 plus goals in the Italian, English and Spanish leagues.

Some other top players like Roma Forward Edin Dzéko has in the past achieved such records in different leagues but none has been able to do this in the Spanish La Liga, English Premier League and the Italian Serie A combined.

Ciro Immobile who has been a threat to Ronaldo in the Golden Boot race also scored from the penalty spot yesterday.. Which he also now has 30 Serie A goals...

In your own opinion, do you think Cristiano Ronaldo will be able to overtake Lazio forward Ciro Immobile from the Series A Golden Boot

Content created and supplied by: Quayum23 (via Opera News )