Liverpool defeated Watford to go top of the English Premier League table on Saturday, following their 5-0 victory over the newly-promoted side. A hat-trick from Roberto Firmino and a goal each from Sadio Mane and Mohamed Salah sealed the victory for the Reds on Saturday at the Vicarage Road Stadium. The English Premier League staged a return on Saturday after the International break and the fixture between Brentford and Liverpool sets the ball rolling in the first game of the game-week.

The game kicked off with Liverpool dominating the possession of the game, and it took them just 9 minutes to register the first goal of the encounter when Sadio Mane's strike puts the Reds in front.

With just a few minutes left before the halftime of the game, Roberto Firmino doubled the advantage for the visitors, and the game ended 2-0 in the first interval of the encounter.

The second half kicked off with the Reds still in possession of the game whereby forcing their host to sit at home trying to contain their visitors. Roberto Firmino got his second goal of the game in the 52nd minute to put the game away from their host, Watford.

Mohamed Salah got his name on the score sheet in the 54th minute, when he scored the fourth goal of the game for Liverpool who was in total control of the game.

Roberto Firmino scores his third goal of the day in the dying moments of the game to seal the victory for the Reds who walk away with a 5-0 win over the newly-promoted side. 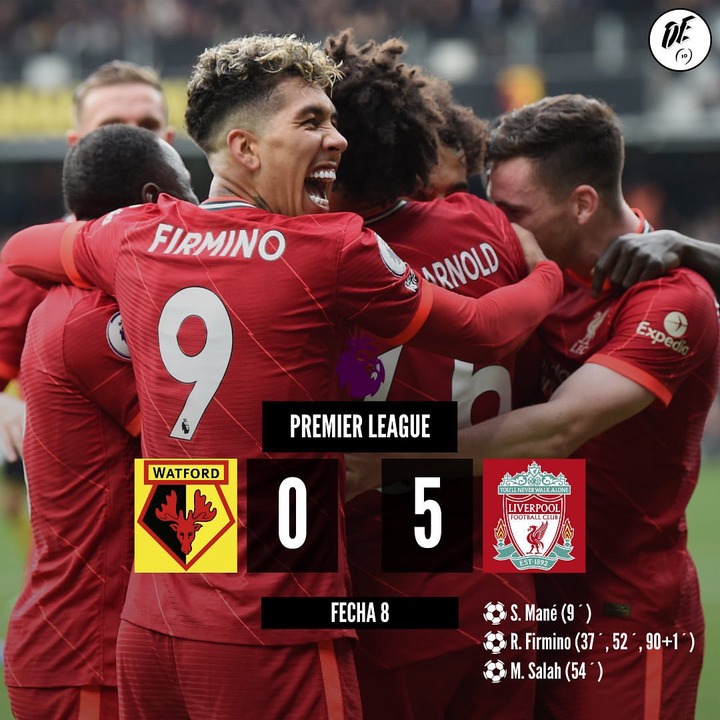 MAN OF THE MATCH:

After his superb performances in the game, Mohamed Salah was named Man of the match. 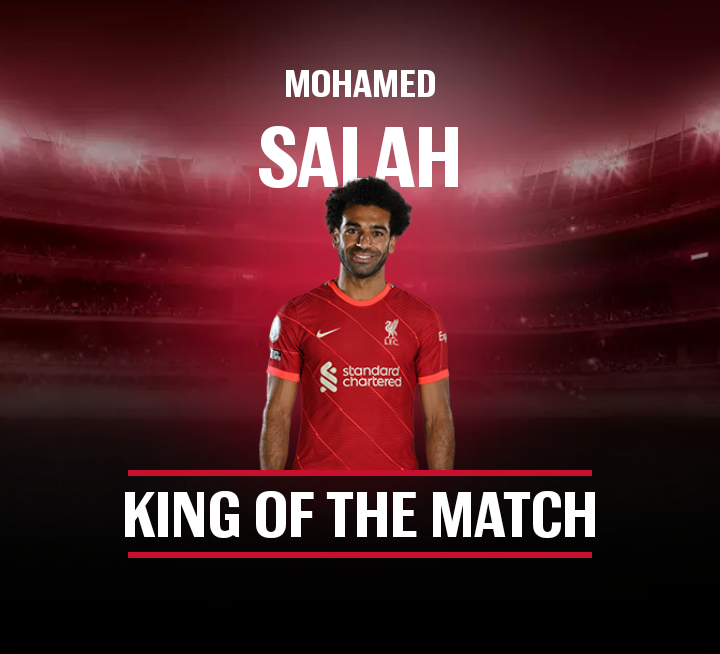