Zero goal and Zero Assist:- Top 3 Reasons Why Lionel Messi Is Finding it hard to score in Ligue 1?

By [email protected] (self media writer) | 23 days ago

The Argentinian star man has not scored a single goal in the domestic league after the summer move to PSG. Lionel Messi is one of the best players in the world and his struggles in the French Ligue 1 came as a surprise to many. Fans were expecting the forward to be scoring goals week in week out since he was playing with top-rated stars like Kylian Mbappe, Neymar Jr, Angel Di Maria and many more. 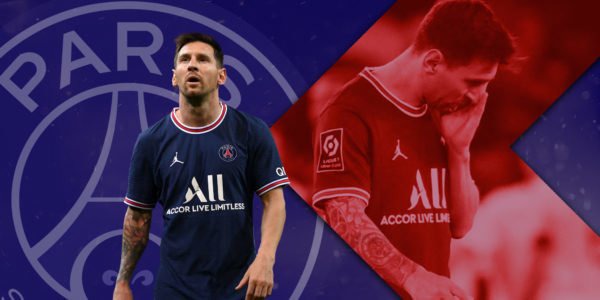 What can be the reason for Lionel Messi's long goal drought in his new league? Here are my top three reasons:-

Messi has been struggling with injury since he joined PSG. Over the years Messi has been able to avoid injuries as a top footballer, but his recent stats in the last few months shows that he has gotten injured more times than he has In the last five seasons.

Messi’s regularity in the Ligue 1 has been a concern so far. He has played the full 90 minutes only twice in the league so far. After missing the first set of matches following the transfer, Messi is yet to play minutes equivalent to four full domestic matches. He has accumulated just 329 minutes while the Parisian side has already contested 13 matches in the league so far. The injury is playing a big part in his goal drought.

2. Less involvement on the ball

Compared to when he was in Barcelona his involvement on the ball has decreased drastically. As per FBref, the Argentinian talisman averages 48.9 touches per 90 this season in Ligue 1 compared to 59.2 per 90 in LaLiga 2020/21. One of the major factors in his lack of involvement can be traced back to the PSG attacking trio. Messi’s responsibility has been distributed among his fellow attacking players. As a result, the Argentinian is not able to be at the shot-taking position decreasing his chances of scoring.

PSG as a whole team is currently struggling despite several stars that are in the team. This struggle is all due to the coach. Pochettino, the PSG manager is finding it hard to manage the number of talented players he has in his team and also does not tactically know how to use Messi alongside Mbappe and Neymar. That being said, it is also safe to say that Messi is still trying to figure out is the best role in Pochettino's attacking setup, as we have seen in different occasions where Messi starts on the right-wing and later move to the false 9 positions. 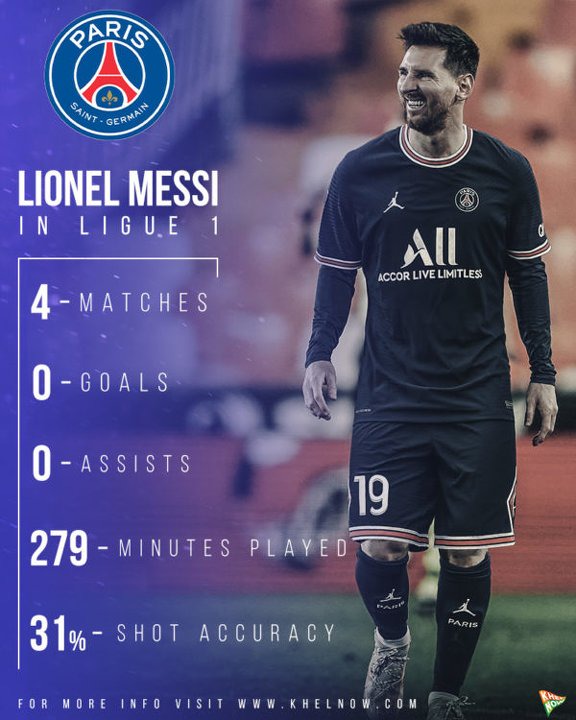