By ChinnyUpdate (self media writer) | 1 year ago 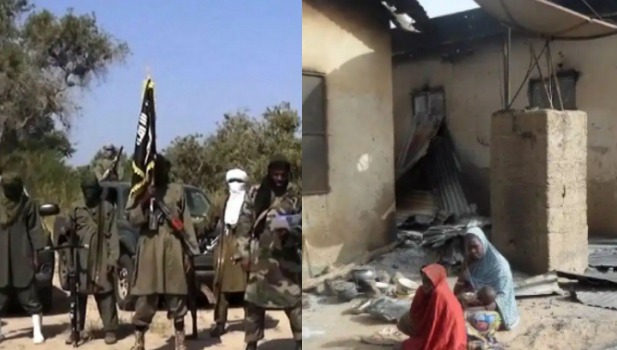 According to the Reports, The Attack occurred in the village around around 12am, the woman who was identified as Hajiya Aisha was taken away after she Refused to Give them information about her son Alhaji Danbaba, a businessman who was said to be their target. 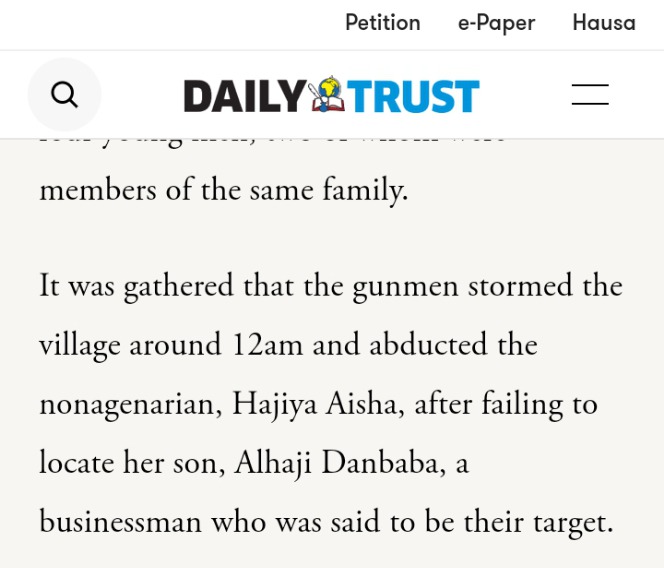 It was also revealed that the 90 years old woman was Harrased by the bandits in the process although it is yet to be reported if she was beaten up by the Bandits.

The spokesman of the state police command, SP Muhammad Shehu is yet to confirm the incident.

The issue of Insecurity and Terrorism is becoming a nuisance in the country. Yesterday Over 600 students where also abducted in Kastina state in a fresh attack.

In Lagos, Residents of Dejuwogbo community, Oke-Ota Ona, Ikorodu, have fled their homes following a threat notice pasted in the neigbourhood by gunmen suspected to be robbers.

The Fedral Government have said they are on the issue of the ongoing Terrorism in the country but in my Opinion, I feel they are not doing enough.

How Many more people will be Victims of these attacks before they find a solution?

I urge the Government to make a huge statement of intent and see that citizens of each state can live in peace without the fear of being attacked by hoodlums and bandits.

What are your thoughts on the ongoing attacks in the country?

Content created and supplied by: ChinnyUpdate (via Opera News )