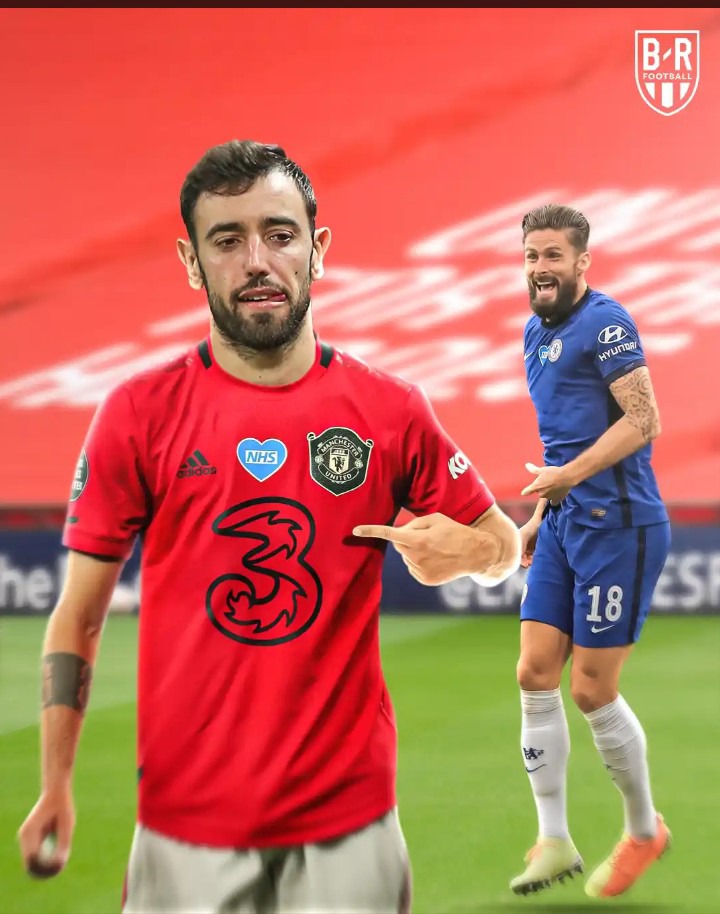 In what can be called a disappointing night, Manchester United, were held to a 3:1 backlash at the Wembley Stadium, in Sunday's FA Cup semifinal march against London club, Chelsea FC. A score which seems like a pay back for their 3 previous encounter this season, where Manchester United emerged victorious. This is the only consolation united fans have after a terrible display in the FA Cup. Olivier Giroud's late openwer before the half time break, put the blues ahead, before Mason Mount doubled the lead for the London club, barely two (2) minutes into the second half. Still dominated by Frank Lampard's Chelsea, the Red devil's conceded an own goal, when clubs captain McGuire, knocked C. Azpilicueta's square pass into his own net, being charged by Rudiger. Thereby increasingly the tally to 3:0, at the Wembley Stadium. 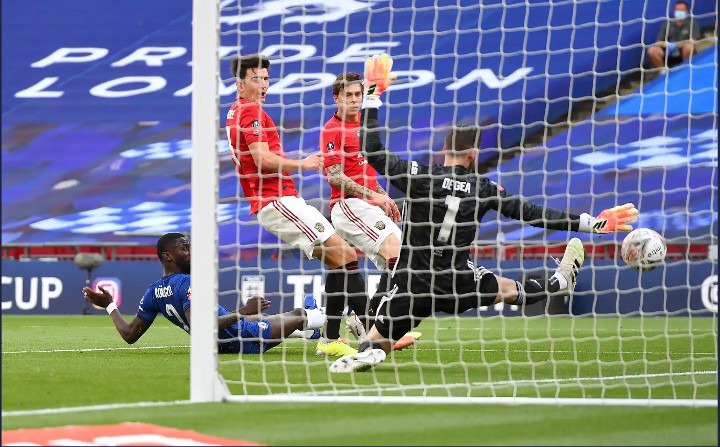 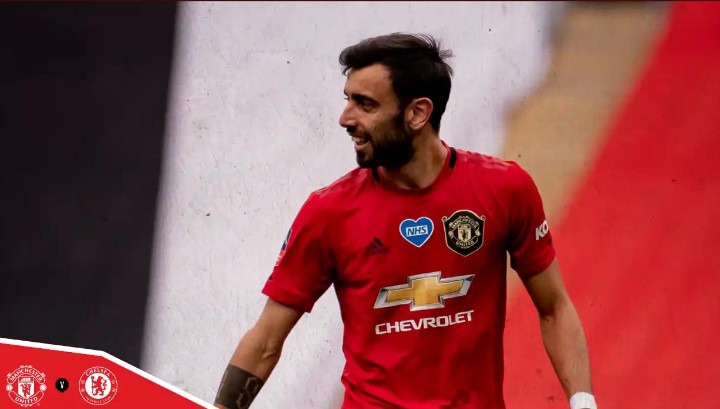 Nevertheless, Ole Gunnar's Manchester United, later had a consolation goal in the 86'minute of the game, that Bruno Fernandes converted with an easy finish.

Picture Summary of the Match 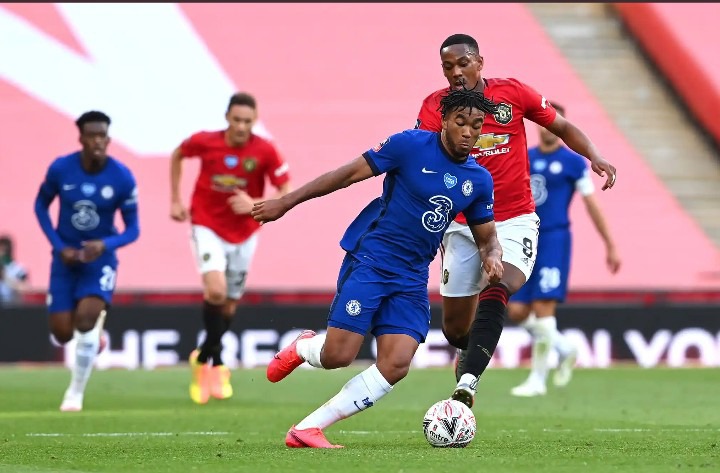 The photo above summarise Manchester United in yesterday's game. They were always running after trophy the thirsty Chelsea FC players. Do you Agree with this statement?

Once again, Chelsea FC have defeated Manchester United, as they did to acquire the signature of former Nigerian professional midfielder, Mikel Obi 14 years ago (19/07/2006). Though on a different level.