By Godaik (self media writer) | 5 months ago

Former Nigeria goalkeeoer, Dosu Joseph has reminisced on Nigeria winning gold in the men's football event of 1996 Olympic Games in Atlanta 25 years ago. 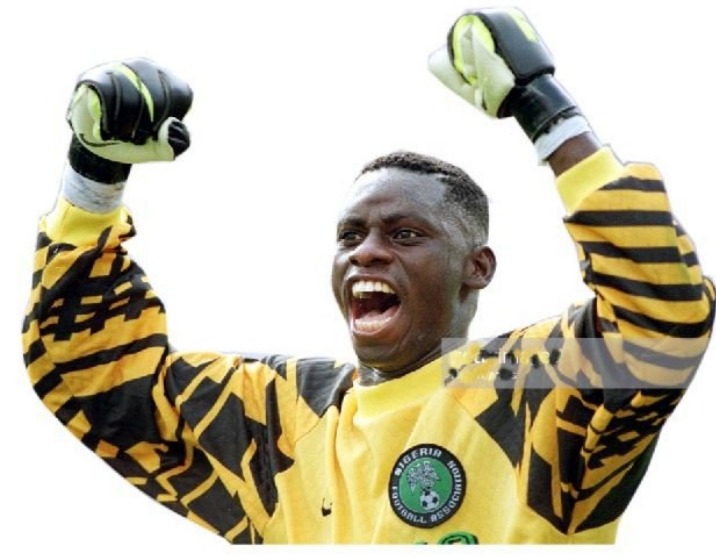 In a post on his Instagram page, the 48 years old who kept goal for Nigeria throughout their triumphant campaign, recalled how Nigeria made history as the first African country to achieve the feat by overcoming Argentina 3-2 in the final on 3 August 1996.

"On August 3rd 1996, Nigeria made history as the first African nation to become Olympic football champions by defeating Argentina 3-2, still fresh in our memory....Today makes it 25 years, I celebrate you guys and thank God for life," stated the former Julius Berger and Reggina safe hands.

Dosu, whose career ended prematurely due to an injury sustained in an accident shortly after the Games, was the only home based player in the historic squad tutored by Bonfrere Jo and Will Bazuaye. Other members of the team were; Celestine Babayaro, Taribo West, Nwankwo Kanu, Uche Okechukwu, Emmanuel Amunike,Tijani Babangida,Wilson Oruma,Teslim Fatusi, Jay-Jay Okocha,Victor Ikpeba, Abiodun Obafemi,Garba Lawal, Daniel Amokachi, Sunday Oliseh and Mobi Oparaku.

Winning the football gold was the most surprising achievement by Nigeria in Atlanta, with the Dream Team overcoming heavyweights Brazil and Argentina en-route to writing their names in history books. 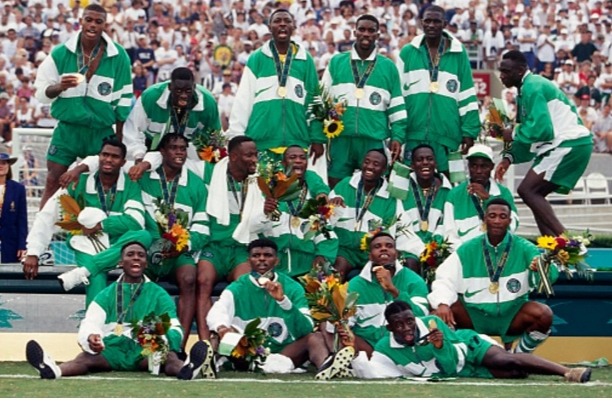 They defeated Hungary 1-0 in their opening game, beat Japan 2-0 in second and lost 1-0 to Brazil in last group match, to finish second in Group B with six points, same as Brazil, who topped the standings due to a superior goal difference.

Goals by Austin Okocha and Celestine Babayaro secured them a win in a quater-final match at Legion Field, Birmingham. They exerted revenge on Brazil with 4-3 win after extra time at the semi-finals, and claimed the scalp of Argentina 3-2 in the final at Sanford Stadium, which was witnessed by 86,117 spectators, with famed retired Italian referee, Pierluigi Collina at the centre.