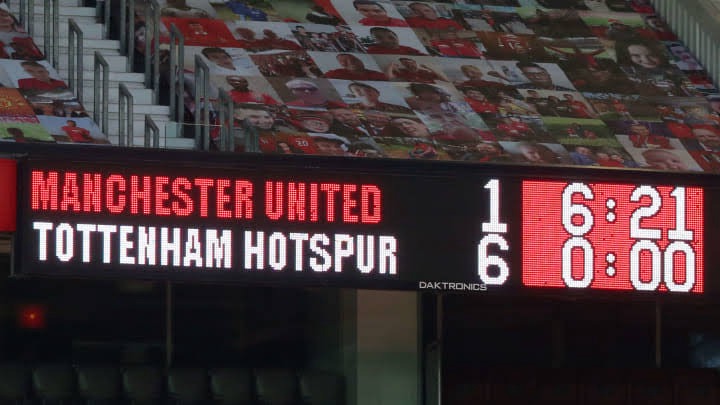 After Roy Keane was given a red card in the first half, United looked vulnerable at the back. Beckham and Scholes scored, and even Phil Neville scored an own goal in that game.

In the 12th minute of the match. Nikky Butt was given a red card and Chelsea didn't waste any time by scoring a lot. Gustavo Poyet was awarded the man of the match after scoring two goals in the game. Scholes and Beckham were given yellow cards in that match. Sutton also scored for Chelsea.

Manchester United 1 Liverpool 4 (2009) The title race was getting intense and it was United against their title rival. Manchester United's bad day started when Vidic was given a yellow card for pulling Fernando Torres' shirt. Benitez reduced Manchester United's points but didn't end up winning the title. Torres, Gerrad, and Dossena were on the score sheet.

"Why always me?" - Balotelli. That was one of the biggest celebrations in the Manchester Derby. After the game, Sir Alex Ferguson claimed he made a mistake by allowing his club to attack even after receiving a red card. Manchester City went ahead to win the league. Balotelli was given the man of the match. Fletcher was the goal scorer in that game. 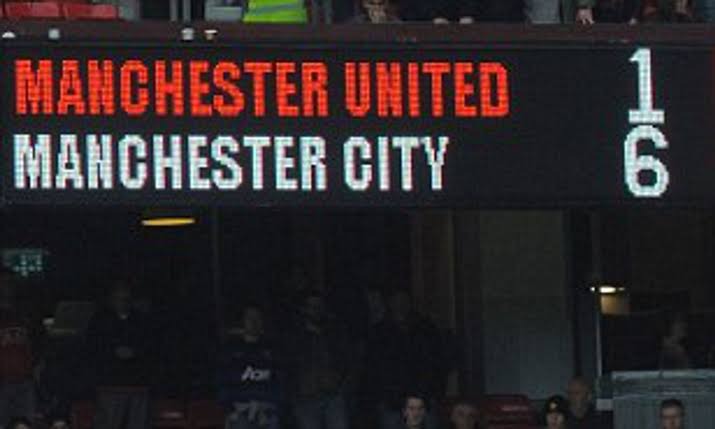 Mourinho got the better of Manchester United after they were beaten by 6 goals to 1. There was confusion in the back and Maguire seemed not to be ready for that game. "Manchester United" Martial was given a red card in the first half after pushing a Tottenham player in the first half. The loss got a lot of reaction from the fans who wanted Solskjaer out of the club.

It was a bad day for Sir Alex Ferguson and the fans. Even in the 64th minute, Liverpool was already 5 goals ahead of Manchester United. They easily dominated the United defence and Ole had no idea what he could do. Ronaldo scored a goal that was deemed offside by VAR that was the right call. Salah was given the Man of the Match award after scoring 3 goals for Liverpool.