By Newslove (self media writer) | 1 year ago

Liverpool secured an emphatic win against newly promoted side, Norwich, in their first Premier League game of the season.

Jorgen Klopp would be really excited with the performance of his players especially in the second half.

Liverpool started the game brightly as Diogo Jota scored from the edge of the box in the first half half.

However, Liverpool had a much better performance in the second half as they managed to score two more goals.

Firmino came on from the bench to double Liverpool's lead in the 65th minute before Salah curled home a beautiful strike some minutes later to strengthen the lead.

Mohammed Salah's strike in the 74th minute against Norwich makes him the only player in Premier League's history to score in five different opening games.

Salah joined Liverpool in the summer of 2016 and has managed to score in every of his opening games of the season for the club. 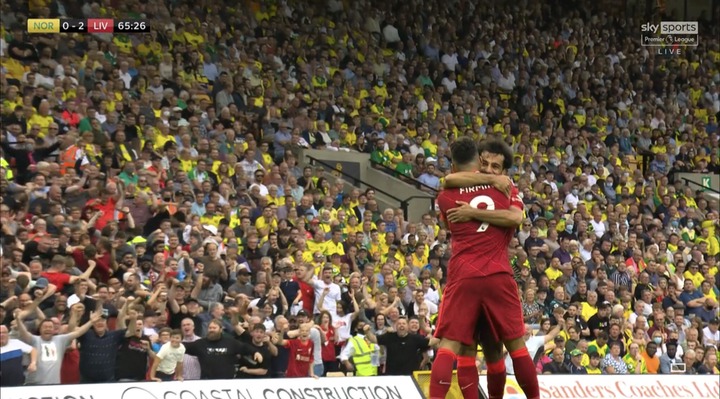