By Pancra (self media writer) | 1 month ago

Arsenal is set to play host to Aston Villa in an EPL encounter. The match is slated for today at Emirates Stadium. 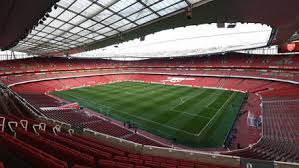 Craig Lawson is the man in the middle of this all important encounter. 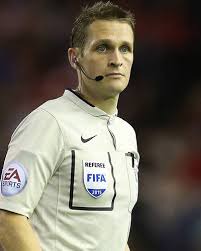 Tonight's encounter is actually an important one both for the host and the visitors. The reason is not far fetch. Both teams are actually contending in an encounter that will make or mar their outcome on the EPL table.

Arsenal has been struggling a lot lately and Mikel Arteta's men are not really having a field day in their past encounters as they should have.

This has been a pain on the back as it has left the Gunners wallowing in the middle of the EPL table. Currently they are occupying the 12th position on the league table with a total of 11 points after 8 matches and with a negative goals difference of minus five. They are closely followed by their opponent in today's match on the league table. Aston Villa on the other hand has played a total of 8 games and have secured for themselves 10 points with no goals differences and ranking 13th on the EPL table.

This is another critical aspect that makes this game such a one that must be watched out for.

However, in the light of the above, these are the two reasons why Aston Villa will defeat Arsenal in their upcoming EPL encounter;

1. Aston Villa has not lost to Arsenal in the last 8 years. A look at their game from 2020 shows that the two teams have played three games. In all three encounters, Arsenal has not won any of such encounter.

It has been a win galore for Aston Villa all the way. See table below;

2. Aston Villa is at the verge of displacing their opponent in this encounter. By league position Aston Villa is below Arsenal by a point. A win for them will automatically give them a leap ahead of their host. A win will guarantee them 3 points which will see them 2 points clear ahead of Arsenal.

This is an opportunity to lay hold on and Aston Villa will not stop at anything to grasp it.