Story of a player killed after scoring an own goal

By Mrsnowflake (self media writer) | 1 year ago 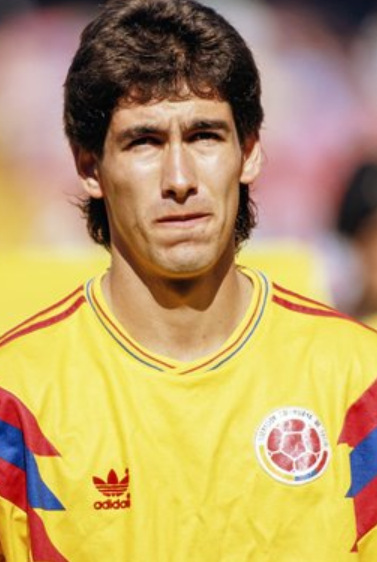 Escobar was born in medallion on 13 March 1967. He grew up in a middle class family. He attended colego calasanz and graduated from instituto conrado Gonzalez. He participated in school football teams before becoming a professional footballer.

Escobar own goal occurred in Colombians second group match against the United States during the 1994 FIFA world cup . Stretching to block a cross from America mid fielder John Harkes, he inadvertently deflected the ball into his own net . The United States took a 1-0 lead and ended up winning 2-1.

After the 1994 FIFA world cup, Escobar decided to return to Colombia instead of visiting his relatives in Las Vegas , Nevada. On the evening of 1 July 1994, five days after the elimination of Colombia from the world cup, Escobar called his friends, and they went to a bar in the El Poblado neighborhood in Medallin. Then they went to a liquor store. Shortly afterwards, they arrived at the El Indo night club. His friends split up. At approximately 3:00 the next morning, Escobar was alone in the parking lot of El indio, in his car, when three men appeared they began arguing with him. Two of the men took out handguns. Escobar was shot six times with a 38 Calibre pistol.

Content created and supplied by: Mrsnowflake (via Opera News )