Champions-elect Liverpool could do little to prevent an inevitable loss as two woeful errors from club heroes Virgil Van Dijk and Allison Becker set Arsenal on their way to a memorable win. 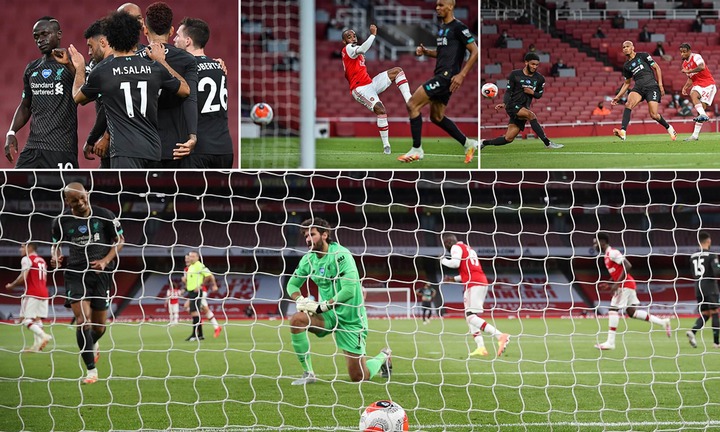 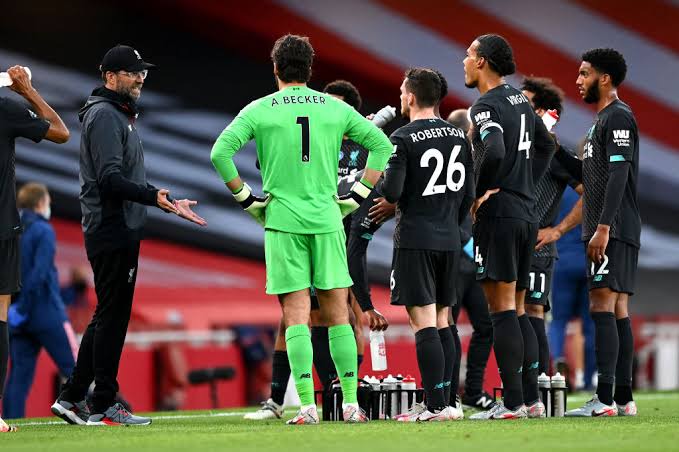 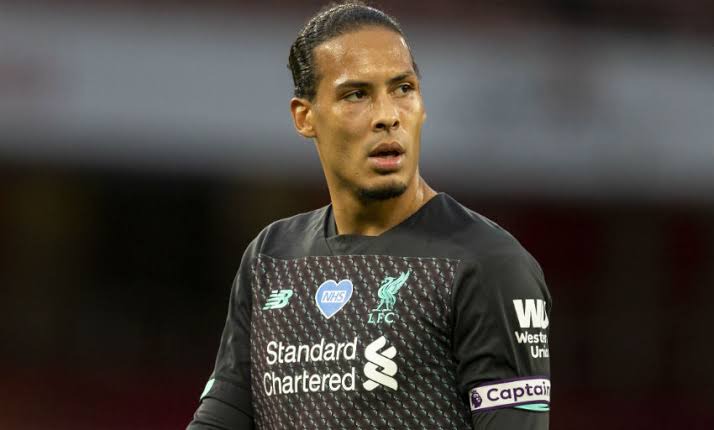 The Reds who needed to win all their remaining 3 games in order to match Manchester City's Premier League points record suffered a shocking, disappointing defeat to mid-table strugglers Arsenal further dent their hopes of winning the league title with 100 points attained. 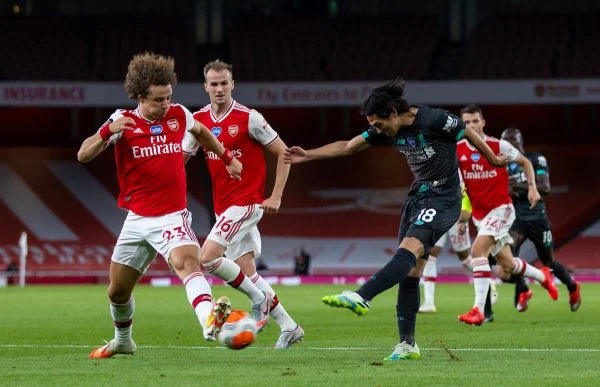 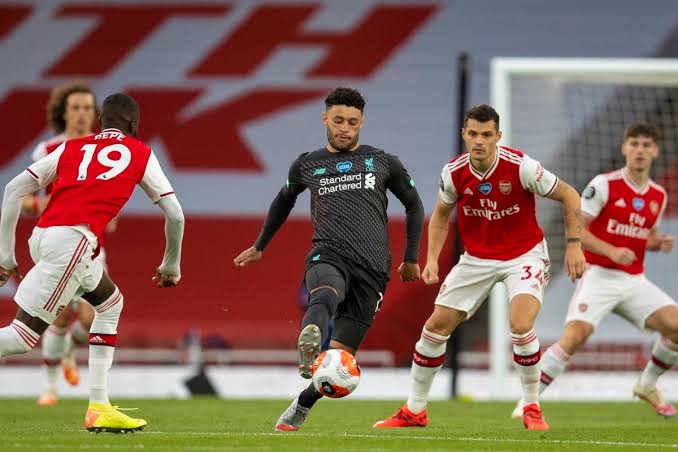 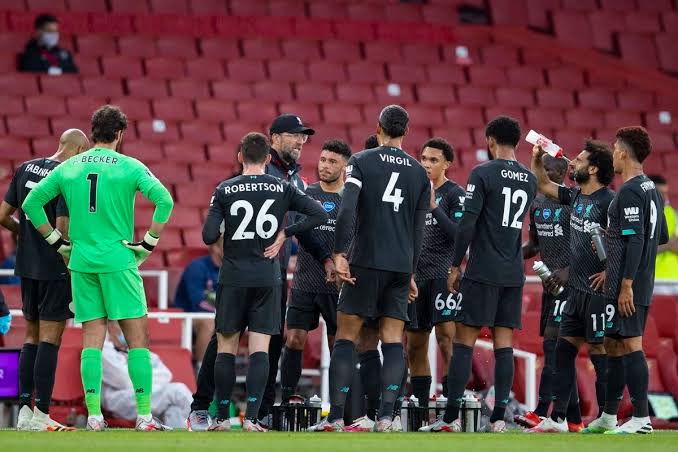 Jurgen Klopp's side who will now look forward to their next and final home game against Chelsea next week were on course for a routine win when forward Sadio Mane put the Reds in front 20 minutes into the contest as he latched onto the end of Andy Robertson's cross. 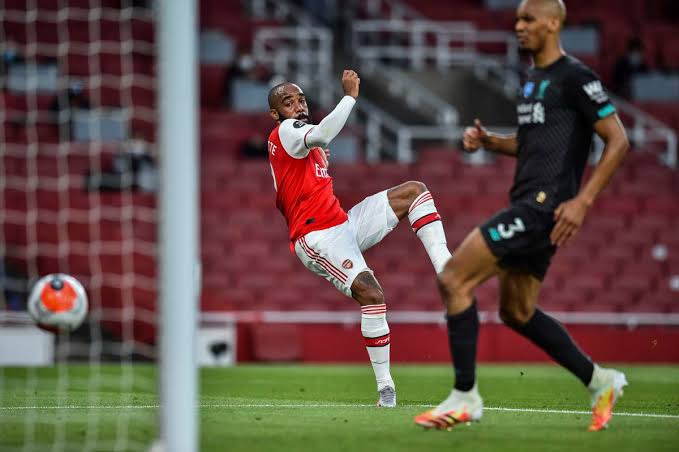 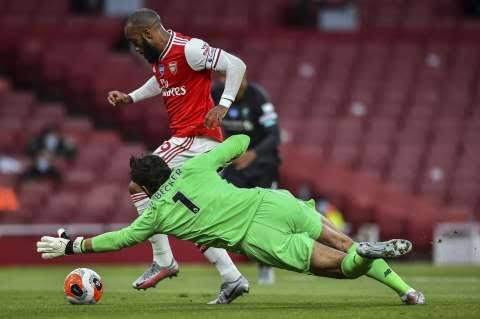 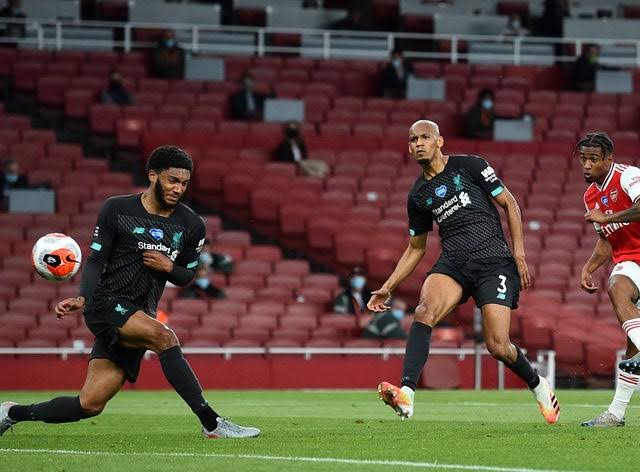 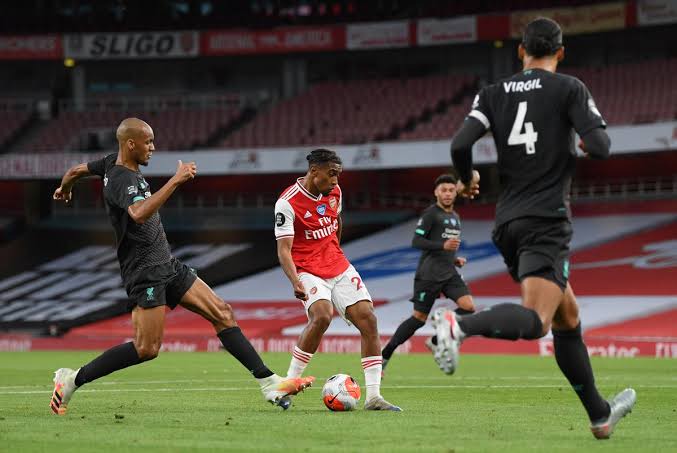 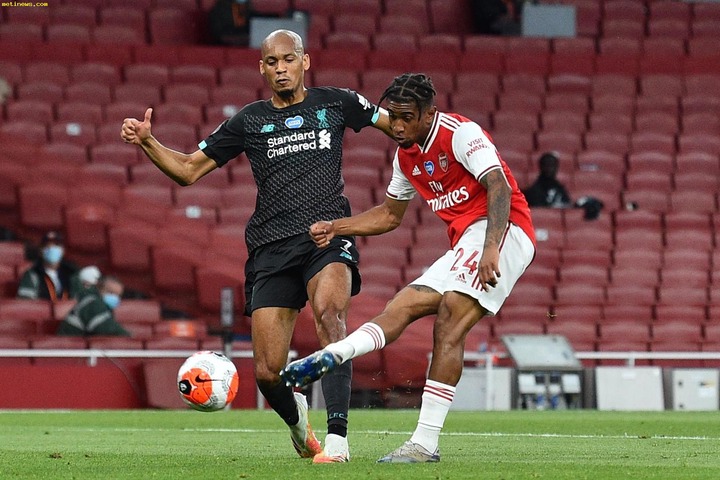 Liverpool were then deservedly pegged back by a resurgent Arsenal, Frenchman Alexandre Lacazette taking advantage of a woeful back-pass from defensive stalwart Van Dijk to level things up for the Gunners, before a poor clearance from Allison presented youngster Reiss Nelson with a chance to score, which he didn't miss after all. 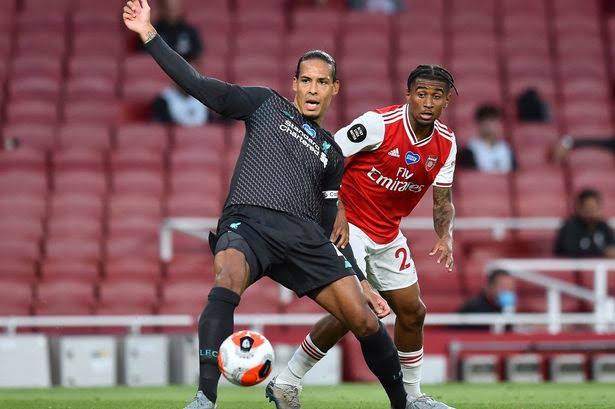 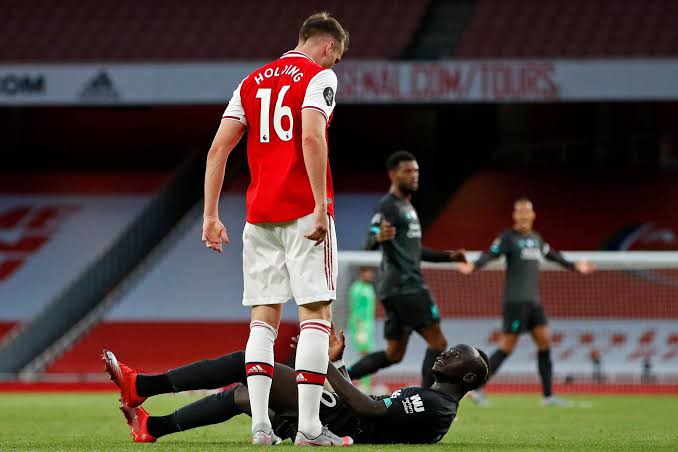 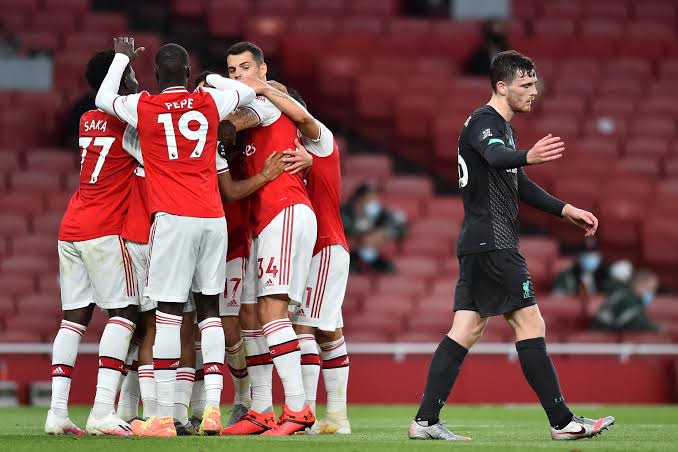 The home team who will face Manchester City this Sunday in an FA Cup semifinal tie showed real character and resilience in the second period to close out the win over Liverpool.

However, one thing stood out at the Emirates stadium and was undoubtedly aimed at Liverpool. 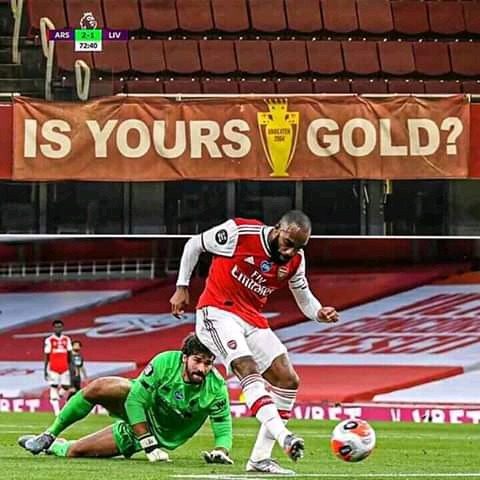 Remember Arsene Wenger's Arsenal 2003/2004 team went unbeaten in the Premier League to unarguably ink their name into the league's folklore.

Well, Liverpool appeared to be gunning for that record earlier on this season, winning almost all of their games before "Watford" happened. 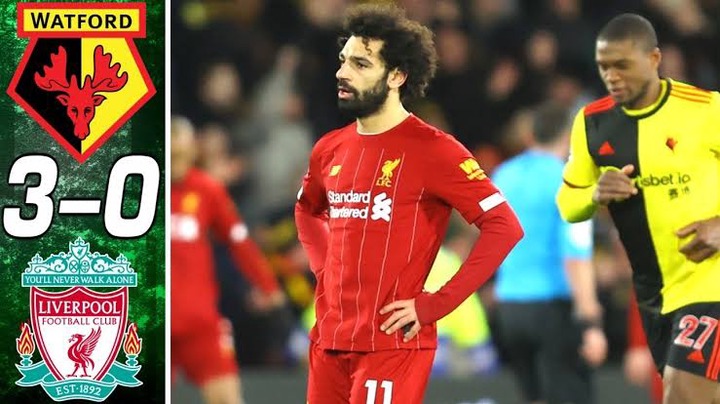 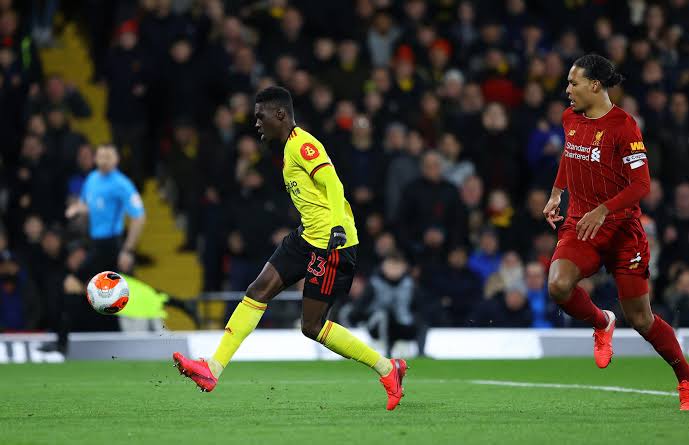 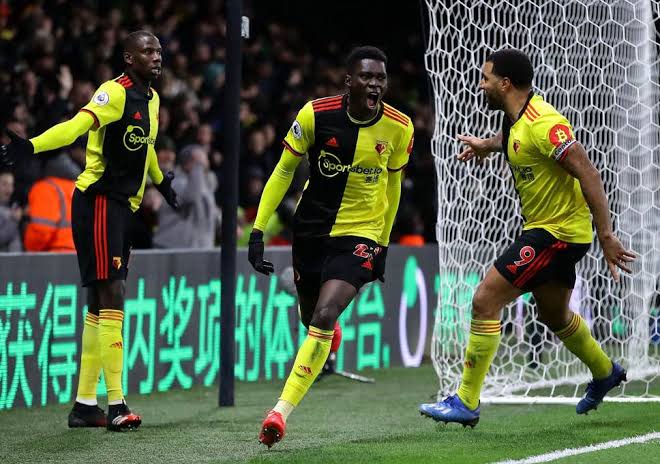 The Hornets made light work of the league leaders, beating them 3-0 to hand the Reds their first league defeat of the season.

Liverpool would later get thrashed by Manchester City who gave them a guard of honor when they arrived Etihad. 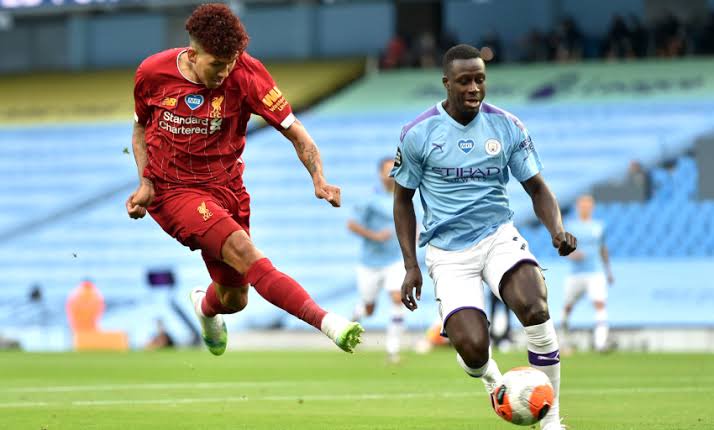 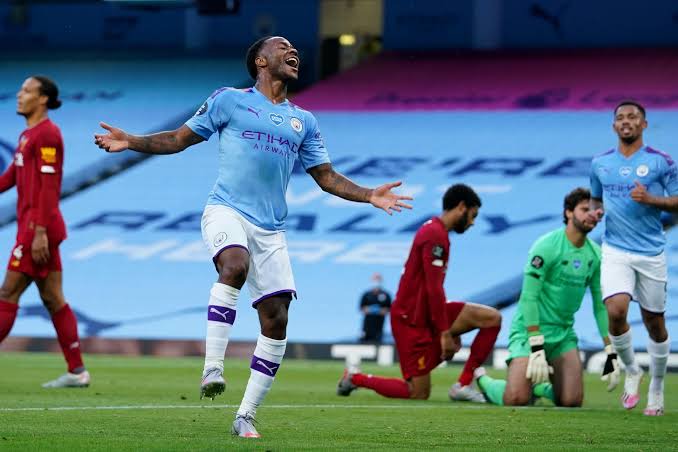 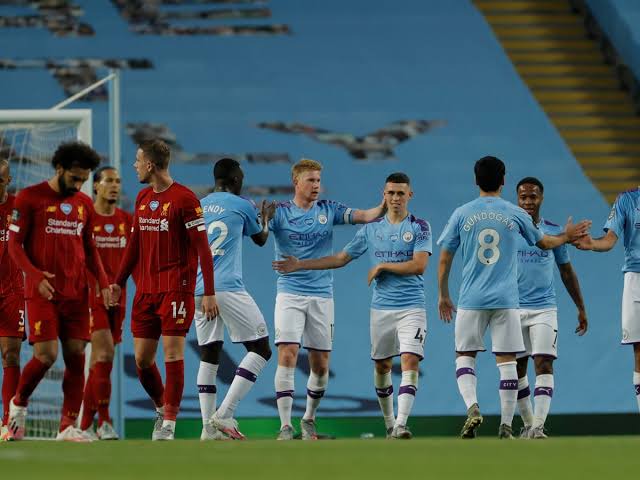 Nonetheless, Arsenal who are still the only team to go unbeaten since the inception of the Premier League have aimed a slight mockery of Liverpool by putting this banner on display at the Emirates, with the wordings bold and clear enough: "IS YOURS GOLD" ? 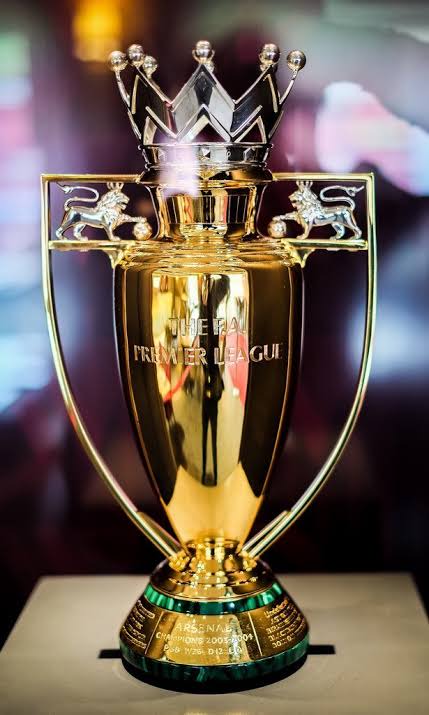 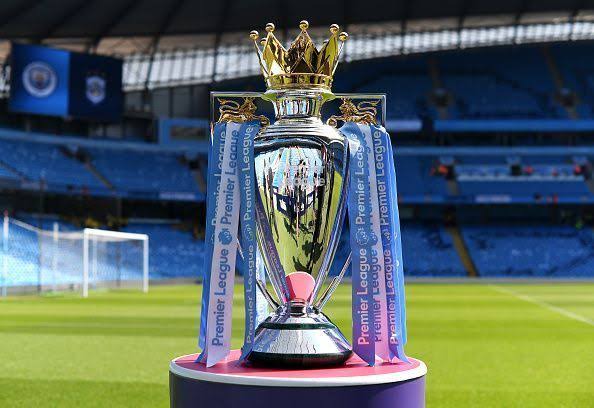 Had Liverpool gone the season unbeaten, they would have received a golden trophy instead of the normal one being given to champions.

Of course you could argue that Jurgen Klopp's side doesn't care about such record, but with a win over the Champions-elect Liverpool and an unmatched record, Arsenal couldn't have asked more.

So Tell Us; Was Arsenal Right In Trolling Liverpool Or Not?

Have You Say On The Comments Section.