By Silverworld (self media writer) | 2 years ago 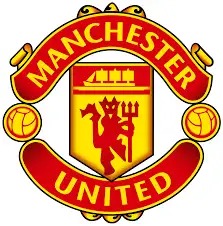 Ahead of what should be enthrailing affairs, Solskjaer has confirm a fresh update of Manchester united stars.

And unfortunately for the Manchester powerhouse, Shaw is once again set to be absent this weekend. "Luke will be out. I can't see him recovering."

However, Solskjaer is slightly more optimistic when it comes to Williams:

"Brando will hopefully be okay, he'll try to join in training today with his eyes. We"ll see if he can see the ball when he comes in! He should be fine."

"We've not seen a lot of them ( the players) because we're just coming up to a training session now.

"But I'd rather have this game than not have it. We can't say it (the scheduling) has been unkind, it is what it is and, when you get the opportunity to play a semifinal, you'll squeeze that in even if you have to play on the same day." He said.

"I can't sit here for hours now and try to talk about this. It looks like there's a narrative, it looks like people want to influence whoever is making the decisions,"

"I hear people talking about luck, that we have been lucky more than unlucky. If you look at the factual decisions. I don't want to sound like certain manager talking about facts, but if you're offside, you are offside, that's clear."

Solskjaer listed incidents in which he felt United were hard done by, describing how a late penalty against Tottenham Hotspur was overturned and how Southampton's Oriol Romeu and West Ham's Mark Noble should have been sent off for rash tackles.

"So it's actually me that should be complaining that we get decisions against us on the pitch by the on-pitch referee," He added.

"There's a narrative there but we have to focus on our game, We let other people talk about that. I don't want to go too much into it because I might be in trouble.