Copa America final: 3 interesting stats that show Brazil is the favourite to win the trophy

By SportsBible (self media writer) | 6 months ago

Argentina's Lionel Messi is probably an international trophy away from being the greatest footballer of all time. He has an opportunity to achieve that when his country plays against Brazil in the Copa America final this weekend. The final will be played in Brazil and that's the worry for Messi and his teammates as they tend to struggle when they play against the Selecao, especially when the match is held in Brazil. 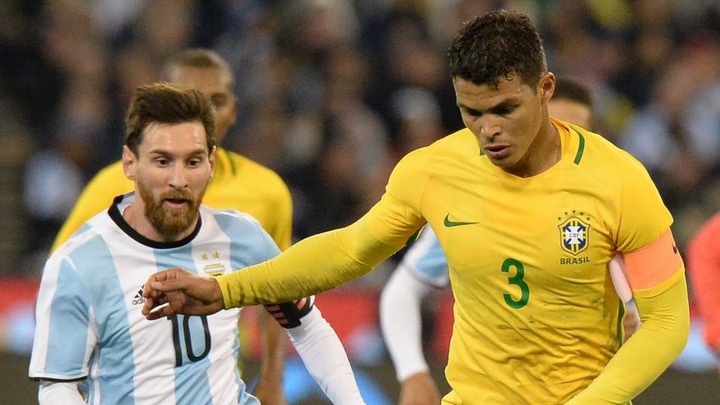 Having said that, here are 3 stats that support my claim.

1. Brazil has not lost to Argentina on home soil in 23 years

1998 was the last time Argentina beat the Brazil national team in Brazil. It was a 1-0 victory in a friendly match that was played at the same venue that will host the final. Since then the Selecao has won 7 of their clashes 8 in Brazil while one ended in a draw.

2. Messi is yet to score against the Selecao in Brazil

3. The last time Argentina beat Brazil in the final of a major tournament was 84 years ago

Neymar has scored 3 goals against Argentina and like Messi, the goals were scored in 3 different matches. The first two were in friendly matches while the last was in 2016, a World Cup qualification match.

Messi is the highest goal scorer for Argentina while Neymar leads the scoring chart for Brazil. It will be interesting to see what happens.