Fans have begun to worry about Manchester City's chances of defending the English Premier League title this season. Note that Pep Guardiola and his team played a goalless draw against Southampton at the Etihad. Well, the highlights of the game were Southampton's Penalty kick that was overturned by VAR and Manchester City's late goal that was ruled out for offside by VAR. Note that the VAR confirmed to Jonathan Moss that Raheem Sterling was in an offside position.

It must be stated that Manchester City was truly unlucky because the canceled goal could have decided the outcome of the match. However, I have made a compilation of three different times where the Video Assistant Referee canceled Manchester City's winning goal in a match. Take a look!

1. Manchester City VS Southampton 2021 in the EPL (Sterling was offside). Photo: Sterling and Ake Celebrating the goal before it was canceled by VAR || Goal

As mentioned earlier, Manchester City to win their game at home against Southampton. The home team was close to sealing victory in stoppage time, but the VAR rescued Southampton. Raheem Sterling was judged to be offside after he scored a rebound within the penalty box. After about two minutes of several checks, the offside decision was confirmed. 2. Manchester City VS Tottenham 2019 in the EPL (Gabriel Jesus was offside). 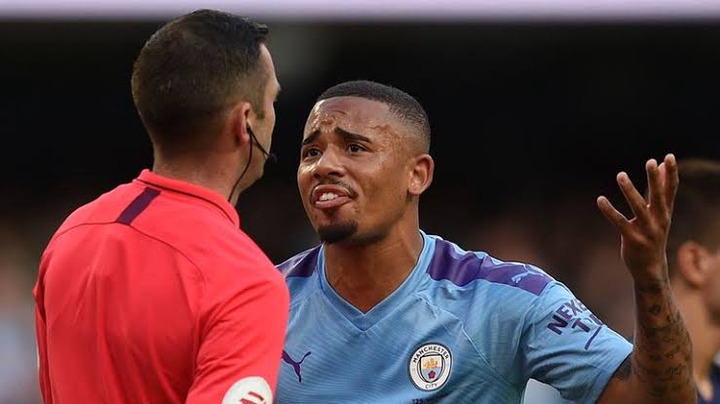 In 2019, the VAR denied Manchester City and Pep Guardiola the chance of taking maximum points in a home game against Tottenham on Matchday 2. Gabriel Jesus could have gotten the match-winner in stoppage time, but the VAR spotted a handball by Gabriel Jesus. For that reason, the goal didn't count. 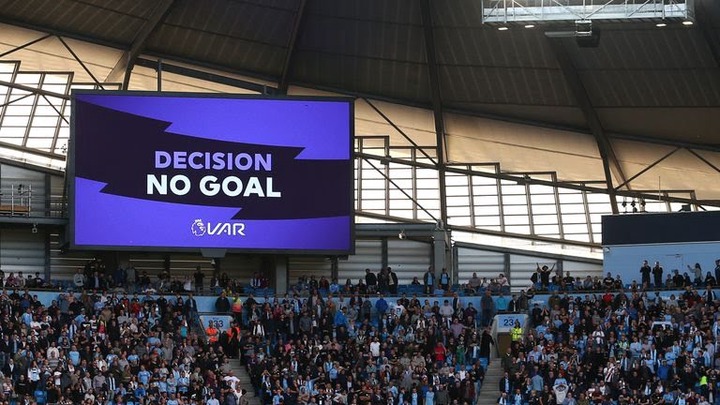 3. Manchester City VS Tottenham 2019 in the UCL Sterling was offside). 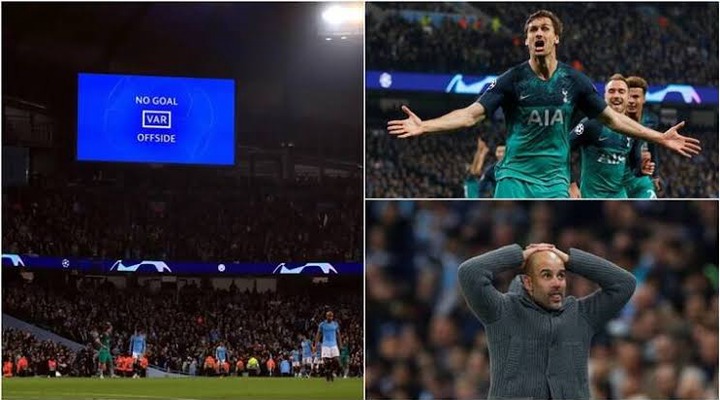 Photo: The VAR ruled out Sterling's goal against Tottenham in a UCL second leg fixture || IndianExpress

This match stirred thousands of reactions on social media. In 2019, the VAR canceled Raheem Sterling's stoppage-time goal that would have won the fixture. Note that it was a quarter-final UCL second leg match, and Tottenham won the first leg by 1-0. Also, the second leg ended 4-3 in favor of Manchester City, but they couldn't progress of the "away goal" rules. However, Sterling's stoppage-time goal that was ruled out by VAR could have changed the outcome of the tie. 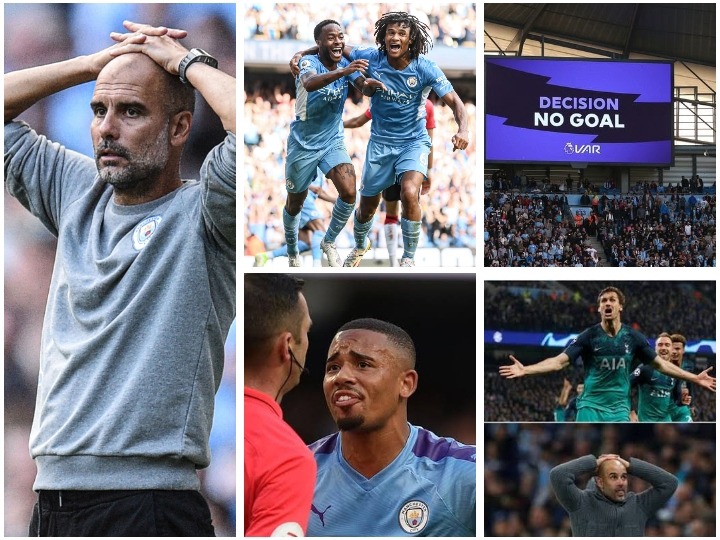