By MīckeyMouse (self media writer) | 2 years ago

Obefami Martins might have hurt the fans of Manchester United but they really isn't a space or time for lamentations. Manchester United was thrown back to fifth position after a 90+6 equalizer from a Nigerian. Goals from Anthony Martial and Marcus Rashford seemed to have placed United in a third position but things like this happens in game of football - United was pegged back by a last minute grasp. 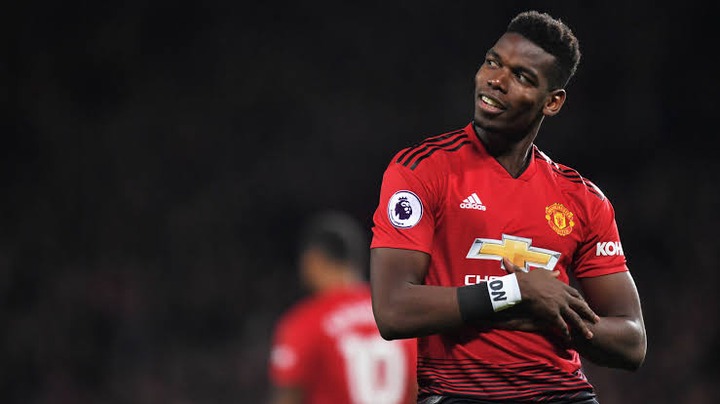 Good evening to all United fans out there, no rooms for lamentations or too much analysis. A win is as vital as oxygen for our top four aspirations. My name is Mickey Mouse. You're welcome to Manchester United Game Preview.

Let talk about the last time this two teams met.

During the early period of the league, August 24, 2019. Manchester United ran out of creativity as they had to attack against a team who knows United biggest weakness - ultra defensive tactics. Marcus Rashford missed a first half penalty as pressure built on United. Sooner than later, Jordan Ayew opened the scoring after catching United defense off guard - the same old story for Maguire. Dan Jes who was blazingly hot during the early games of the league scored a screamer that which was his 3rd goal for United. United should have won the game but sad enough for Paul Pogba who was caught on possession, leading to a counterattacking in which Van Anholt scored the winner. 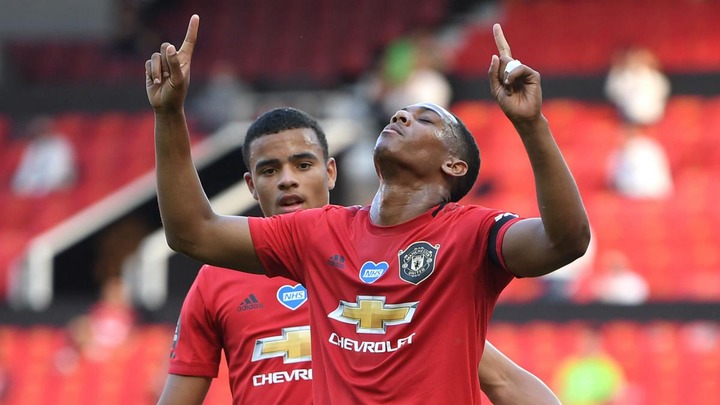 United might have dropped points, crucial one but it was a strong statement from Anthony Martial and Marcus Rashford who turned the tables 23 minutes into the game. United last game which saw Rashford and Martial scored their 21st goal each made the duo the most inter-linked forwards in the premier league. This season as well might have concluded [3 games each for all clubs] but next season is such a season for attacking flair display. The potential signing of Jadon Sancho or a quality right winger would be so priceless for United as they seek a challenge against the already league winning established two [Mancity and Liverpool].

Injury worries concerning Mason Greenwood is an headache to the attacking threat of Manchester United. Luke Shaw, Brandon Williams too might well be on the sidelines because of injury concerns. Well enough, I've brought to you the possible lineup that would surface at Selhust Park. David De Gea who has opened a new record of 400 goalkeeping which surpassed that of Peter Schemicel appearances might hope for another clean sheet tonight. This is the possible lineup. 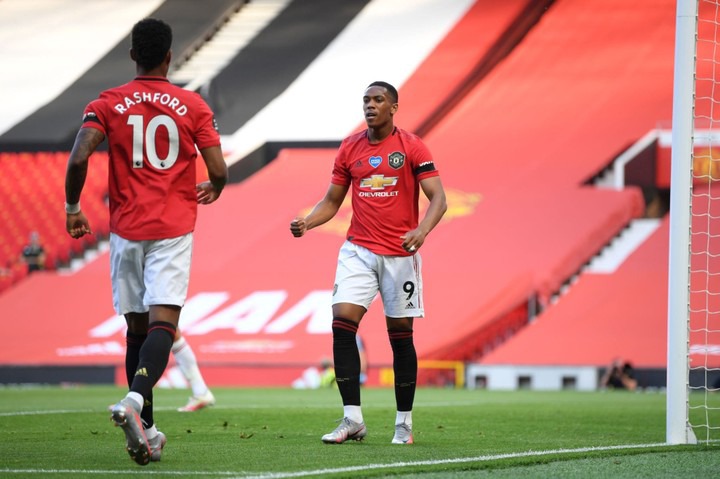 United would so much love to cling on since Leicester City is leading at halftime by a goal margin. [Goal by Ayoze Perez] Since this is such an important game and we can't undermine the attacking prowess of United. I would go with a 1-4 win for Manchester United.

See you after Leicester game, I remain Mīckëy Mouse.

Content created and supplied by: MīckeyMouse (via Opera News )