No La Liga Title, But Lionel Messi Wins The Race For The Pichichi Award [Photos]

Barcelona's superstar magician, Lionel Messi extended his number of consecutive Pichichi wins to 4, when he capped off his impressive season in their 0-5 victory over Alaves by scoring two goals as La Liga came to a long awaited conclusion. 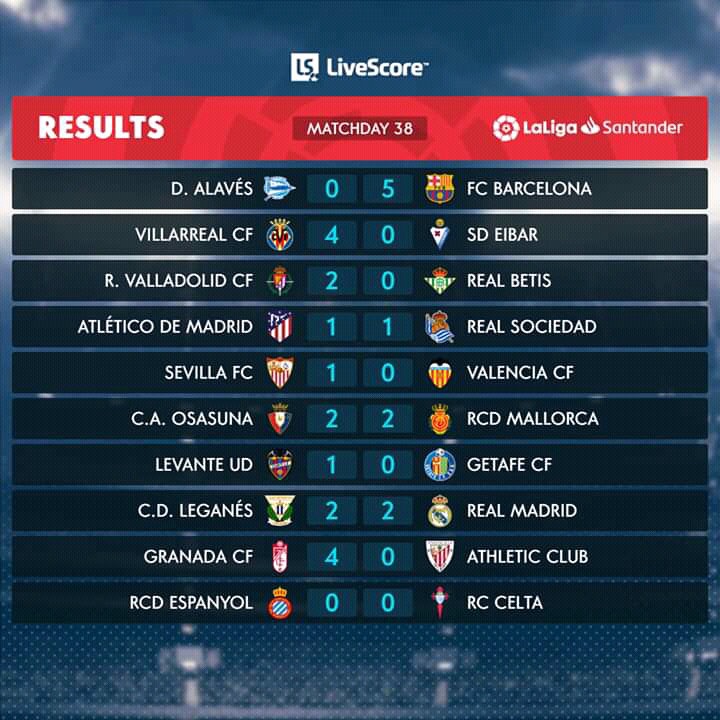 Barcelona finished second, 5 points behind Champions Real Madrid, who already won the La Liga going into the final day of the season.

It was a below par season from Barca's point of view, as they failed to retain the Liga crown. 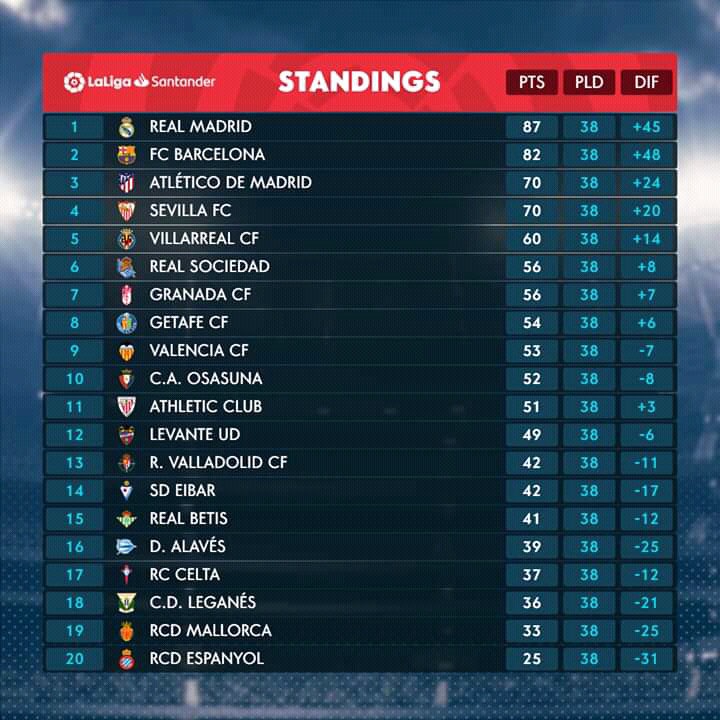 For Leo on the other hand, it was a record breaking season.

They may have lost out on the league title, but Barcelona will have something to cheer about as the Argentine pocketed the La Liga top scorer award, known as the Pichichi.

The marauding magician came out on top in the race for the Pichichi, scoring 25 goals finishing ahead of Benzema who scored 21 goals. 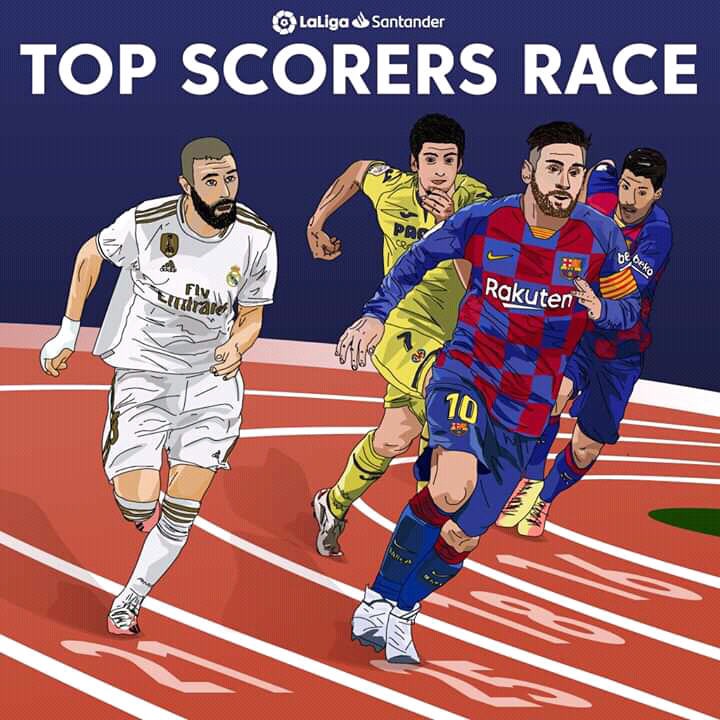 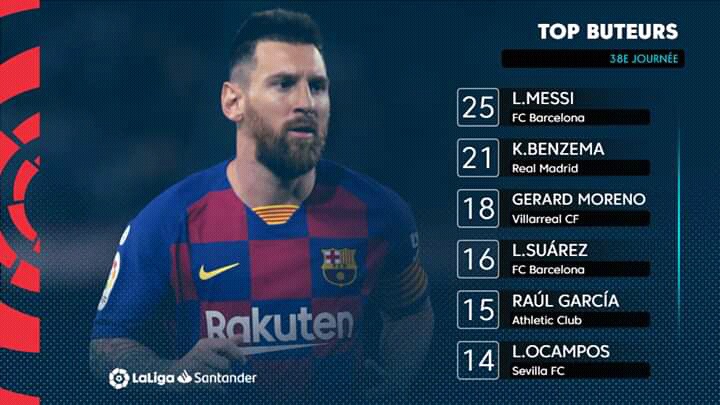 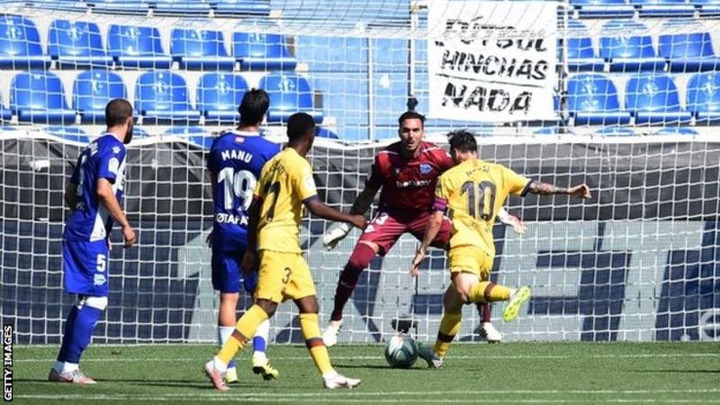 His tally for the La Liga season now standards at 25 goals , 21 @assists. 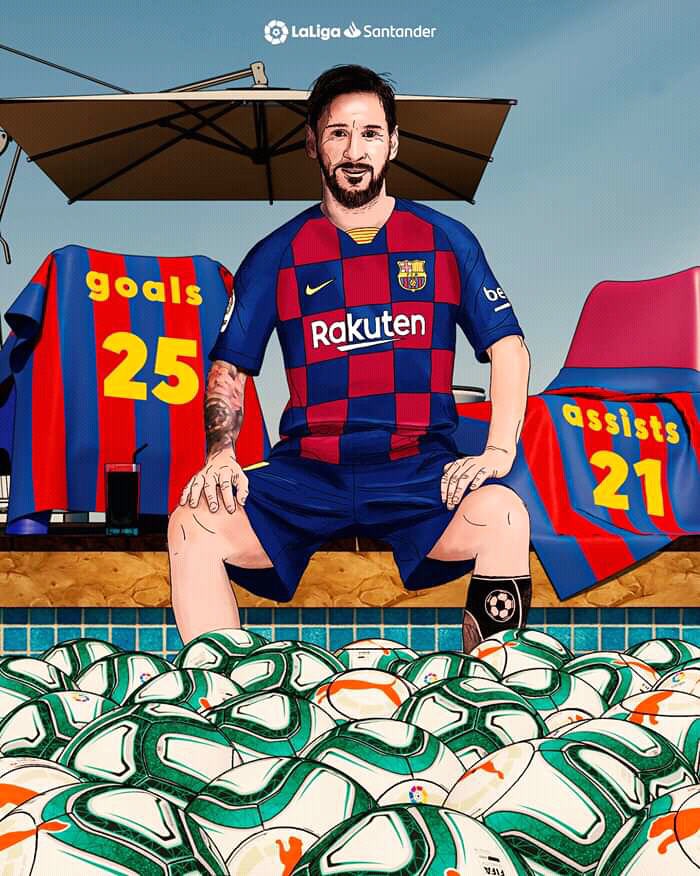 This latest Pichichi is his 7th overall. He is now he player with the mostace must Liga top scorer award. Truly, the ace would be proud of such achievement but he and his teammates couldn't catch up with Real Madrid, who won the La Liga with a game to spare. 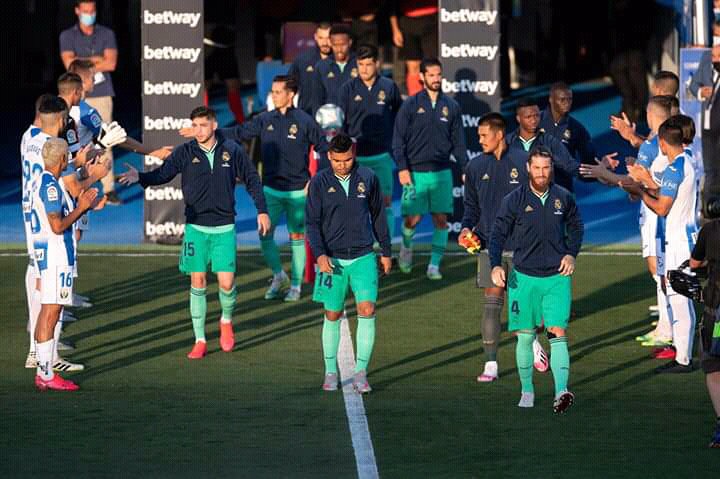 The Los Blancos were held to a 2-2 draw at Legans, but they were the recipient of a guard of honour as they walked onto the pitch.