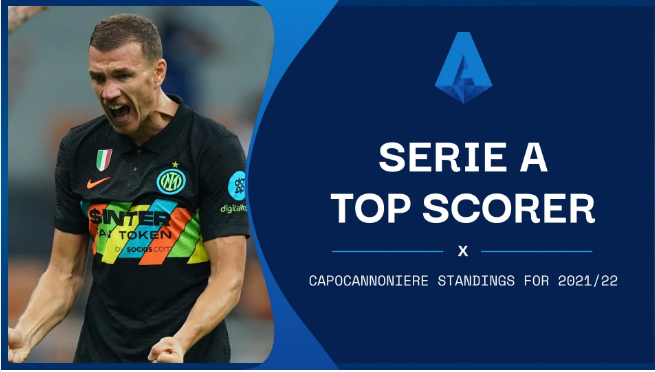 Ahead of matchday 9, Ciro Immobile is ahead with seven goals to his name this season. The Italian would be looking to add to his tally when his team plays against Verona on Sunday. He is followed by Cagliari's João Pedro and Inter Milan's Edin Dzeko. Both players' teams would be going up against Fiorentina and Juventus respectively. They have scored six goals this season.

Three players, who are tied on five goals are third on the chart. They are Victor Osimhen of Napoli, Inter Milan's Lautaro Martinez, and Mattia Destro of Genoa. Their teams would be playing against AS Roma, Juventus, and Torino respectively. Victor Osimhen, most especially, would be looking to help his team continue their perfect form this season. 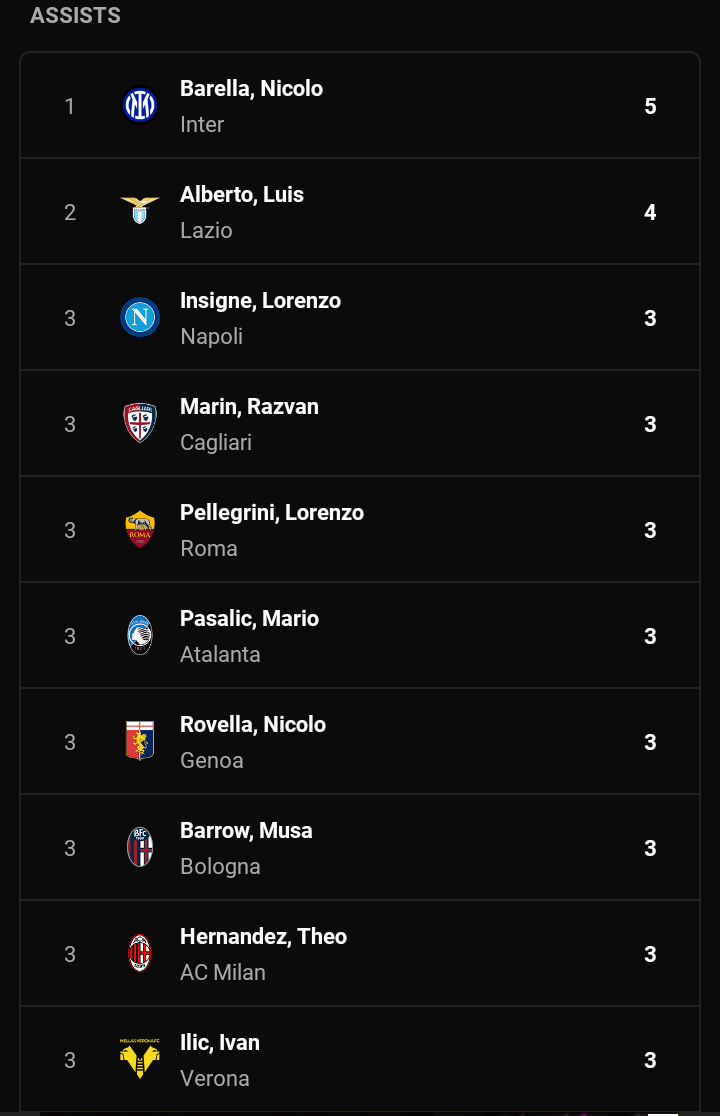 The likes of Fiorentina's Dusan Vlahovic, Duvan Zapata, Lorenzo Pellegrini of AS Roma, and Jordan Veretout also of AS Roma have all recorded four goals this season.

On the assist-makers chart, Inter Milan's Nicolo Barella leads the pack with five assists this season. He has been impressive for Inter Milan and he would be looking to add to his assist tally when his team plays against Juventus. 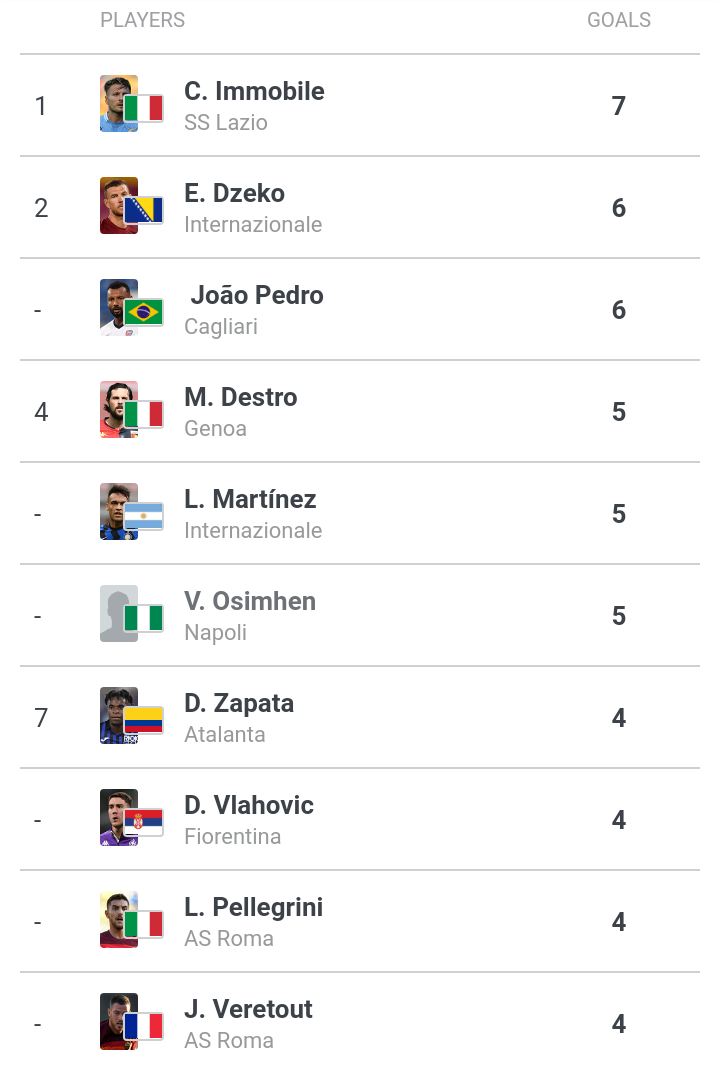 He is followed by the likes of Theo Hernandez of AC Milan, Lorenzo Insigne of Napoli, Lorenzo Pellegrini of AS Roma, Luis Alberto of Lazio, and Razvan Marin of Cagliari have all recorded three assists for their respective teams this season.