How Manchester City Could Line Up Next Season With Sterling, Aguero And Torres In Attack.

Manchester City are among the strongest teams in Europe but they have failed to retain the English Premier League. The citizens had an ambition of winning it 3 straight runes like Manchester United did during Ferguson's era but failed. 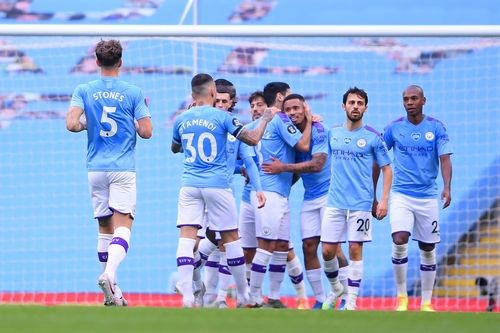 However, they are still on in the UEFA champions league and maybe they can win it.

Pep Guardiola is already planning for next season and some good players are already linked to the club. He has said that he will need to sign new players to compete with Liverpool next season. 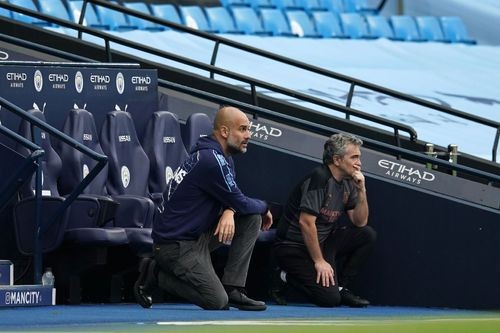 See how Manchester City could line up next season.

Pep Guardiola's best formation is the 4-3-3.

Goalkeeper: Ederson is expected to remain in goal for the citizens.

Defender: Kyle Walker would continue in the right-back position. They have Cancelo but Walker could still be the preferred right full-back. Alaba is highly linked to Manchester City. The left-back position hasn't had a regular player and so, Alaba could play that position if he is signed.

In Centre back, Laporte and Skriniar who is rumored to join Manchester city would pair.

Midfielder: Rodri could continue in his defensive midfield role while Kelvin De Bryune and wonderkid, Phil Foden could play in the midfield after David Silva leaves. 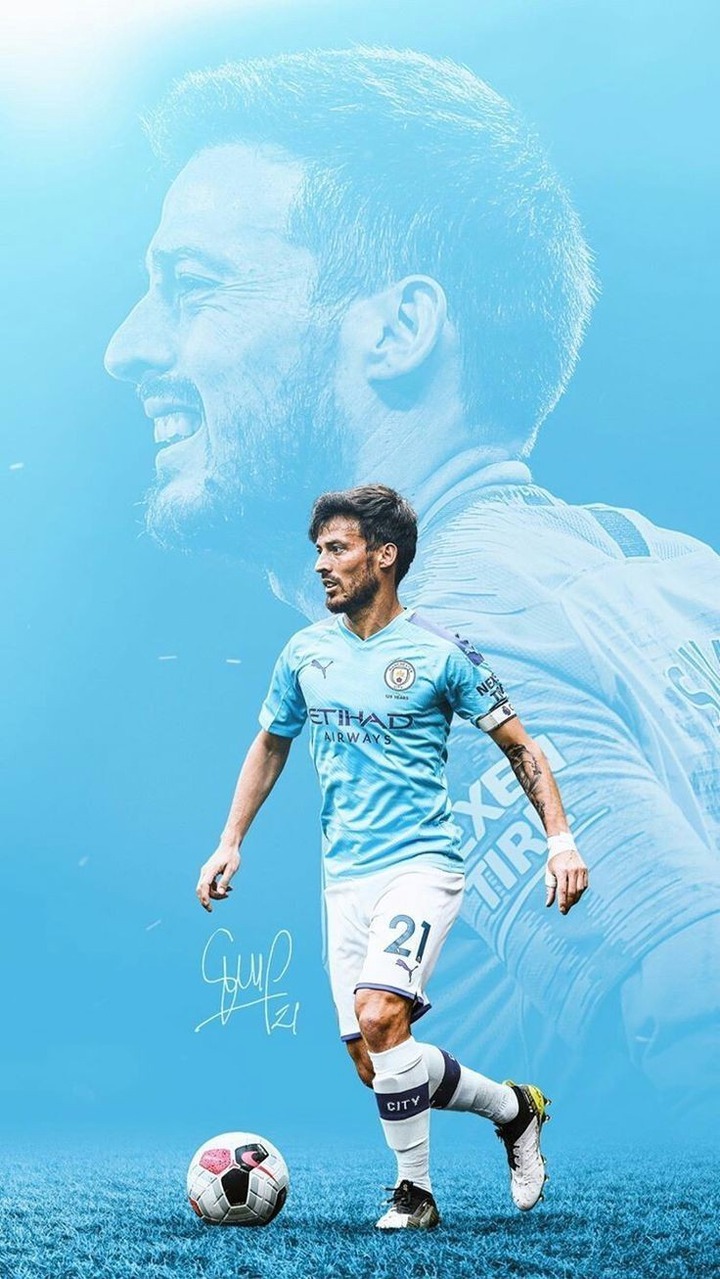 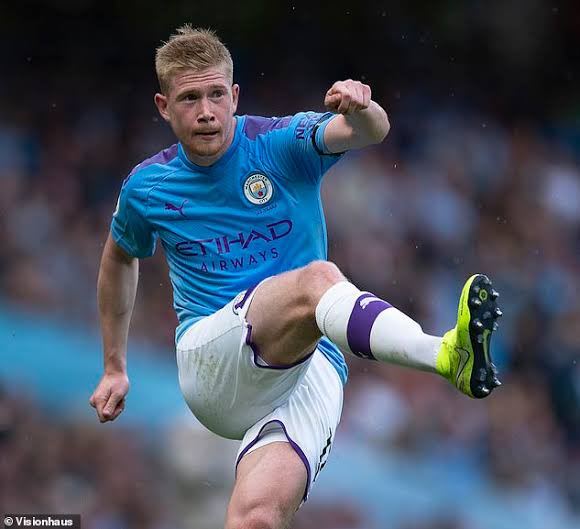 Attacker: Raheem Sterling could be the left-winger, Ferran Torrese who is rumored to join Man City next season at Right-wing and Sergio Kun Aguero as the striker. 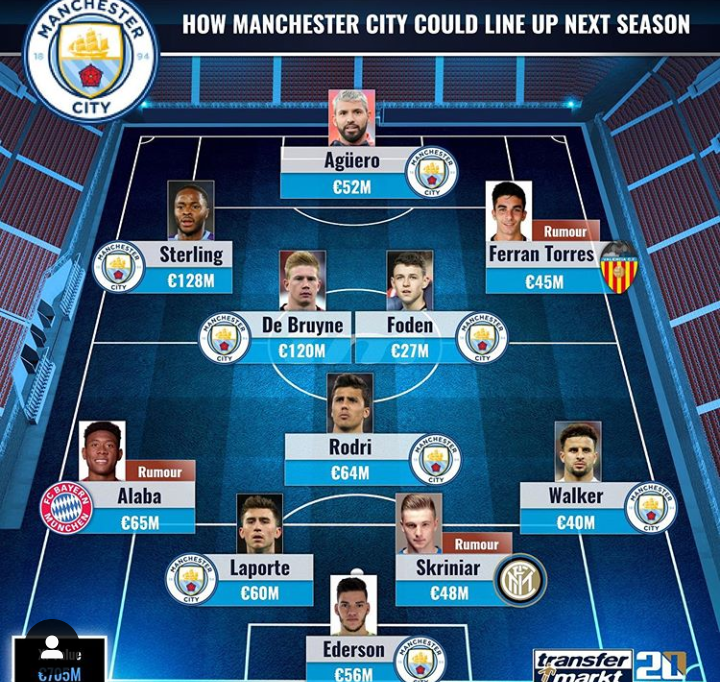 This is how I think Manchester city could lineup next season.

I believe this team will win the EPL and Champions League. What about you?